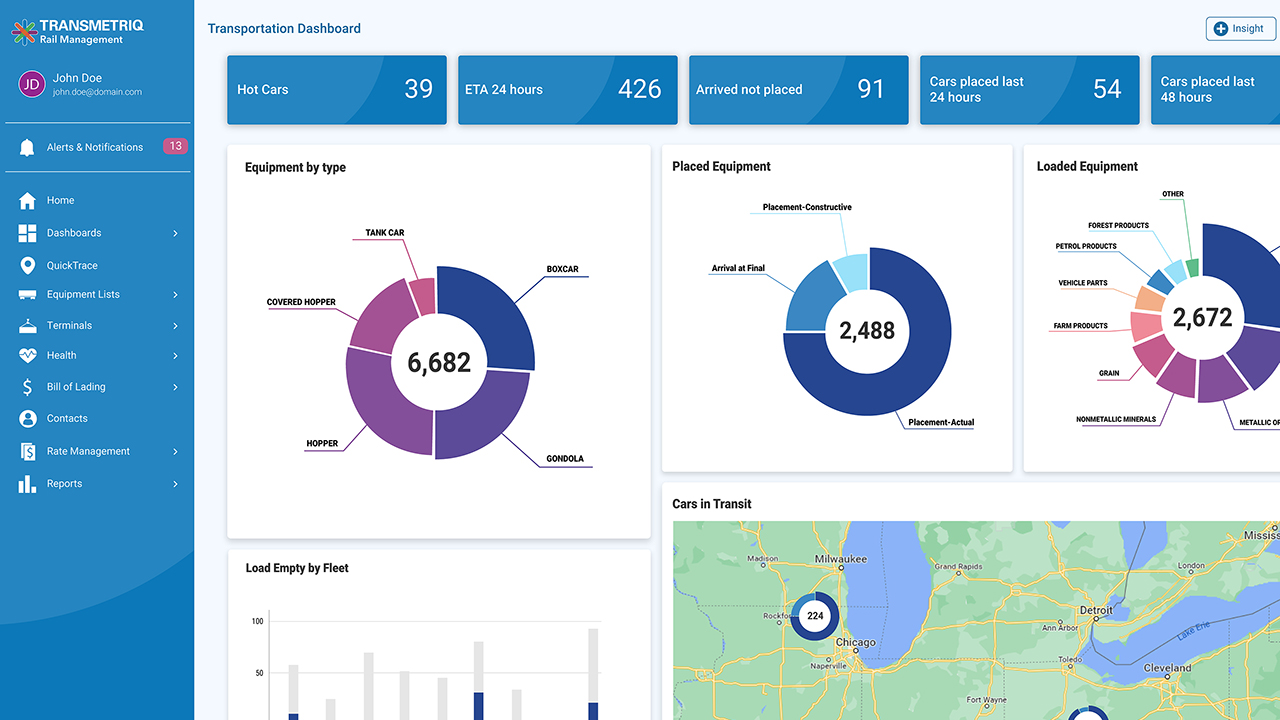 TransmetriQ’s Rail Management System, the “the one-stop shipping platform,” now offers an eBOL module to simplify and speed the shipping process, the company reported on Nov. 16.

According to TransmetriQ, the eBOL module automatically converts key shipping data into language and formats necessary to initiate rail shipments including:

All seven Class I railroads are using the module, reported TransmetriQ, which will add it, on request, to the Rail Management System of any current user shipping via any North American railroad.

“Shippers can now eliminate time-consuming and error-prone manual translation of their shipment tendering information into rail-specific terminology,” TransmetriQ Product Manager Danny Dever said. “The system is designed to both speed bill of lading creation and, most importantly, eliminate reworks after eBOLs are submitted.”

Vancouver, B.C.-based RHT RailHaul Technologies Inc. on Nov. 16 reported the completion of design, manufacture and assembly of its first battery-powered demonstration railcar for the mining industry. Based on a traditional side-dump car, RailHaul has added a battery-electric propulsion system as well as a remote operating and control system. The RailHaul heavy-haul railcar provides an alternative to heavy-haul diesel mine trucks, according to the manufacturer.

“Studies of mining clients’ haul routes have revealed potential cost savings of 30% to 40% and a reduction of CO2 emission up to 95%,” RailHaul reported. “This is consistent with long-term results from the conversion of urban diesel buses from diesel to battery-electric.”

Operational and validation trials of RailHaul’s demonstration car are now under way.

“The RailHaul system is based on a self-propelled heavy-haul rail vehicle, controlled remotely or semi-autonomously and operated individually or in a multiple unit combination of powered and unpowered railcars,” according to the manufacturer. “The vehicles are highly configurable and provide for distributed power and energy harvesting capability. This enables the vehicle to climb much steeper grades at higher speeds for added productivity than traditional rail or truck systems. The initial focus is for open-pit mining applications, ports, and remote communities. …”

RailHaul said that its commercial vehicle is expected to be available next year for demonstrations at mining sites and rail maintenance locations to show how it can handle steep grades and extreme conditions, and to validate its “environmental benefits and economic value.”