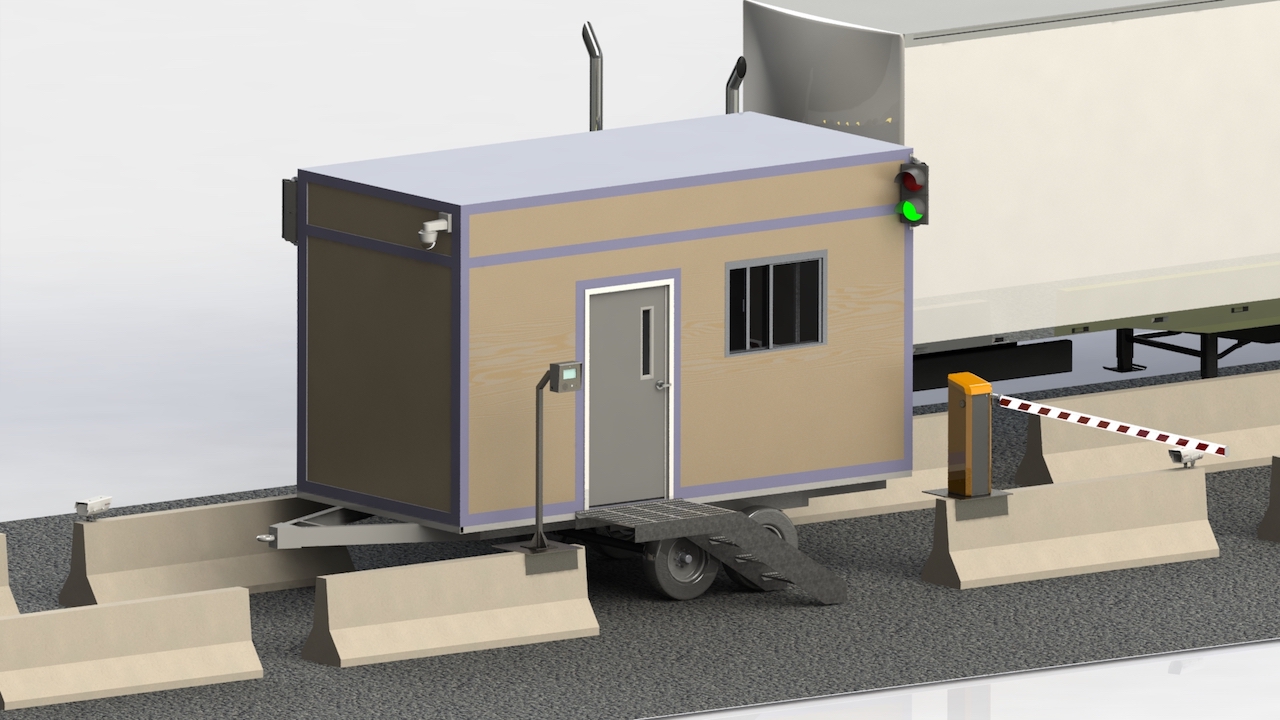 Rendering of Nascent's ReadyGate system. The new RapidGate system, according to the company, is 100% self contained in a solar powered 20-foot shipping container.

According to Nascent, the RapidGate solution “takes 26 years and more than 1200 lanes of gate automation expertise from Nascent and integrates components and software from that solution into a wholly new Buckeye Mountain RapidDeploy power and communications device proven at hundreds of container facilities in North America.” The new offering, the company says, “empowers facility operators to transition away from manually operated entry and exit checkpoints and into more automated, secure and environmentally friendly gate operations.” According to Nascent, the fully integrated system is 100% self-contained in a solar powered 20-foot shipping container that is “fast and easy to deploy and requires no costly physical infrastructure or permits.”

“Nascent, and our sister company Envase, which provides drayage TMS platforms for [more than] 30% of the intermodal market in North America, is committed to optimizing the supply chain ecosystem,” said Envase CEO Larry Cuddy. “RapidGate is tailor made for small, typically leased container depots that historically have been unable to afford a traditional AGS due to all the site preparation costs.”

According to Nascent, RapidGate enables any facility to:

RapidGate, Nascent says, is installed quickly and without invasive trenching and underground conduit and without involving any local resources to provide AC power or remote internet connections needed for monitoring, support and exception handling. The net result, the company adds, is an entirely self-sustaining AGS outfitted with a solar powered battery array and redundant 5G remote internet communications that can be dropped onto any facility and be operational in a matter of days.

According to RSSI, the scholarships are worth $12,000 payable in eight $1,500 payments before each semester. Recipients, RSSI says, must be enrolled in an accredited North American institution of higher learning and maintain a 3.0 GPA base on a 4.0 scale.

This year, there were 36 qualified applications, which were judged by three independent judges in ten categories, including academics, leadership, goals, essay and letters of recommendation.

The judges scores were tabulated, and the overall top scoring applicants were reviewed and approved by the RSSI Scholarship Committee.

Reese Scott Myers —The W. Ed Rowland scholarship has been awarded to Reese Scott Myers. Reese lives in Cordova, S.C., where his father, Michael Myers, is an employee of The Okonite Company. Reese has been accepted to Clemson University where he will study Computer Science. He plans to obtain a bachelors and master’s degree from Clemson and then work in cyber security for the Department of Homeland Security.

Ella Fries—This year’s winner of the James R. Higginbottom scholarship is Ella Fries. She lives in Lees Summit, Miss., where her father, Jeff Fries, is employed by Alstom. Ella will be attending Maryville University where she will major in Physical Therapy. She is a competitive swimmer and hopes to qualify and compete for the NCAA Division II National Championship at Maryville.

Jaden Vandenburg—The recipient of the Ron McDaniel Scholarship is Jaden Vandenberg. Jaden lives in Dublin, Tex., with her parents Anthony and Sabrina Vandenberg. Jaden’s father is employed by RAILWORKS. Jaden has been accepted to Tarleton State University where she will pursue a bachelor’s degree in accounting. After graduating from Tarleton State, she plans to enroll in the master’s degree at Texas A&M. She hopes to one day be a CPA and open her own accounting firm.

Tel Aviv, Israel-based rail cybersecurity solution company Cervello has been named a winner at this year’s Railway Technology Excellence Awards, the company announced on Sept. 13. The company was ranked as a “leading solution provider in the railway industry,” recognized under the category of Business Expansion in Technology following a series of important company announcements. According to Cervello, the award has been granted to those who have “utilized technology to optimize travel time, provide cybersecurity solutions and create stable systems solutions.”

The recognition, Cervello says, comes on the heels of the company having achieved two industry firsts: being granted the “first-ever U.S. patent covering Artificial Intelligence (AI)-based cyber-protection for railways,” and becoming the “first known company to provide a full-scale, cross-country cybersecurity protection plan for the entire railway command and controls network of a national railway line, Swiss Federal Railways (SBB).”

“We are honored to be recognized by Railway Technology for our developments and hard work in 2022, and to have been named the winner of Business Expansion in the areas of technology and innovation at such a pivotal time for rail cybersecurity,” says Cervello Co-Founder and CEO Roie Onn. “We will continue empowering the digitalization and advancement of the industry with solutions that allow rail organizations to operate safely and more efficiently.” 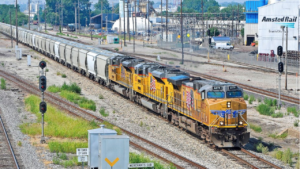