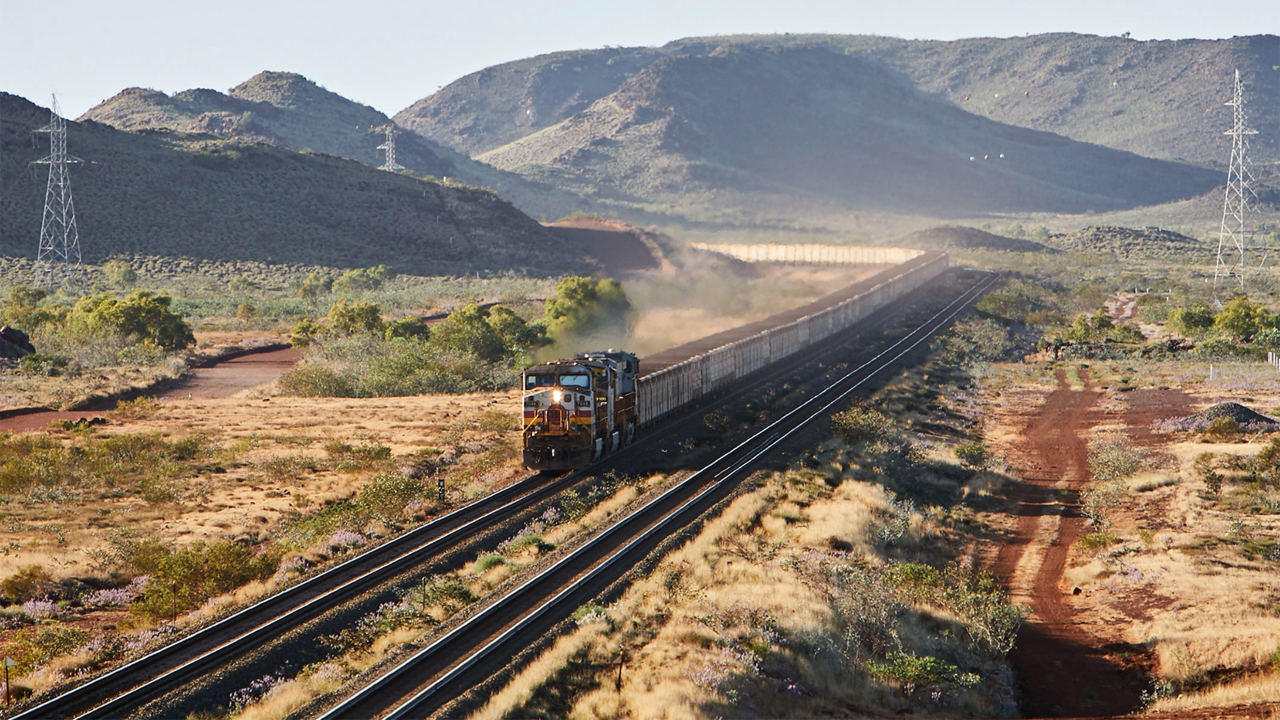 As part of its AutoHaul program, “Rio Tinto is seeking to add a forward-looking capability to its autonomous trains to detect obstacles on and along the tracks,” according to Rail Vision, whose Main Line system will be used to detect different types of obstacles at various ranges as part of a three-month pilot. (Photograph Courtesy of Rio Tinto)

The Humatics Rail Navigation System (HRNS) was deployed on 0.93 miles (1.5 kilometers) of Hitachi Rail’s test track in Naples, Italy, and on one test vehicle, integrated with a CBTC simulator. HRNS completed a series of tests to determine positioning and speed performance, and Hitachi Rail concluded that it met all CBTC odometry requirements.

“The Humatics Rail Navigation System is a viable option for future integration with Hitachi Rail’s CBTC signaling systems, and part of our wider ‘Digital Railway’ strategy,” said Leonardo Impagliazzo, Chief Director, Digital and Innovation for Hitachi Rail. “We also see its potential application with GNSS-based signaling systems such as PTC and ERTMS and for light rail, monorail and people-mover applications. … [W]e look forward to continuing to collaborate.”

“This is an incredible milestone for Humatics and Hitachi as we both look to provide innovative solutions for the signaling industry,” Humatics CEO Shawn Henry said.

According to Humatics, the companies “are moving forward to bring the joint solution to market and to prove its capabilities for other applications.”

In related developments, the New York Metropolitan Transportation Authority (MTA) in July 2021 awarded a $14 million, 15-month contract to the joint venture of Humatics and Siemens Mobility to develop an interoperable UWB specification “enabling competition, expanding the UWB ecosystem, and building the foundation for UWB to be used in revenue service” on the MTA New York City Transit (NYCT) rapid transit system as it transitions to CBTC.

Rio Tinto on Dec. 28, 2018 successfully completed its $940 million AutoHaul project to automate the operation of its 1,054-mile heavy-haul rail network in the Pilbara region of Western Australia—the Mine of the Future™, which it has described as the “world’s largest robot and first automated heavy-haul, long-distance rail network.”

AutoHaul™ technology, developed by Hitachi Rail STS, is based on the international standard digital radio-based signal and train protection system ATO over ETCS (European Train Control System, the signaling and control component of the European Rail Traffic Management System, or ERTMS) Level 2 at GoA4 (Grade of Automation 4), which enables fully automated train operation. Locomotives fitted with AutoHaul™ software also have on-board cameras to permit constant monitoring from the Rio Tinto operations center in Perth, more than 930 miles south of the Pilbara region. In addition, all grade crossings along the right-of-way have been equipped with CCTV upgraded to what Rio Tinto has called “the highest safety standards.”

Rio Tinto trains are said to have safely traveled more than 2.8 million miles (4.5 million kilometers) autonomously since they were first deployed in 2018.

As part of the AutoHaul program, “Rio Tinto is seeking to add a forward-looking capability to its autonomous trains to detect obstacles on and along the tracks,” according to Rail Vision. The mining company and Hitachi are slated to test the Rail Vision Main Line system’s detection of different types of obstacles at various ranges. Rail Vision’s contract with Hitachi will allow for three months of testing, with an option for six additional months.

The Rail Vision system is described as “an artificial intelligence (AI)-based solution that enables railway operators to improve the safety of train operations, prevent collisions and reduce downtime. The system detects and classifies obstacles on or near the tracks within a predefined area of interest and generates real-time visual and acoustic alerts for both the driver and the operator’s command-and-control center. Combining sensitive imaging sensors with AI and deep learning technologies, the tailor-made system provides an extended visual range of up to two kilometers [1.2 miles], under almost any weather and light conditions.”

“We have completed the customization of our solution per the specific requirements of the pilot program, and we are excited to now enter the testing phase,” Rail Vision CEO and Co-founder Shahar Hania said. “The success of this pilot project has the potential to rapidly accelerate the rollout and adoption of our technology across the rail industry.”