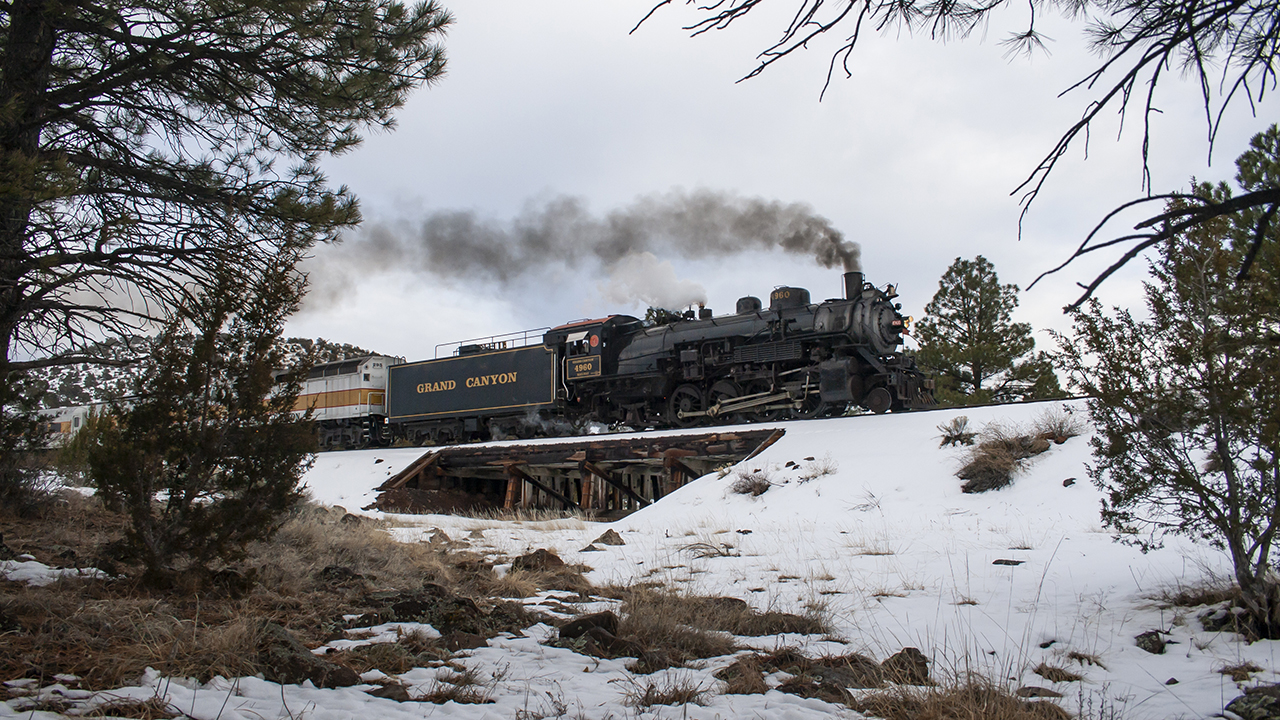 Grand Canyon Railway steam locomotive no. 4960 will return to the rails hauling excursion trains this year.

The 1923 Baldwin Locomotive Works-built locomotive will operate on eight dates—the first Saturday of each month from April through September and on Earth Day (April 24) and Sept. 18, the 210th anniversary of the Grand Canyon Railway—hauling the 9:30 a.m. departure from Williams, Ariz., to the Historic Village inside Grand Canyon National Park. Ticket prices are the same as for trains hauled by diesel locomotives.

Grand Canyon Railway No. 4960, nicknamed the “Green Machine” because she operates on recycled vegetable oil and water derived from snow melt (not to mention her dark green boiler jacketing and tender), is a 310-ton class O-1a 2-8-2 Mikado-type steam locomotive originally built by the Baldwin Locomotive Works in Philadelphia in 1923 for the Chicago, Burlington & Quincy for freight service. The CB&Q spared her from the scrapper’s torch in 1957 for use on its steam excursion program alongside 4-8-4 Northern-Type class O-5b No. 5632, until the program was shut down in 1966. She was sold to the Circus World Museum before being returned to operation by the Bristol & Northwestern Railroad. Today, she runs for the Grand Canyon Railway, pulling tourist trips between Williams, Ariz., and the Grand Canyon National Park alongside former Lake Superior & Ishpeming 2-8-0 Consolidation-type No. 29.

The railway notes 4960 and her steam and diesel siblings “carry hundreds of thousands of people a year and keep about 70,000 automobiles off the roads leading into the national park.”