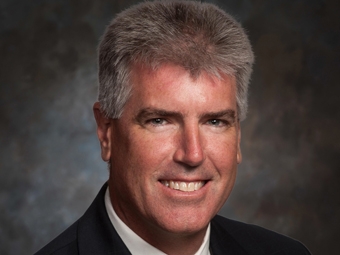 One of the largest rail labor unions—the International Association of Sheet Metal, Air, Rail and Transportation Workers (SMART)—will have a new president May 1 upon the unexpected retirement April 30 of SMART General President Joseph J. Nigro.

Joseph Sellers Jr. has been elected to succeed Nigro, who said March 17 he is retiring for health reasons and upon the recommendation of his physician. Elected to succeed Sellers as General Secretary-Treasurer was Nigro’s Chief of Staff Richard McClees. All three were officers of the larger Sheet Metal Workers International Association that is the controlling organization in SMART.

The former United Transportation Union (UTU) was merged into SMART as SMART’s Transportation Division in 2011 following some four years of legal wrangling that ended with a binding arbitration decision favoring the merger. Upon the 2013 retirement of UTU President Mike Futhey, who sought to block consummation of the merger his predecessor had negotiated, UTU Vice President John Prevesich became president and reports to the SMART general president.

Some 47,000 of SMART’s 216,000 members are rail workers—overwhelmingly conductors, but also locomotive engineers, yardmasters, and sheet metal workers employed by freight railroads, Amtrak, and commuter railroads. The Transportation Division also represents some 8,000 municipal bus drivers and a small number of airline pilots and flight attendants. Among other large rail labor unions are the Brotherhood of Locomotive Engineers and Trainmen (BLET) with some 55,000 members, and the Brotherhood of Maintenance of Way Employes (BMWE) with some 40,000 members. Both are affiliated with the Teamsters.