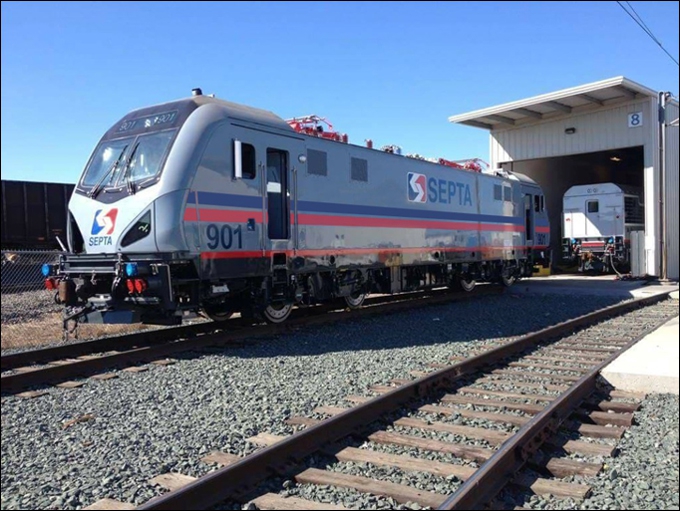 SEPTA awarded Siemens a $118 million contract in 2015 to supply 13 ACS-64s to replace its eight AEM-7 and ALP-44 locomotives on Lansdale-Doylestown, Paoli-Thorndale, and Wilmington-Newark commuter services, and expand the electric locomotive fleet to meet additional ridership demand.

The ACS-64s will operate with SEPTA Regional Rail’s existing fleet of 36 Bombardier double-deck coaches as well as 45 new coaches ordered last year from CRRC Tangshan, which are due to be delivered from 2019 onwards.

SEPTA says it does not yet have a firm date for introduction of the ACS-64s, but the first units will enter service “sometime in early 2018.”

Last year SEPTA leased an Amtrak ACS-64 to test clearances on its branch lines and in Philadelphia’s Center City Tunnel.