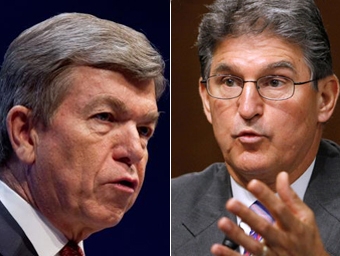 Bi-partisan legislation has been introduced in the Senate to remedy what are termed “significant challenges in the federal environmental permitting process” that delay and discourage railroads from constructing additional capacity.

“Our nation’s railroads move 29 million carloads every year and take millions of trucks off the road,” Manchin said, “but critical investments are needed to remove bottlenecks and improve the efficiency of the system. Unfortunately, these important projects languish on the vine year after year due to a relentlessly bureaucratic federal permitting process.”

Blunt said that “freight rail traffic is growing, which means we need more infrastructure to move goods and services and ensure that rail remains a major component in our economic future.”

Railroads “strongly support” the bill, which they call a “common sense” reform.

Similar legislation could be introduced in the House, or the Senate version could be sent to the House for a vote.

Thune and Blunt also support extension of the PTC implementation deadline. They, along with Bill Nelson (D-Fla.), Claire McCaskill (D-Mo.), and Mark Pryor (D-Ark.), introduced the Positive Train Control Extension Bill, which would extend the statutory deadline for PTC implementation by five years to Dec. 31, 2020, and provide an optional two-year extension if FRA approval is granted.