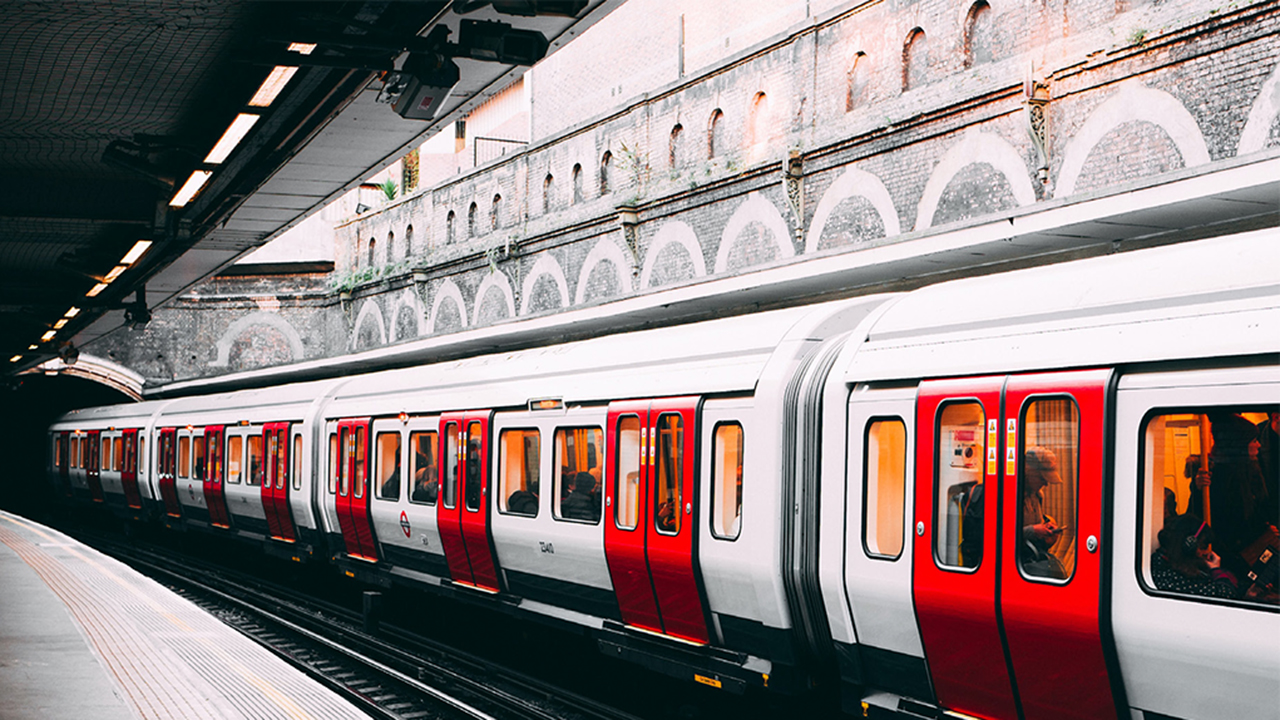 Thales SelTrac™ G8 is the latest iteration of a technology which has evolved from a wayside/central-office-based inductive loop platform to an onboard (vehicle)-centric RF (radio frequency) platform offering a level of flexibility and configuration options.

“CBTC has been a global rail signalling solution for decades,” says SelTrac™ Senior Product Line Manager Rob Vandervecht. “There has been an evolution of the different technologies, or building blocks, within our system, over time. Basically, what we’re seeing is a lot more need for evolution. There’s a faster rate of technology change, and the needs that are driving that change are accelerating.”

A component, product or service is described as being technically obsolescent when it is superseded by something that may not be backwards-compatible. With CBTC, it is primarily computer hardware and software, and communications. For example, obsolescence of a microprocessor has the potential to render its LLRU (Lowest Level Replaceable Unit), typically a board, obsolete. Unless a board with the same FFF (Form, Fit and Function) can be sourced, the entire subsystem is at risk of obsolescence.

Functional obsolescence occurs when a CBTC system cannot be adapted to meet evolving needs. For example, with CBTC systems that are currently “attended automated” (GoA2 and GoA3), operators may want an option to upgrade to fully automated unattended driverless operation (GoA4). They may want to upgrade train-to-wayside communications from inductive loop to RF: 802.11 or  LTE (Long-Term Evolution). Enabling this requires a forward-compatible overall system architecture capable of supporting progressive upgrades.

This is exactly what SelTrac™ G8 has been designed to do. “Its foundation is what we’re calling our new digital architecture,” says Vandervecht. “Thales based it on common hardware platforms with the ability to abstract different layers of software. Simplistically, what that means is we can deploy proven hardware in a number of different configurations and upgrade it by software at a later time. As a base example, you could install the hardware today, configure it as a standalone interlocking, and at a future point, upgrade it to a CBTC Zone Controller, using the same hardware. Scalability, or flexibility, is a key feature. Evolution is going to be important as technology changes. With systems like CBTC that have lifespans of 20 or 30 years, operators will want the ability to add the latest technologies that provide new features and functionalities. You don’t want to obsolete a whole system because one element of it has gone obsolete. This is key for our customers, as far as reducing life cycle costs. It’s the base-level theme for next-generation G8. Put another way, it’s a number of different applications of the same hardware platform and architecture in which the application software changes for new deployments.”

“The key thing we’re looking at for SelTrac™ G8 are brownfield systems,” Vandervecht notes. “Everyone’s focus is to reduce costs, and something we’ve always been focusing on is reducing the amount of equipment on the track bed or wayside. “We’ve already done that by removing the need for a secondary form of vehicle detection. In this new architecture, we’ve implemented a new wayside object controller for devices like turnouts, emergency stop buttons and platform screen doors. The package is small, and very configurable and deployable. We can create the right amount of hardware to be deployed in different wayside situations. There’s a lot of flexibility.”

Another important feature of SelTrac™ G8 is its “radio-agnostic” approach. “Radio technology has taken off in the past few years, and we’re well past that point of a one-size-fits-all radio solution for a CBTC system,” says Vandervecht. “We’ve adopted different radio technologies in the past, and what we’re doing here is modularizing the radio communication aspect of our solution—something we’re calling a modular communications gateway. That gives us a great deal of flexibility supporting LTE, public or private, and a number of unlicensed-spectrum radios. We can evolve to 5G if we want, and we can even combine the radio technologies for a geographic system expansion, for example, LTE in the outer environs and unlicensed high-speed radios in the core of the network. We can now choose the radio technology that best fits the application, again to lower costs and reduce deployment time.”

For example, on a given line, there may be a combination of terrain that creates radio propagation variability—above-ground tangent track where line-of-sight communications aren’t an issue. Tunnels. Curves going through deep cuts. SelTrac™ G8’s radio-agnostic feature enables it to be fitted with what works best in a particular environment. “In a tunnel environment where you’re not going to get propagation from a public LTE radio network, you’re going to be installing your own infrastructure,” Vandervecht points out. “You can now choose the 2.4 GHz unlicensed band, or 5.9 GHz, the licensed frequency band that has been allocated by the European Commission for urban rail. It remains to be seen how popular this kind of mixed technology is going to be, but it’s definitely a possibility, especially for operators who may have an existing radio technology and want to expand with a different type. We’re seeing a lot more interest in private LTE networks.”

The vast amounts of data communications required for everything from train control to customer information systems means that cybersecurity is a growing concern for operators. “Cybersecurity aspects must be designed into a system from the beginning,” Vandervecht says. “Obviously, when you’re adopting different wireless technologies, you still have to consider the cybersecurity implications of, say, a public LTE cloud or a private implementation. That’s one of the communications gateway features of SelTrac™ G8. For wayside architecture, as we’re starting to deploy a more object controllers or remote I/Os, we have to consider communications cybersecurity aspects. As we start to get away from dedicated fiber-optic lines between locations, embracing new technologies like software-defined networking and different methods of connecting everything, we must rely on ‘zero-trust security’ approaches. This will always be a big focus, because you need it with an advanced, upgradable digital architecture like this.”

While the basic function of CBTC is safety-critical train control, there are many other functions that can be incorporated, everything from passenger information systems to onboard vehicle health monitoring and diagnostics, in real time. For a transit system, it’s all based upon providing reliable service—trains show up when they’re supposed to and get customers to their destinations safely and on time. As such, Data management has become critical.

“A big part of SelTrac™ G8 architecture are the underlying protocols and software and data services that tie everything together,” explains Vandervecht. “These have been enhanced not only for cybersecurity but for a lot of diagnostics and data management services that will allow us to monitor and troubleshoot and perform predictive maintenance. They enable so many other important underlying functions. CBTC data is, naturally, our top priority. We make sure it has a quality of service and a latency so that there are no safety implications. Then, we have different levels of service or different types of data streams that will support data diagnostics, troubleshooting or passenger information. When it’s architected properly, you have a lot of flexibility and functions.”

Another key aspect of SelTrac™ G8 is its compatibility with Thales’ NGPS (Next-Generation Positioning System), an autonomous train position system that underwent a proof-of-concept with MTA New York City Transit. Instead of conventional odometers and tags, NGPS uses inertial navigation, radar and radio ranging sensors or GPS. These features are combined with a 3D reference map to determine precise train position. In the future, LIDAR (Light Detection and Ranging) and high-definition video cameras will provide additional data to enable capabilities such as obstacle detection.

“Cost-effective and easy to deploy, autonomous positioning is more reliable than conventional systems,” Vandervecht says. “It’s a level of technology that’s going to provide a lot of benefits and functionality for our CBTC system. It’s going to allow us to deploy faster, lower costs and improve performance. By architecting it properly and setting it up, SelTrac™G8 is ready to receive NGPS. It’s autonomy-ready, and we designed the product to be able to take advantage of those benefits.”

For brownfield CBTC systems, installation, testing and life cycle costs are critical considerations. “As you’re migrating to CBTC, you don’t have a lot of track access, and that will drive your deployment schedule,” Vandervecht points out. “NGPS is based upon sensors that are no longer mounted underneath a vehicle, so that makes it easier to implement and install. However, we’re also trying to get to the point where the benefits as realized by an onboard autonomy or positioning system are recognized a lot sooner. You don’t have to wait until a detailed wayside implementation is installed before you start seeing its benefits of it. If you move more of technology onboard, as trains are deployed, you start seeing some of the benefits immediately. NYCT is a driving force for the NGPS platform, and for the adoption of UWB, which we demonstrated in early 2020.”

“We’re living through interesting times now with COVID-19 and probably not fully realizing the impact that it has on urban transportation systems,” Vandervecht says. “One of the most important benefits of SelTrac™ G8 architecture and its flexibility is that it can adapt a lot quicker to a fast-changing environment. If new communications technology or anything else comes along, it helps us, as a company be much more flexible. Some operators believe that making the jump to CBTC is a big step, but the evolutionary nature of our architecture means it’s less of a Big Bang approach. We believe that aspect of our system demonstrates the benefits of taking the first steps. That’s a good thing.” 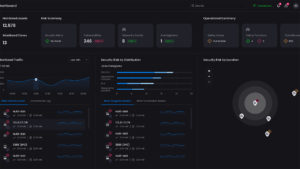 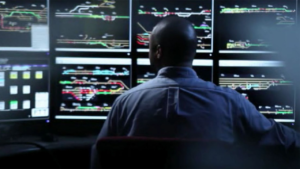 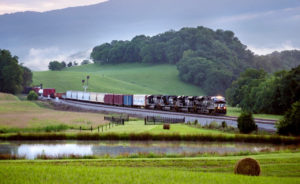