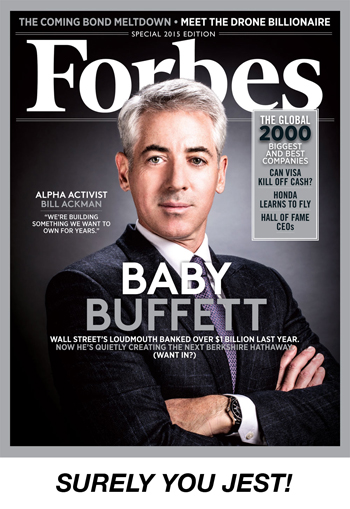 Well, it’s all over but the ruminating and regurgitating: Hedge fund king Bill Ackman had his blinders ripped off, read the handwriting on the wall, and wisely deep-sixed his attempt to bolster his sagging pockets by going after Norfolk Southern, a damn good railroad that doesn’t need a radical makeover.

Canadian Pacific is a great railroad. Always will be. E. Hunter Harrison is a great railroader, an icon, arguably one of the best operating executives of all time, not to mention a two-time Railway Age Railroader of the Year. He always will be. Stanley Crane didn’t need a transcontinental to shape his legacy. Neither did Bill Brosnan. Or John Barriger. Or the Claytor brothers, Robert and Graham. Or Jack Fishwick. Or Al Perlman. Or William C. Van Horne. Or James J. Hill. Or William Wallace Atterbury. Or Samuel Rea. Neither does Hunter Harrison. He and his leadership transformed the Illinois Central, CN, and CP into better railroads.

Ackman brought Hunter to the CP and made him his trump card, his vehicle for tripling the railroad’s stock price and enriching his coffers. He couldn’t have pulled anything off without Hunter. And yes, he provided Hunter an opportunity to do what he does best, and Hunter delivered, as we all knew he would. But let’s see what Ackman does next, now that Norfolk Southern, the railroad industry, the railroad shipping community, and the United States government have told him to take his hedge fund and shove it. Ackman may have been hell-bent for horsehide, but it’s his hide that’s been tanned.

My guess is that Ackman will eventually dump all his CP shares, like another hedge fund with a very dubious name, the “Children’s Investment Fund,” did with its CSX shares a few years ago, and move on to his next target. That’s the difference between him and an investor like Warren Buffett. Mr. Buffett loves our industry, believes in it. Ackman doesn’t. He couldn’t care less about it. And he couldn’t care less about Hunter Harrison, who does love this industry and wants to leave it a better place. I believe—and I think many would agree—that Ackman’s only interest in Hunter is what he can get out of him.

When history books are written years from now, E. Hunter Harrison will be listed among the great railroaders of the late 20th and early 21st centuries. Ackman? He’ll be long-forgotten, an asterisk at best. “Bill who? Oh yeah, what’s-his name, that hedge fund guy.”

There, I’ve said it. Call me what you want: naïve, an idealist—which I am, a foamer, an apologist—whatever. This is how I have always felt, deep down in my gut. I don’t like or trust hedge funds. They’re based on greed. They’re inherently sinister. They have little or no place in our great industry. They may create some benefits, but nothing the railroads can’t figure out on their own. I do realize, however, that there were many agendas in play here, corporate or other. So what? It’s the outcome that matters.

Norfolk Southern? Another great railroad, with a long lineage of strong leaders: Arnold McKinnon. David Goode. Wick Moorman. And now, Jim Squires, who I will call “Squire James,” the knight on the Thoroughbred who successfully fended off a hostile, unnecessary takeover attempt by William of Ackman, King of Hegefundmoney.

Am I being too harsh? Perhaps. But, dear readers and railroaders, this is my blog. I can say what I wish, within reason. As legendary jazz drummer Buddy Rich, whose tongue could be as sharp and fast as his double-stroke rolls, once told an audience, “You have a request? I don’t take requests. This is my band. I play what I want.”

Now that I’ve opened my big, Newark, N.J., Italian-bred mouth, here’s what others have to say:

• Cowen and Company Managing Director and Railway Age Wall Street Contributing Editor Jason Seidl: “Calling off the dogs: CP is walking away from a negotiating table that never really existed. Presumably it was the Department of Justice’s opinion last week that broke the camel’s back as the company feels there is no clear path to a friendly merger. Unless another party should take the issue up, shareholders will not be voting to urge NS management to speak with CP management. As we’ve been saying for some time, the likelihood of a deal getting done was a long shot. In recent weeks, many parties have expressed their opposition to a transaction, but the most significant deterrent came on Friday (April 8), when the DOJ’s press release hit the wires. The DOJ said the voting trust proposal put forth by CP “makes no sense.” Other recent letters of opposition came from the U.S. Army and Rep. Bill Shuster, the Chairman of the House Transportation and Infrastructure Committee. This followed several high-profile transportation companies coming out against the deal, such as UPS and FedEx.

• A railroad president, speaking off the record: “NS was a potential acquisition victim—prey, really—that escaped. The hunter (no pun intended), EHH/Ackman and party, underestimated the heights of the external challenges, in particular the influence of the shipping community and government, that big money could not overcome. So there’s a lesson to be learned among the ‘Big Seven.’ The customer is king, with a captivating voice, and government does have the capability of non-regulatory influence. Combining the two makes it very clear: Do what you’ve committed to do when it comes to the customer and fulfill your regulatory requirements, without exception. It will afford nothing but upside in the way of customer growth and weaken the need for any further regulatory tightening. Customers and government are powerhouses to be respected, not fought, provided you perform to the expectations set forth before you.”

• Edward Wytkind, President of the Transportation Trades Department, AFL-CIO: “We are pleased that Canadian Pacific has ended its ill-advised hostile takeover bid for Norfolk Southern. In February, the Executive Committee of the Transportation Trades Department, AFL-CIO urged regulators to reject ‘merger schemes’ that harm the economy, freight service, safety and the public interest, and slash middle-class railroad jobs. Canadian Pacific’s plan failed on every count. On [April 8], we continued to speak out against this transaction with a filing before the Surface Transportation Board. We will now turn our attention to ensuring that America’s freight railroads continue to be an engine for middle-class job growth and economic expansion.”

• House Transportation and Infrastructure Committee Chairman Bill Shuster (R-Pa.): “I believe this proposal was bad for America, and our nation’s military also raised concerns about the negative implications it could have for national defense. This merger was not in the best interests of the country, the U.S. freight transportation system, railroad employees, rail shippers and short line railroads, and I am glad that Canadian Pacific heard that message and decided to move on. The railroads should now focus on improving the movement of goods to continue our economic growth.”

Railway Age Capitol Hill Contributing Editor Frank Wilner: “I think much of the glitter fell off Ackman after he compared Valeant’s CEO, Michael Pearson, to Warren Buffett. Nobody is calling Pearson a genius anymore, with Valeant’s stock down 90% and Ackman’s Pershing Square in deep doo doo as a result.”

And here are two excellent headlines (wish I’d have thought of them): “Ackman’s Train Deal Runs Out of Track” (Bloomberg News). “Canadian Pacific Demonstrates How Not to Pull Off a Merger” (The New York Times).

Finally, from someone very close to me: “Money shouldn’t always have the last word. The biggest mistake a CEO can make is believing that he or she is only accountable to a shareholder, or shareholders. Companies, CEOs included, need to remember that they also report to society and its many stakeholders. This is an example of society saying ‘no’ to a shareholder driven only by greed and profit, which is a very narrow focus. The old-fashioned, old-school ‘business as usual’ approach doesn’t work any more. More and more, companies are going to be held accountable to society for their intentions and actions. What happened here is encouraging!” 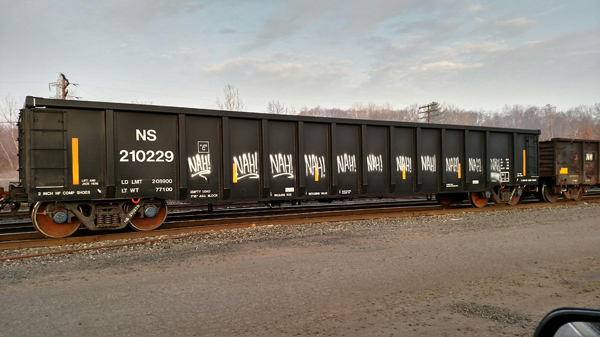