On that day, a beaming New York Metropolitan Transportation Authority Chairman and CEO Thomas F. Prendergast welcomed several hundred invited guests and members of the press to officially open the Second Avenue Subway’s 96th St. Station on Manhattan’s East Side, the northern terminus of the project’s Phase 1. Among the guests was New York State Governor Andrew M. Cuomo, who—perhaps not coincidentally—was born the very same year that The New York Times made its pessimistic prediction. Cuomo, a native New Yorker born and raised in Queens, proclaimed the Second Avenue Subway “New York at its best.”

“Tom Prendergast and the MTA will go down in history,” Cuomo declared to the gathering, among whom were many members of the MTA’s operating and construction unions who worked tirelessly to get Phase 1 of the Second Avenue Subway opened in time for a planned New Year’s Day 2017 service startup. According to Prendergast, it was the Governor who pushed the MTA to meet that deadline, despite the agency having to deal with such construction slowdowns as conducting no heavy work at night to appease local residents and merchants.

“The train is going to run if we have to push it down the tracks!” Cuomo, who knows how to work a crowd, said. While he may have been playing to the crowd, he wasn’t very far off, considering that the Second Avenue Subway was conceived in 1919, and the first construction bond issue occurred in 1929. There had been three prior groundbreakings for this massive project. Each one ended rather unceremoniously when the city and the MTA (or one of its predecessor agencies) ran out of funds. In the meantime, MTA New York City Transit’s Lexington Avenue Line (the 4, 5 and 6 trains) gradually became one of the busiest, most overcrowded subway lines in the world. Historians recall that New York City’s Second and Third Avenue elevated lines were torn down in the 1940s, as they were supposed to be replaced with the Second Avenue Subway.

The 96th St. Station, one of four on Phase 1, which stretches northward in Manhattan from 63rd St. to 96th St., with intermediate stops at 72nd and 86th Streets, is “an engineering marvel,” declared Prendergast. It was constructed by the cut-and-cover method (like much of the Interboro Rapid Transit, New York City’s first subway line in 1904). The endeavor was very difficult, because this area of Manhattan is densely populated. Cut-and-cover construction affected thousands of residents and businesses.

The tunnels for Phase 1 were constructed using a combination of cut-and-cover, tunnel boring and controlled blasting. The tunnel boring machine traveled 50 feet per day on average. The tunnels consist of two 7,800-foot bores, each 22 feet in diameter and an average 80 feet deep. They required excavation of 583,700 cubic yards of rock and 460,300 cubic yards of soil. Most of this material was recycled and used as fill for abandoned mines, artificial reefs, bulkhead reinforcements or road paving. More than 260,000 cubic yards of concrete, 48.9 million pounds of rebar, 40.7 million pounds of structural steel and 1.25 million square feet of waterproofing material were used in construction.

Phase 1 includes 22,000 feet of track, all of it low-vibration and low-noise, thanks to a new method of direct-fixation track construction, where the concrete pads that function as ties are not integral with the concrete-slab foundation. Instead, the ties are individual concrete castings, fastened to the foundation, with an elastomeric pad sandwiched in between. Pandrol clips hold the continuous welded rail to the ties, while an aluminum/composite third-rail provides traction power. For now, the Second Avenue Subway is equipped with New York City Transit’s traditional fixed-block signaling system, with wayside automatic block signals and trip stops. Communications-based train control (CBTC) is down the line, with several major CBTC deployments under way at NYCT.

The 96th St. Station is 1,591 feet long, 57 feet wide, 54 feet deep from street level to running rails, and includes 36,776 square feet of customer space (mezzanine and platform combined), and 95,553 square feet of “back of house” space to house station support equipment. There are three station entrances and 10 escalators. The station, like the ones at 63rd , 72nd and 86th Streets, is of an open, column-free design. One of the more striking aspects is the artwork. At 96th Street, the artwork is “Blueprint for a Landscape,” by artist Sarah Sze.

Phase 2 of the Second Avenue Subway is expected to cost $1.5 billion. It will continue northward from 96th St. up to 125th St. When completed sometime in the 2020s, the entire line will stretch from 125th St. at its northernmost point all the way down to the financial district at the tip of Manhattan. For now, the Second Avenue Subway is an extension of the current Q Line, which originates in Coney Island, Brooklyn.

An estimated 200,000 people are expected to begin using the Second Avenue Subway when it officially opens on Jan. 1, 2017. Rolling stock will be R-160 cars. While it will help ease congestion on the Lexington Avenue Line by absorbing some of the NYCT’s 5.9 million daily riders, it will no doubt attract new ridership. The Federal Transit Administration signed an FFGA (Full Funding Grant Agreement) with the MTA in 2007 to build the Second Avenue Subway. The hope in New York City is that the incoming Trump Administration in Washington will honor that commitment, in keeping with President-elect Donald Trump’s pledge to invest in infrastructure.

5. The Latin phrase E Pluribus Unum—“From Many, One”—adorns one of the staircases joining the mezzanine level with the train platforms. It signifies the numerous people and companies who joined forces to design and construct 96th Street Station.

9. A touch-screen console panel in the platform-level dispatcher’s office is an example of the station’s state-of-the-art technology.

10. Tom Prendergast with KONE Escalator Installation Expert Gerald R. Matawa, one of many subcontractors on the 96th Street Station as well as the 63rd, 72nd and 86th Street stations.

11. Prendergast, always approachable and very connected to the public he serves, converses with a local resident. 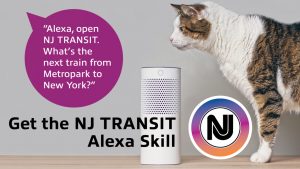