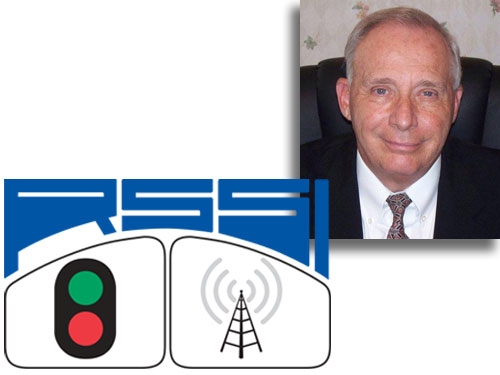 Railway Systems Suppliers, Inc. (RSSI), is a trade association made up of 300 member companies that supply Communications, Signal and IT products and services to rail and transit industry.

The primary function of RSSI is to sponsor an annual exhibition that affords our member companies an opportunity to exhibit their products and services to their rail and transit customers.

Our goal each year is to provide a professional exhibition atmosphere where our member companies can have meaningful interaction with both the managers who decide the long and short term purchasing plans for their companies and the end users who work every day with the products and services.

RSSI has been holding an annual C&S exhibition since 1960.

In 2006, in order to allow the small and medium-size member companies, who make up the majority of our membership, a fair opportunity to spend as much time as possible with the customers, the RSSI Board of Directors adopted the RSSI Entertainment Policy. This policy requires RSSI member companies to refrain from organized private entertaining of customers during the exhibit hours and during RSSI scheduled functions.

In order to maximum the amount of time that the customers are on the exhibit floor, RSSI sponsors breakfast, lunch and dinner during the exhibit hours. These meals are served in food courts in the exhibit hall. Over the years the food courts have become an ideal location for representatives of exhibiting companies and their customers to continue business related discussions.

Although RSSI has had to modify its entertainment policy slightly during the Railway Interchange years, we are grateful to REMSA and RSI for joining us in establishing food courts and meals in their exhibit halls.

As a member of both the executive committee and working group for Railway Interchange the most positive aspect that I have found while working with RSI, REMSA, and AREMA is the total commitment and focus of the staffs of these organizations on providing the maximum benefit to the exhibitors and customers that attend the Railway Interchange Exhibition.

The cooperation and effort that these men and women bring to this complex task has allowed the Railway Interchange Exhibition to become more successful each year that it has been held.

RSSI is looking forward to another successful exhibition in 2015. We have more exhibitors and exhibition booths reserved in 2015 than at any previous exhibition.
We are hoping to set another attendance record surpassing the 8,600 attendees in Indianapolis in 2013.

Railway Interchange has become the “must place to be” for anyone associated with the North American rail and transit engineering industry.