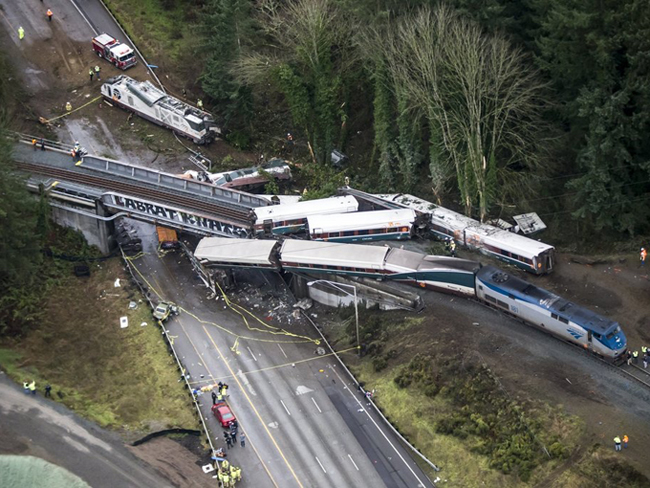 Anybody else here old enough to remember all the way back to June 2, 2015?

If not, don’t worry. I’ll refresh your memory.

Back then, Federal Railroad Administrator-designate Sarah Feinberg testified at a Congressional inquiry into the overspeed derailment of Amtrak train #188 at Frankford Junction.

Administrator Feinberg testified then and there that she did not believe FRA had the authority to issue an Emergency Order to passenger railroads in general requiring mandatory actions to reduce the risks of overspeed derailments. Rather, the EO (#31) could only be issued to Amtrak. Safety recommendations in the form of a Safety Advisory could be issued, but no mandatory actions could be required of the industry as a whole—this despite the history of FRA issuing Emergency Orders to the entire industry when and if a single incident indicated a risk to safe rail operations as a whole; for example EO 20, the famous “delay-in-block” order. This despite the fact that FRA has broad powers in issuing emergency orders under Public Law 91-458:

SEC. 203. EMERGENCY POWERS. If through testing, inspection, investigation, or research carried out pursuant to this title, the Secretary determines that any facility or piece of equipment is in unsafe condition and thereby creates an emergency situation involving a hazard of death or injury to persons affected by it, the Secretary may immediately issue an order, without regard to the provisions of section 202(b) of this title, prohibiting the further use of such facility or equipment until the unsafe condition is corrected. Subsequent to the issuance of such order, opportunity for review shall be provided in accordance with section 554 of title 5 of the United States Code.

This section was amended by Public Law 96-423 to focus expressly on unsafe conditions and practices:

SEC. 203. EMERGENCY POWERS. (a) If the Secretary determines, on the basis of testing, inspection, investigation, or research carried out pursuant to this title, that an unsafe condition or practice, or a combination of unsafe conditions or practices, or both, create an emergency situation involving a hazard of death or injury to persons, the Secretary may immediately issue an order, without regard to the provisions of section 202(b) of this title, imposing such restrictions or prohibitions as may be necessary to bring about the abatement of such emergency situation.

So, in 2014, Joe Szabo, Administrator prior to Feinberg, decided to issue an EO applicable only to Metro-North Railroad, although the condition on that railroad that allowed the overspeed derailment at Spuyten Duyvil existed on all other passenger and freight railroads. The other railroads received “recommendations.”

In 2015, Administrator Feinberg repeated the folly by issuing an EO applicable only to Amtrak, despite the fact that the condition on Amtrak that allowed the overspeed derailment at Frankford Jct. existed on many other railroads. The other railroads received recommendations and advice, and those recommendations and that advice got us to where we are today: DuPont, Wash., hanging off the I-5 overpass after the engineer on Amtrak train #501 on the inaugural run of a new service on its new route, for reasons as yet unknown gave us another lesson in human frailty—operating at 80 mph into a 30 mph curve, but not for long.

The current Administrator—wait, there is no current Administrator. The nominee for that position, Ron Batory, despite extensive experience and obvious qualification for the job, hasn’t received confirmation because Senate Minority Leader Chuck “Where’s the Camera?” Schumer (D-N.Y.) thinks the Federal Railroad Administrator’s position is a suitable bargaining chip for getting federal funding for the Gateway Project. So we have a public relations politico acting as Administrator of FRA.

Word of advice, Chuck? Maybe you should stay away from the Seattle-Tacoma area for the time being?

Why do I say that? Well, I’m an incurable optimist, for one. I think maybe if there had been an actual Administrator at FRA, someone with actual operating experience and operating responsibility, rather than a public relations politico, or a communications expert with a background in social media, or a legislative representative from a union, maybe the Administrator might have noticed that in the application to FRA regarding this new service, over a new route, there were multiple instances requiring that trains achieve a deceleration greater than 20 mph from the previous speed without any automatic enforcement, and that the degree of required deceleration without automatic enforcement violated the intent, the spirit, of the recommendations and advisories issued to Sound Transit (Sounder Commuter Rail), the nominal owner of the route.

I’d like to think that an actual Administrator would have noted that this route was being restored and upgraded with federal dollars, and FRA has the duty to oversee the expenditure of that money, so FRA would have insisted on actual, and continuous, speed enforcement on any new service or route, regardless of the progress or lack thereof regarding PTC.

I’d like to think that a real Administrator would have called his or her Regional Administrator and said “Hey, this is the inaugural run. Call up the Amtrak Road Foreman of Engines out there and tell her or him you are going to be riding the head end from origin to destination, and that you get lonely and you’d like some company.”

And if the Regional Administrator demurred? Well then, I’d expect the Federal Administrator to utter the two most important words you can ever say on the railroad: “Go Home,” followed by, “I’ll come out there and do it myself.”

* Editor’s Note: On Aug. 5, I wrote, “If there’s God forbid another passenger train accident that claims lives (and it matters not whether it takes place in New York or Chicago or wherever) while there’s no leadership at the FRA, what will you say then, Sen. Schumer? This is not to suggest that the presence of a highly qualified leader at the FRA who knows more than a thing or two about safety and operations will prevent accidents from happening. Not at all. However, it certainly won’t hurt. Gateway is important. It needs to be funded and built, sooner than later. But not at the expense of safety. Think about that, Senators, when you play political chess.” It looks like the game of political chess has turned into a dangerous game. — William C. Vantuono