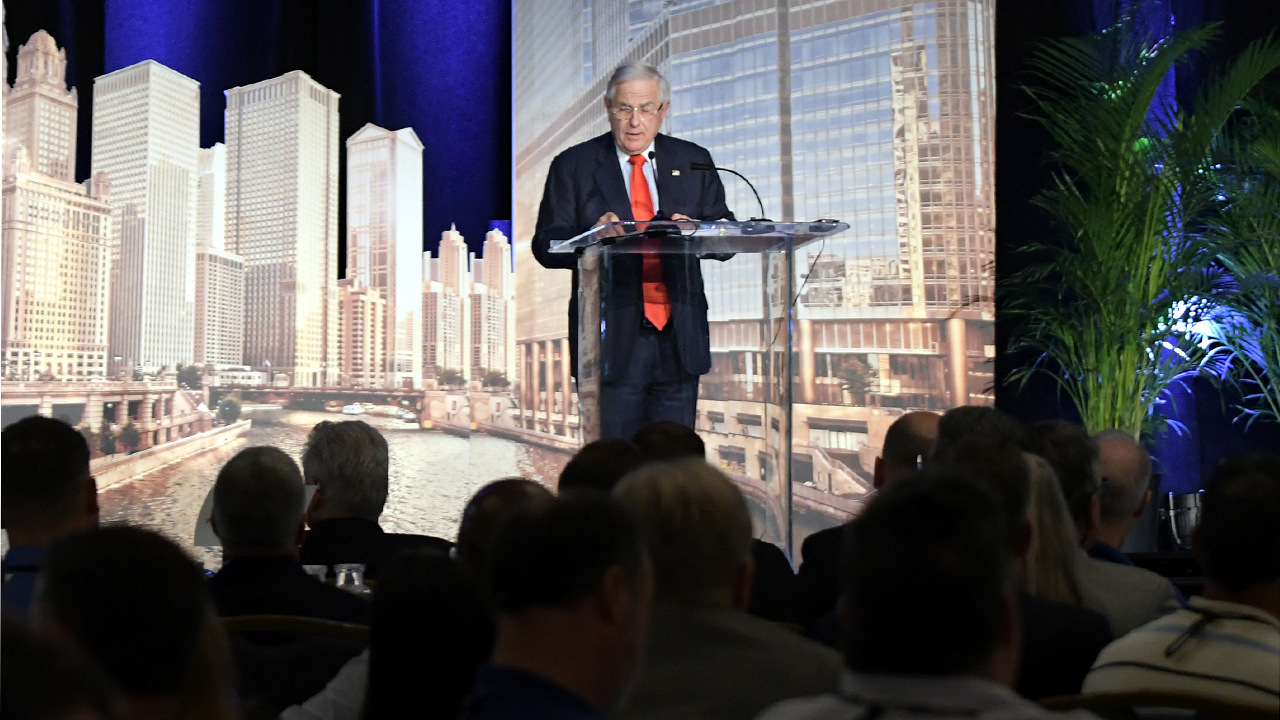 Railway Age is pleased to present the results of its first annual Readers’ Most Influential Leaders poll. We asked subscribers, through an online poll, to nominate active (non-retired) people from all areas of the North American railway industry they believe are the most influential. Here are highlights of the top 10; full profiles will appear in the May issue of Railway Age.

Ron Batory, the 14th FRA Administrator, is widely respected and highly regarded in the railroad industry. Batory began his railroad career in 1971 working as a traveling Freight Car Accounting Auditor for the Detroit, Toledo & Ironton (DT&I) Railroad. In 2004, Batory became President & Chief Operating Officer of Conrail, the eighth largest freight railroad in America, until his retirement in April 2017.

In 23 years as a railroader, Boychuk has risen from a conductor in Western Canada to a key leader of CSX’s operational transformation that is setting a new standard for rail transportation efficiency in the eastern U.S. Boychuk joined CSX in 2017 as an experienced executive of the transformation team and quickly demonstrated a combination of extensive operations knowledge and hands-on leadership that led to his appointment as Executive Vice President Operations in 2019.

An expert on railcar design and regulatory compliance, John Byrne is helping lead the way for safer and more efficient tank car manufacturing. He’s successfully led and represented RSI members to deal with key issues that would have had a significant negative impact on the railway supplier community. Byrne recently retired from GE Capital after nearly 38 years, most recently as Manager, Regulatory Compliance and Quality.

Wes Edens is the brainchild and catalyst for Brightline, the first new major private passenger intercity railroad in the U.S. in more than a century. Brightline is currently in operations in South Florida, under construction to Orlando, and expanding operations to serve Las Vegas and Southern California.

Warren Erdman leads a team of 23, spanning three different disciplines of Public Relations and Corporate Affairs, Facilities and Security/Police, and Special Services. His career at Kansas City Southern has been filled with much success as he navigated uncharted waters, as a leader at a U.S.-based railroad with holdings in multiple countries.

Prior to his current role, John Fenton served as CEO of Metrolink, which operates 165 trains in the high-density greater Los Angeles area, carrying more than 40,000 passengers daily. It was during his time at Metrolink that Fenton played a pivotal role in leading the national implementation of the first Positive Train Control (PTC) system mandated by the Rail Safety Improvement Act of 2008.

KellyAnne Gallagher is a public transportation policy professional and strategic advisor who, in 2019, became the Founding Executive Director of the Commuter Rail Coalition, a trade association providing a singular focus on the benefits and needs of U.S. commuter railroads. She served on the Federal Railroad Administration Rail Safety Advisory Committee (RSAC) for 14 years, is a member of the International Union of Railways (UIC) High Speed and Regional Rail committees and served as Vice Chair of two UIC World Congresses on High-Speed Rail.

Nathan Loftice has had a track record of success in environmental and sustainable business management. He was one of BNSF’s Employee of the Year honorees in 2018 for his sustainability efforts to help manage the environmental impacts of waste cleanup and the social and safety aspects of homeless populations.

Al Neupaver joined Wabtec on Feb. 1, 2006 as President and CEO, and a member of the company’s Board of Directors. He has led Wabtec through its greatest growth period, to presently $11 billion and an NYSE Fortune 500 corporation. Mergers and acquisitions during Neupaver’s  time include Standard Car Truck (2008), Faively Transportation (2016) and GE Transportation (2019).