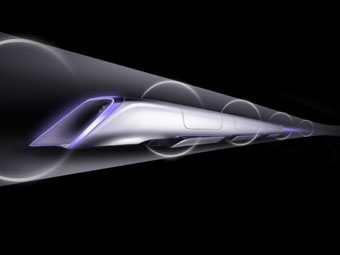 Economists call it "creative destruction," the emergence of newer, faster, cheaper and better ideas, products and processes that replace and destroy the less efficient.

Examples include the emergence and success of Wal-Mart and Amazon.com that hastened the disappearance of less creative and less aggressive big-box stores; the failure of Kodak to quickly and effectually respond to the advent of digital photography; and the current struggle of Microsoft to transition from a PC-driven company in the face of Apple’s uncompromising leadership in mobile communications.

Former New York Central Railroad President Al Perlman counseled, “After you’ve done something the same way for two years, look it over carefully. After five years, look at it with suspicion. And after 10 years, throw it away and start all over.” Were Perlman alive today, he likely would reduce the numbers, stressing that the dustbin of business history is littered with those who rested on past accomplishments.

Looking forward with creative, nimble, and resolute energy to what is gaining on you is the effective solution to maintaining and improving market share.

Two new technologies are in the railroads’ rear-view mirror, and the appropriate survival strategy is to turn loose similar visionaries as former Southern Railway presidents Bill Brosnan and Stan Crane—both professional engineers—who, when lower in the ranks, conceptualized the Big John covered-hopper that safeguarded rail-industry dominance in hauling grain.

One new technology is Hyperloop (top photo), a vision of an above-ground, pylon supported, sealed steel-tube passenger transportation system with air pressure a thousandth of that on the earth’s sea-level surface, meaning elimination of most air drag and solar-powered linear induction motors enhancing speeds. Could a cargo version be far behind?

Each has the ability to set railroads on their rear ends as almost occurred with the introduction of jet aircraft, construction of Interstate highways and emergence of longer and heavier trucks.

Don’t start dumping your railroad stocks, but recognize that when today’s transportation decision makers were in grunt positions—not that many years ago—manual typewriters and carbon paper were the tools of business, propeller driven aircraft were ubiquitous, comic-strip readers laughed at Dick Tracy’s two-way wrist radio, space travel was the stuff of science fiction, the first electronic digital computer consumed an entire room, and just-in-time logistics was but a concept.

Technology not only is accelerating; its rate of acceleration is quickening in our modern world, and businesses and industries not sufficiently visionary and agile risk the same fate as the once thriving American big-steel industry, and even General Motors that almost tanked before reinventing and speeding up its design-to-showroom floor capability and slimming down its workforce.

If you made it to age 50, you recall department stores where clerks placed a sales slip and cash in a cylindrical container that they then inserted into a steel tube at the point of sale, with the container then transported by compressed air and partial vacuum, through the maze of tubing, to cashiers elsewhere in the store. Within a minute, via a companion tube network, another cylindrical container would return with change and receipt. Many drive-in banks still use such a system, and Denver’s massive airport uses a larger pneumatic tube system to distribute small aircraft parts.

Could such a system, on a more grand scale, replace railroads as conveyors of passengers and freight? The vision is not new-fangled, and a modern day visionary insists it could be a better alternative to high speed passenger rail.

Actually, during the mid-19th century, the technology was used in the United Kingdom for short-distance passenger transport. A century ago, legendary rocket scientist Robert Goddard proposed a Vactrain that would operate in an airless vacuum environment. And during the mid-20th century, a prototype of a pneumatic-tube passenger transporter was developed, but later scrapped as too expensive, by Lockheed and others in the United States to speed cylinders capable of transporting passengers at speeds approaching 400 mph.

Comes now 21st century visionary Elon Musk, who posits that his Hyperloop would be a less expensive, faster, more effective and more efficient means of intercity passenger transportation than high-speed rail. He envisions Hyperloop to move passengers some 350 miles between Los Angeles and San Francisco in fewer than 30 minutes—faster even than air travel. 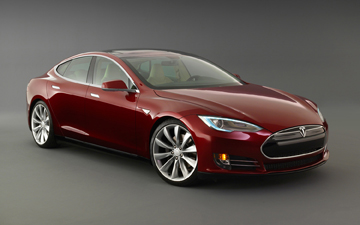 Consider that Musk, with degrees in economics and physics, already has been successful in advancing electric cars (Tesla Model S, pictured) and solar energy, invented PayPal, and designed the first privately developed rocket to reach orbit. Musk is no less a fruitful visionary than Bill Gates and Steve Jobs.

3-D printing already is a reality. The Economist magazine calls it “akin to inkjet printers, depositing successive layers of [liquid polymers, powdered plastic or powdered metal] from nozzles until a three-dimensional model is built up. This is far more efficient than starting with a lump of material and machining away the unwanted parts,” eliminating multi-stage manufacturing and assembly and all of its accompanying transportation.

Take note that Musk’s Hyperloop prototype was created on a 3-D printer, which also is being used by General Electric to “print” metal parts for a new jet engine, and by a Chinese firm to make large parts—titanium fuselage frames and high-strength steel landing gear—for its emerging commercial aircraft industry. “High transport cots for heavy goods make it sensible to produce these things close to customers,” says the Economist magazine, and 3-D printing is being used to manufacture, for example, toys, mobile-phone cases, automobile parts, steel hand tools and bicycle chains that may no longer require as much intermediate transportation of raw materials and intermediate stage manufacture and assembly.

Indeed, the railroads’ business plan of converting tens of millions of truck loads to intermodal (trailers and containers atop flat cars) on routes of 500 miles or more could be in jeopardy if there are fewer truckloads because more products are turned out by 3-D printers at points of industrial and consumer sales.

Today’s business of business is for thinkers and risk takers recognizing that if one can imagine a new product or process, professional engineers can produce and perfect it. Railroad executives and labor union leaders timid or slow in advancing new ideas and practices endanger the financial health and future of railroads by allowing those more creative, nimble and bold to chomp away at railroad market share.

The Dow Jones Railroad Index has surged 24% this year and quadrupled since 2009. It’s going to take a heap of new productivity improvements—beginning at the labor bargaining table—plus creative vision by railroad professional engineers, operating officials and marketing executives to keep innovative wolves hawking Hyperloop and 3-D printing at bay.