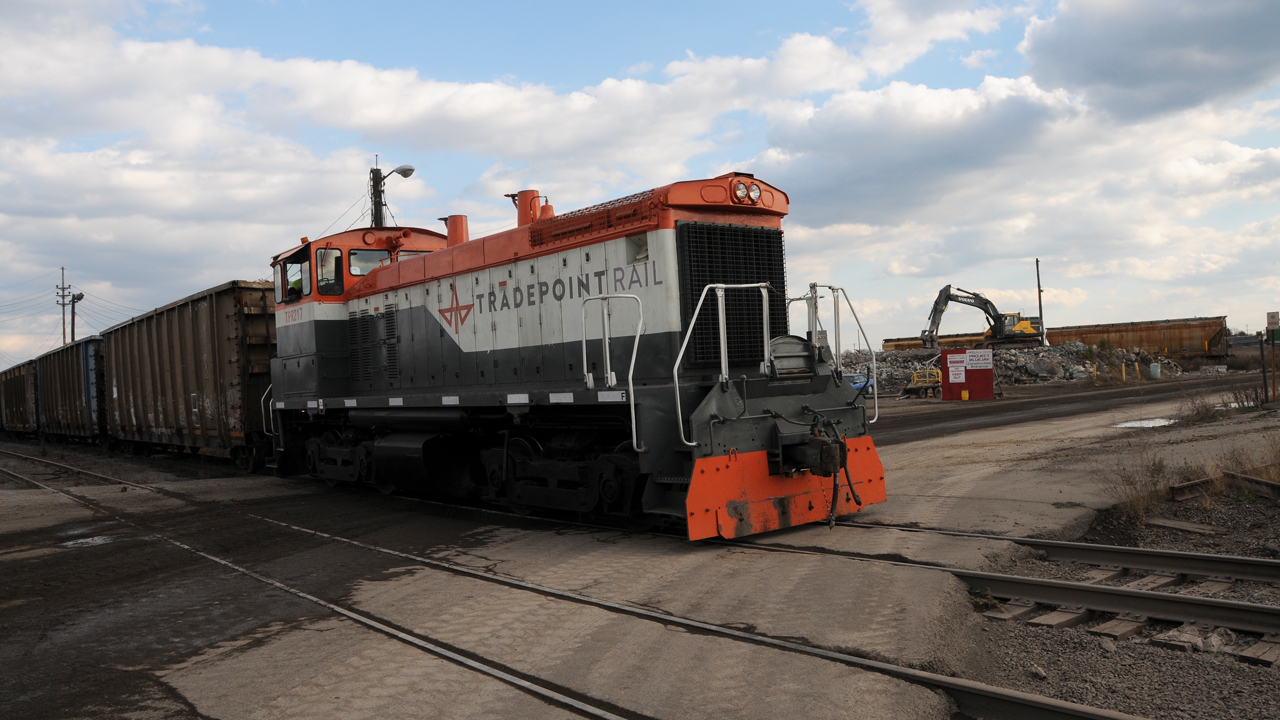 Four rail-specific and rail-related projects have been awarded a total of $54.5 million in Transportation Investment Generating Economic Recovery (TIGER) grants, or about 10% of the $500 million available in the latest round of funding.

The largest grant, $20 million, was awarded to Baltimore County in Maryland to help TradePoint Atlantic redevelop the former Sparrows Point steel mill site. Officials said this project will help increase commerce and create jobs locally, regionally and nationally. Specifically, TradePoint will make structural upgrades to the terminal’s East-West Berth, add an upgraded crane rail system to allow direct transfer of cargo from vessels to rail or trucks, design changes to facilitate transfer of liquid commodities, strengthen the bulkhead and dredge the turning basin and approach channel, in addition to other improvements.

“Sparrows Point was at the center of Baltimore’s economic history, and this grant will enable redevelopment that helps ensure that the site is central to the city’s economic future. This strong federal investment in TradePoint Atlantic will bring with it greater economic growth, new shipping capacity and job creation,” said Sen. Ben Cardin (D-Md.), who is also Ranking Member of the Senate Environment and Public Works Transportation and Infrastructure Subcommittee.

The project will build on previous awards made under TIGER 6 and TIGER 7 by replacing 60-year old bolted rail, associated turnouts and crossings for a net gain of 42 miles of Class 4 rail in the La Junta subdivision between Hutchinson, Kan., and Las Animas, Colo. The project will also replace older crossties in a 200-mile section of rail between Lamy, N.M., and Trinidad, Colo. Finally, the project will construct a series of improvements to the New Mexico Rail Runner Express commuter rail route including the replacement of the signaling system, replacement of a damaged culvert, replacement of a half-mile of track along the Devil’s Throne curve and installation of a rock slide fence and warning signal at the Devil’s Throne Curve.

Officials say initial estimates indicated that more than $100 million was needed to upgrade the portions of the line operating in New Mexico, Kansas and Colorado to meet passenger train standers. Two former TIGER grants enabled large sections of the Southwest Chief’s rail line to be repaired. This final TIGER grant will provide the funding needed to repair and rehabilitate this segment, based primarily in New Mexico, with the same updates installed on the rest of the line.

The Indiana Department of Transportation was awarded a $10 million grant to rebuild approaches to the Maunie Railroad Bridge in Posey County. The Maunie Railroad Bridge was built in 1926 and timber approaches on both the Indiana and Illinois sides of the bridge are in dire need of replacement. The bridge provides a critical link between coal miners, farmers, refiners, manufacturers and river ports located along the Evansville Western Railway.

In Arkansas, Fort Smith will receive approximately $8.5 million to repair and rehabilitate three rail bridges that cross Clear Creek and the Arkansas River.

“More than 50 Natural State businesses rely on these rail bridges for sending and receiving goods and this funding will ensure that their products are able to move with greater efficiency, ultimately growing our local, regional and national economy. I am confident it will have a positive impact on our communities,” Rep. Steve Womack (R-Ark.-03) said.