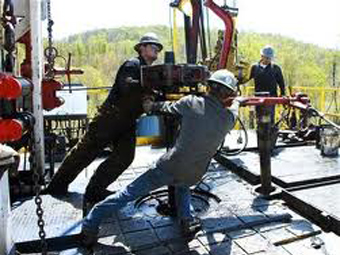 “Railroads are booming, and it’s not because of the rising cost of gas or a consumer return to an older form of transportation. It’s oil,” reports the well-known and highly respected stock market news and financial analysis website Seeking Alpha. “Railroad stocks are ready to leap on booming oil transportation.”

The boom started in January, when President Obama denied approval for pipeline operator TransCanada’s proposed $7 billion Keystone XL pipeline, which would carry oil from Canada’s oil sands to U.S. Gulf Coast refineries. “This denial started a train in motion—literally—as oil and petroleum exploration and development companies looked to the railroads to transport raw materials to refineries and refineries looked for efficient methods of distribution,” says Seeking Alpha. “Without pipelines (according to Energy & Capital, there are currently no pipelines running internationally between the U.S. and Canada), trains are the best way to move the oil south to the big refineries along the Gulf coasts.”

The U.S. Energy Information Administration (EIA) says rail deliveries of oil and petroleum rose almost 40% in this year’s first half. BNSF, the biggest railway mover of crude in the U.S., posted an increase of 60% in carloads of crude oil and petroleum products during that period.

BNSF expects its oil business to grow. According to Reuters, the railroad recently “expanded its capacity to transport 1 million barrels-per-day of shale oil from the Bakken formation in North Dakota and Montana in 2012, a 25% increase from a year earlier. BNSF expects to use a quarter of this capacity in 2012. Still, with 88.9 million barrels of Bakken crude shipped on its railcars in 2012, it will witness a nearly 7,000% growth since it started shipping by rail five years ago.”

For investors, this is a train they’d be wise to take. According to The Wall Street Journal, Statoil ASA is leasing more than 1,000 railcars to carry crude oil from fields in North Dakota to refiners across North America, “in a bid to overcome pipeline bottlenecks that plague the booming oil-producing region.” Phillips 66, a refiner, acquired 2,000 railcars to ship crude to its refineries, while Marathon Oil currently ships roughly 14% of its Bakken production by rail.

But for railroads, this means more than just transporting petroleum products. Hydraulic fracturing—the oil drilling technique more commonly known as “fracking”—has created a major new business for railroads, because every horizontal well that’s drilled requires a trainload of sand, anywhere from 3,000 and 10,000 tons. The sand, combined with water, chemicals, and organic lubricants, is needed to break up the shale, located thousands of feet underground, that contains natural gas and oil.

In the Upper Midwest, railroads are gaining new business by serving new sand processing plants. In some cases, this business is placing long-dormant rail lines back into service, along with upgraded tracks and new railyards and loading facilities. CN recently invested $35 million to rebuild a line, and Canadian Pacific is now serving several new sand processing plants, among them U.S. Silica Holdings, Inc. CP is the sole rail service provider at the company’s Sparta mine. Union Pacific saw its fracking sand shipments grow a whopping 265% over the past two years.

“Investors can take advantage of the trend by investing in the railroads,” notes Seeking Alpha. “Through the first eight months of the year, CP stock swelled 21.4%, and given its recent efforts there is no reason to think that trend will not continue. The amount of oil that CP alone carries from the Bakken Formation down through the heartland has surged 2,500% since 2009, to 8.5 million barrels per year from just 325,000. The company expects to move 45 million barrels per year within the decade. It looks like that growth will continue. The same is true with rival CN, which returned 17.1% from Jan. 1 through the end of August. And, these figures are with the beating railroad companies across the board took earlier this year after the coal freight business slumped.”

Of course, railroads aren’t the only good investment opportunity. “Railcar manufacturers also present a solid opportunity,” Seeking Alpha points out. “For instance, American Railcar Industries rose 19.7% in the first eight months of the year, and General Electric, which is the largest lessor of freight cars in North America, went up 14.7% in that period.”