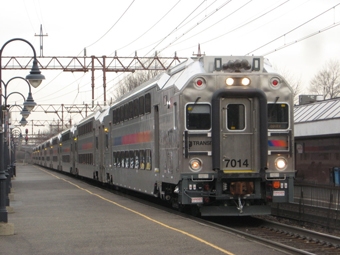 President Barack Obama on Nov. 12, 2015 signed an Executive Order creating a second Presidential Emergency Board (PEB) to help resolve an ongoing contract dispute between New Jersey Transit Rail (NJT) and some of its employees represented by labor unions.

An initial PEB was created in July 2015 but dissolved after both parties did not accept its findings.

This second PEB will provide a structure that allows the two sides to attempt to resolve their disagreements. In the 60 days following its establishment, the PEB will obtain final offers for settlement of the dispute from each side, and then produce a report to the President that selects the offer that the board finds to be the most reasonable. The board’s report is not binding, but the party whose offer is not selected would be prohibited by law from receiving certain benefits if a work stoppage subsequently occurs.

President Obama also announced that he intends to appoint the following members to Presidential Emergency Board No. 249: Joshua Javits, appointee for chair; and Elizabeth Neumeier and Nancy E. Peace, appointees for member.

“I appreciate that these dedicated individuals have agreed to devote their talent and years of experience working on labor-management disputes to help reach a swift and smooth resolution of this issue,” President Obama said in a statement.