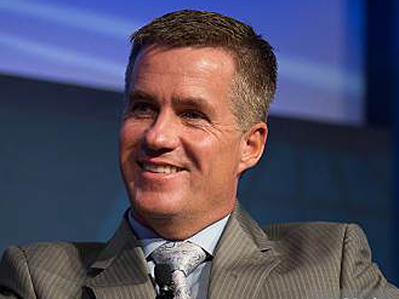 One of Keith Creel’s first acts upon becoming Canadian Pacific CEO in February was a call to his counterpart at the union representing the railway’s train and engine (T&E) crews. It was time, CP’s top brass hat told the Teamsters senior rail boss, to restore respect and fairness to the railroad’s treatment of its engineers and conductors.

Creel’s call to Teamsters Canada Rail Conference President Douglas Finnson signaled a unilateral ceasefire in the harsh disciplinary regime imposed by Hunter Harrison, Creel’s predecessor and erstwhile mentor in the art and science of “precision railroading.” Under Harrison’s command, engineers and conductors were subject to battlefield justice in which the most trivial transgressions (urinating lineside at an unpopulated station stop was one) resulted in summary dismissal.

After his talk with the Teamsters president, Creel conveyed his change in attitude directly to the railway’s employees in a digital memo provided by CP to Railway Age on March 24. In the memo, the CP CEO conceded that the unforgiving disciplinary regime involved “mistakes” made in the remaking of CP from money-losing laggard to profit-maker.

“It’s not that we need to dwell on the how’s and why’s of the past, but I want the future to look different,” Creel wrote to employees.

By the start of March, some 60 T&E crew members who had been dismissed under Harrison were awaiting arbitration in hope of getting their jobs back. Without waiting for the rulings, Creel has recalled about 10 of them and declared that he is personally reviewing the remaining cases.

While “de-Harrisonificaction” maybe too much a mouthful to catch on, Creel’s more forgiving disciplinary policy coincides with other moves that signal a desire to restore employee pride and public appreciation to a company whose history is intertwined with Canada’s own. 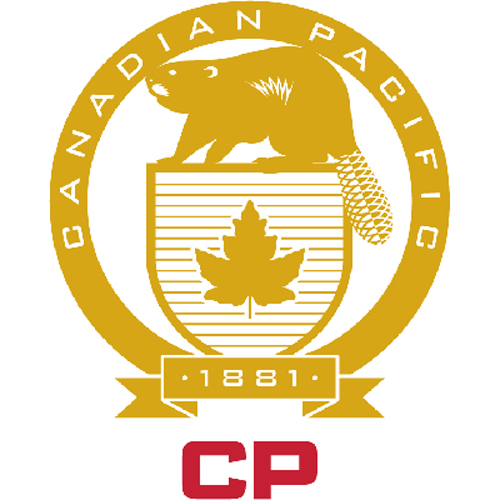 In another early gesture, Creel returned the hardworking beaver and shield to the company’s official heraldry. Harrison had dumped the poor national rodent for a barebones “CP” logotype, which he felt better represented the lean efficiency that marked scheduled freights, slimmed-down yard trackage and fewer, harder-worked locomotives.

Explained Marty Cej, CP Assistant Vice President for public affairs: “After CP regained its rightful place in the industry, it was time to acknowledge the company’s place in history and its role in driving the North American economy forward. Combining our bold modern ‘CP’ logo mark with the heritage shield, CP’s new logo renews Canadians’ and employees’ sense of pride in the company that connected a nation, and connected a nation to the rest of the world.”

In this, Canada’s sesquicentennial, Canadian Pacific is planning an as-yet-unannounced rolling event to celebrate the country’s 150th birthday. CP fans can only hope this means the re-emergence of its exquisite maroon, gray and black Empress steam locomotive, its fire dropped by Harrison but its running gear kept well-oiled and polished at the company’s Ogden railyard and head office in Calgary. The 1930-vintage Hudson-class locomotive and its dedicated consist of heavyweight CP passenger cars starred in the 2011 IMAX movie “Rocky Mountain Express.” 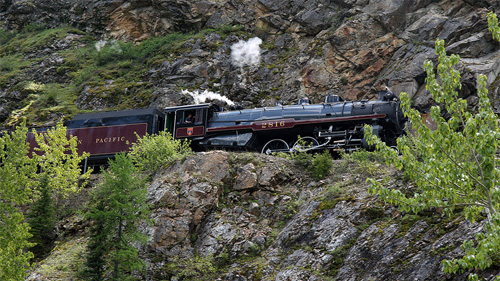 The prospect of the world’s most beautiful locomotive returning to steam will cause foamers to drool unashamedly, but the more important reaction will be that of CP employees to Creel’s promise of a more humane workplace. Here is his remarkably candid memo in full:

“A few days ago, I authorized the implementation of a new discipline process for all CP unionized employees. It’s an important topic, so I want to take a few minutes to explain why and what it means.

“First of all, context is important. As many of you know, a little over five and a half years ago, CP was a company in serious trouble. Our free cash flow was negative C$592 million, meaning about half a billion dollars more went out than came in. Our service and operating ratio were the worst in the business. Our credit rating was BBB–, just above a junk rating. Clearly, the direction in which CP was headed was not sustainable.

“This wasn’t an accurate representation of you – our talented group of railroaders. You just needed the right plan and leadership so you could deliver the superior execution that you have now shown the world you are capable of.

“But the transition was tough. When you are in survival mode you have to move quickly. When you do, you can make mistakes. We got most things right, as we can all see in the results, but not everything.

“That’s why a few weeks ago, as one of my first acts as CEO, I asked my team to take another look at our discipline policy. It’s not that we need to dwell on the how’s and why’s of the past, but I want the future to look different.

“I view discipline as something I would rather not have to do but something I cannot avoid as part of my commitment to all employees. Simply put, we need people to do their jobs fully, to the best of their abilities and always, always safely. From a long history in this industry, I am absolutely passionate about this second point. This can be an unforgiving business and it is the short cut, the inattention to detail or the little unsafe act that can have the most terrible consequences. I would rather be tough on the issue with a person and ensure their safety than to visit a spouse to explain a tragic accident.

“In this context, my view on discipline is meant to influence – change, if you will – the actions and behaviors that don’t live up to our standards.

“Some have made the case that in the instances where the person has made a first mistake and recognizes their error, perhaps lesser penalties than we have been applying could be used.

“So, we are going to try a different approach. The details will be rolled out through your managers over the next few weeks. For the vast majority it won’t directly affect you, as you won’t be part of the discipline process.

“For the cases where discipline needs to be applied, we are going to use more deferred suspensions instead of actuals. This means that if a person had a one-off bad day and doesn’t have another event, there is no financial penalty. If an event of real concern happens again the discipline may also be applied along with anything appropriate for the new issue. Again, if there is no new offense, the penalty does not apply.

“Furthermore, as part of this review, I am personally reviewing all outstanding terminations. I have already directed some reconsiderations. Not all cases can be eligible. Some infractions are so serious that, for the protection of all, there can be no second chance. 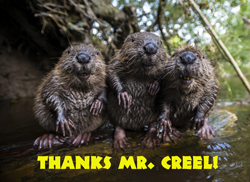 “I would ask every CP employee to embrace this positive change with me. Let’s be our brothers’ and sisters’ keepers and make sure that CP continues to build on its status among the very best in performance and safety.

“I look forward to seeing you out on the property.”