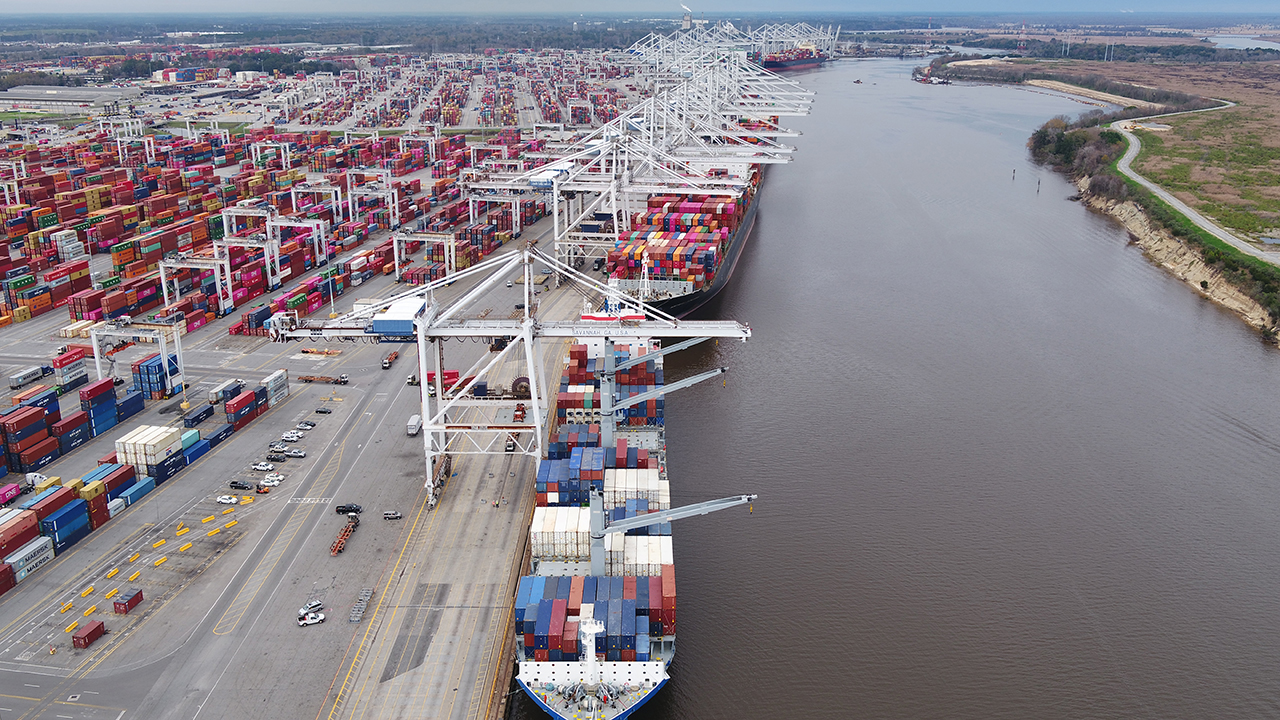 The Port of Savannah achieved its busiest September ever, moving 472,000 TEUs (twenty-foot equivalent) container units, a 14.5% increase. Port officials say the facility’s Garden City Terminal “has seen steady improvement in the speed of cargo moving from dock to destination.”

Total cargo for September reached 3.3 million tons, up 250,000 or 8%. Truck traffic remains fluid at Garden City Terminal, where single container moves during the past month averaged 38 minutes and dual import-export moves 60 minutes. The port’s truck gates are averaging 70,000 moves per week, counting both import and export cargo, while intermodal containers take less than two days to move from vessel offload to departing rail. Partnering with importers to clear long-dwelling containers, the Port has achieved a 55% reduction in the number of import boxes that have been on Garden City Terminal for longer than four weeks. The average dwell time for import containers is now 7.19 days, while exports average 6.96 days. The Georgia Ports Authority (GPA) has also adjusted its container receiving window “to provide greater predictability for export customers.”

“The Port of Savannah is averaging less than two days from vessel offload to departing train, and Norfolk Southern and CSX have untapped capacity to destinations such as Atlanta, Memphis, Charlotte and Birmingham,” GPA said. “We are encouraging port customers to transfer containers from truck to rail in order to expedite cargo and reduce carbon emissions. The authority is also making more room for on-terminal container storage.”

Other infrastructure projects in the works include:

“Our team is doing a great job, handling an immense volume of cargo every day,” said Georgia Ports Authority Executive Director Griff Lynch. “I’d also like to extend our appreciation to our many customers, who are working in lockstep with us to move cargo more quickly and work vessels with greater efficiency.”According to GPA, Georgia’s deepwater ports and inland barge terminals support more than 496,700 jobs throughout the state annually and contribute $29 billion in income, $122 billion in revenue and $3.4 billion in state and local taxes to Georgia’s economy. The Port of Savannah handled 9.3% of total U.S. containerized cargo volume and 10.5% of all U.S. containerized exports in FY2020.