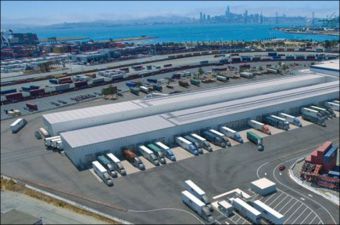 The Port of Oakland Commissioners approved a rail project last week that will offer "a refrigerated gateway to Asia for U.S. meat exports."

The California project will construct an $11-million rail spur to connect Union Pacific tracks to Cool Port Oakland, which is a 280,000-square-foot distribution center now under construction on 25 acres of port property and is expected to open in the third quarter of 2018. The port says BNSF would also have rail access.

“The concept is to bring vast quantities of chilled or frozen beef and pork to Oakland via the rails,” explained Port of Oakland Maritime Director John Driscoll. “At Cool Port, the product would be transferred in a temperature-controlled setting from rail cars to shipping containers, then whisked across the street to outbound vessels.”

The port estimates that once completed, an estimated 27,000 20-foot containers of meat could ship from Oakland annually.

International logistics specialists Lineage Logistics and local operator Dreisbach Enterprises are building Cool Port under a lease agreement with the port. The port has agreed to oversee construction of the two-mile rail spur and will also share rail costs with the developers. A $5-million grant will offset part of the cost. Union Pacific will construct a portion of the spur on its property. 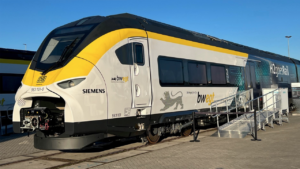