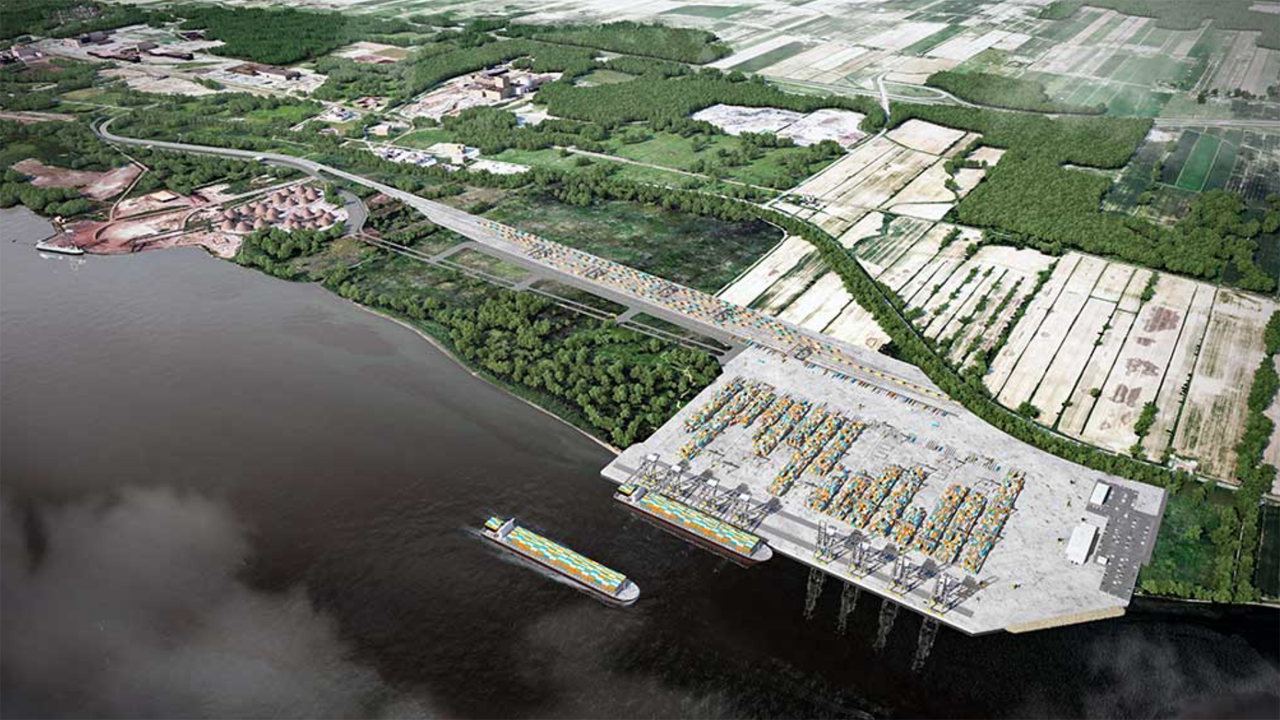 The Contrecoeur container terminal project, located about 25 miles from Montreal, would allow MPA to handle up to 1.15 million containers (20-foot equivalent units or TEUs) annually and accommodate vessels between 39,000 and 75,400 deadweight tonnage (DWT).

The Montreal Port Authority (MPA) is preparing to launch a Request for Qualification (RFQ) for its Contrecœur container terminal project.

Qualifying national and international consortia will be invited over the next few months to submit proposals to enter into a long-term DBFOM (Design-Build-Finance-Operate-Maintain) agreement, according to a July 9 MPA report.

The port expansion project, located about 25 miles from Montreal (see map below), would allow MPA to handle up to 1.15 million containers (20-foot equivalent units or TEUs) annually and accommodate vessels between 39,000 and 75,400 deadweight tonnage (DWT). It includes a seven-track classification yard, container storage and handling area, intermodal rail yard, support facilities, rail and road accesses, and truck control area. Commissioning of the terminal and start of port operations is anticipated by the end of 2025.

“The Contrecœur container terminal will be a world-class infrastructure able to efficiently serve Quebec, Ontario and the U.S. Midwest,” MPA President and CEO Martin Imbleau said. “With its industrial zoning and outstanding location near rail and highway access, the future terminal is an exemplary eco-friendly opportunity for a private partner seeking to participate in the growth of the St. Lawrence—Great Lakes Trade Corridor.”