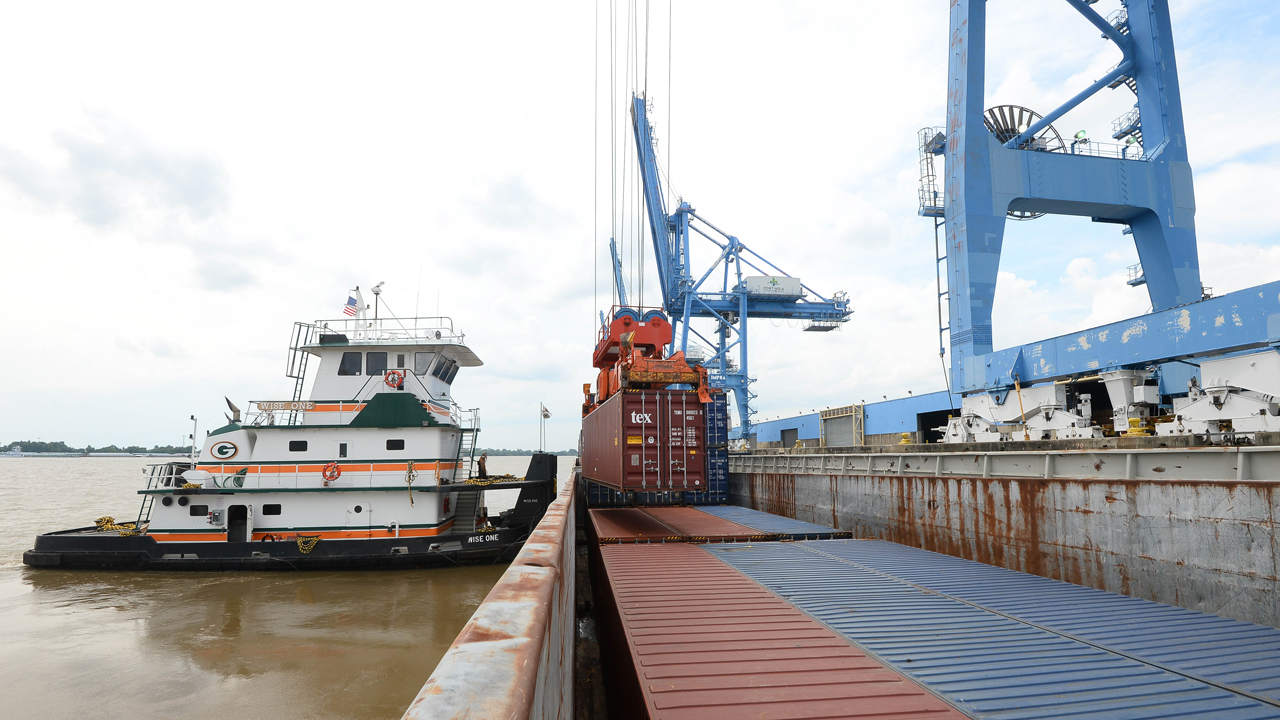 The Request for Proposal (RFP) process is now under way for program management/program controls services for the development of Port of New Orleans’ (Port NOLA) Louisiana International Terminal.

The new $1.5 billion, approximately 350-acre multimodal container terminal is slated to handle 2 million TEUs (twenty-foot equivalent units) annually and serve the largest container vessels calling in the Gulf of Mexico. Following unanimous approval at the Dec. 17, 2020 regular meeting of the Board of Port Commissioners, Port NOLA said it intended to acquire property in St. Bernard Parish and begin a two-year due diligence and permitting period that would include robust community engagement.

Port NOLA purchased the 1,100-acre property (see below) in December 2020, in partnership with the state of Louisiana. Located in Violet on the east bank of the Mississippi River, the site “features naturally deep-draft riverfront acreage, a 50-foot Mississippi River Channel, [and a] documented ability to navigate ships with a capacity up to 23,000 TEUs,” according to the Port. It also provides access to six Class I railroads (BNSF, CN, CSX, Kansas City Southern, Norfolk Southern and Union Pacific) as well as interstate highways. (Port NOLA is served by the New Orleans Public Belt Railroad, which it owns, as well as the New Orleans & Gulf Coast Railway, Railway Age’s 2016 Short Line of the Year.)

“This RFP represents tangible progress toward maintaining our gateway’s continued competitive advantage and building on Port NOLA’s 50-year history as Louisiana’s only international container port,” said Brandy D. Christian, President and CEO of the Port of New Orleans and CEO of the New Orleans Public Belt Railroad. “A second terminal ensures we will be able to meet current and future container volume demand and continue to serve Louisiana as an economic driver, creating new jobs and unmatched opportunities for private-sector businesses.”

A design and permit-support services RFP was issued earlier this year, and a contract is expected to be awarded at the Board of Port Commissioners meeting next month.

The container terminal project, “with an intended opening in 2027, will require public-private partnerships,” the Port said. “Current and prospective industry partners, including terminal operators, carriers, and others have expressed serious interest in potential financial participation in the LIT [Louisiana International Terminal] development. Port NOLA is developing a comprehensive Request for Proposals (RFP) for a development partner and expects to begin the procurement process within the next few months. To address questions and highlight job and business opportunities, stakeholder engagement is already well underway. Port NOLA continues to exceed permit requirements with community outreach which began in December 2020 when the riverfront property was acquired.”