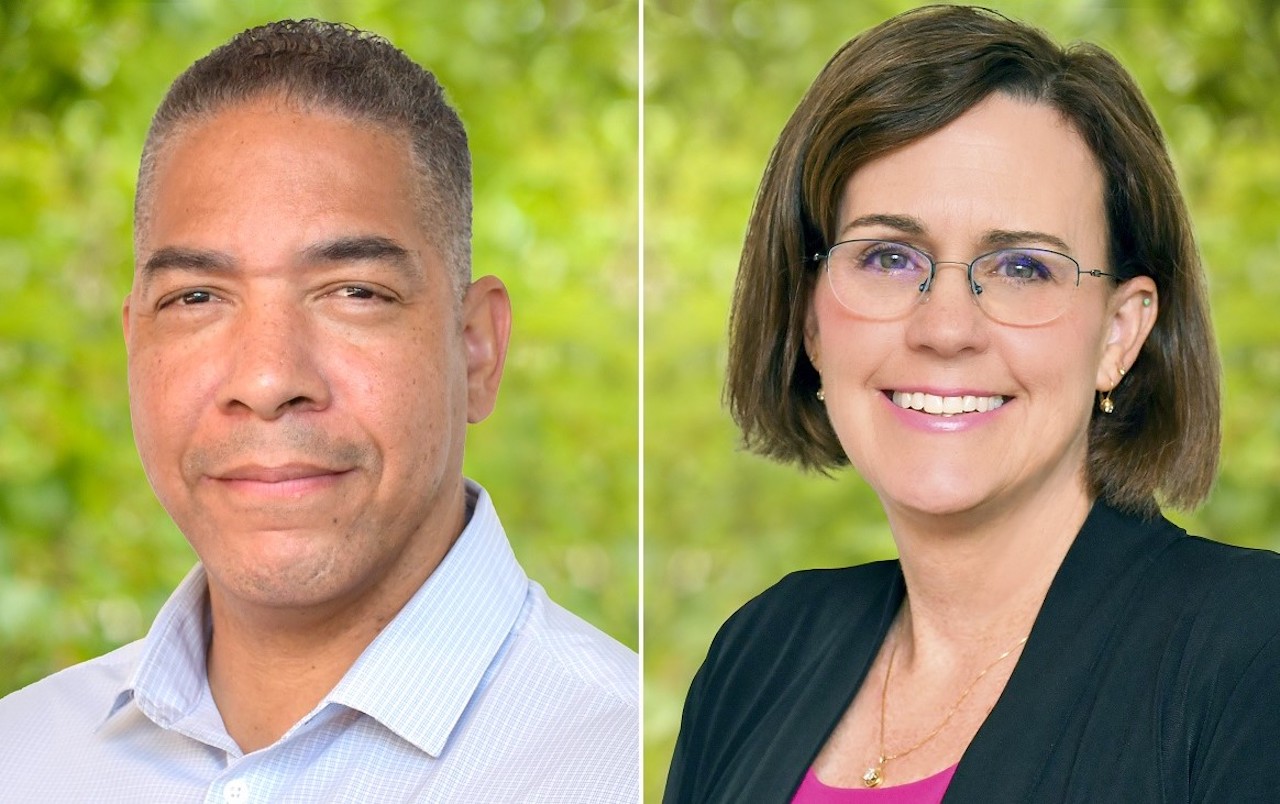 TriMet on Aug. 17 announced two new internal promotions that will help keep the agency on “solid financial footing while expanding its equity and inclusion efforts.” John Gardner has been selected to be the agency’s first Chief Inclusion, Diversity, Equity and Accessibility (IDEA) Officer and Nancy Young-Oliver has been promoted to Executive Director of Finance and Administrative Services/CFO.

TriMet General Manager Sam Desue Jr. selected Gardner, who has been with TriMet since 2015, and previously served as Director of Transit Equity, Inclusion and Community Affairs.

In his new role, Gardner will “focus and advance agency policies and initiatives to support a transit system that is safe, accessible and welcoming to all,” TriMet says. He will report directly to Desue.

Gardner will also oversee expanding management of TriMet’s civil rights, disadvantaged business enterprise (DBE) and workforce equity programs. Throughout his seven years with the agency, Gardner has been a central figure in the agency’s IDEA initiatives, TriMet says. “He worked to strengthen our civil rights program and deepened our relationships with community-based organizations, especially those representing traditionally underserved communities,” the agency added.

“John has championed issues around IDEA and elevated TriMet’s position as an industry thought leader,” Desue said. “Under his leadership, we launched our successful reduced fare program for riders with low incomes and made other significant strides to ensure fair access to transit for traditionally underserved communities.”

Among the successes accomplished under Gardner’s leadership, TriMet says it has worked internally and with community partners to reimagine a transit system that is safer and welcoming for all its riders.

Among the initiatives implemented is the creation of TriMet’s Safety Response Team, which, according to TriMet, helps connect vulnerable riders and those near the transit system with programs and services to improve their lives.

In 2018, Gardner led TriMet in becoming “one of the first transit agencies in the U.S. to offer a reduced fare to riders based solely on annual income,” according to the agency. The program provides relief at up to 72% off the cost of adult fare, granting unlimited rides across the transit system for as little as $28 per month. More than 42,000 participants registered for the program in its first four years. This program is in addition to TriMet’s Access Transit programs that provide free or low-cost fares to nonprofits and community-based organizations that help those most vulnerable in our community.

Working with TriMet’s Engineering, Construction & Planning Division, under Gardner’s leadership TriMet says it has expanded support for businesses owned by people of color and women through its nationally recognized DBE program. In 2018, the agency awarded the primary contract for its Division Transit Project to Portland-based certified DBE firm Raimore Construction. According to TriMet, this was the largest-ever award of a construction project to a DBE in the state of Oregon.

Nancy Young-Oliver, who had previously served as TriMet’s interim Executive Director of Finance and Administrative Services/Chief Financial Officer from May through July, was promoted in August to officially take over the position.

Young-Oliver has been with TriMet for more than seven years, serving as the Director of Budgets and Grants. She has overseen TriMet’s annual financial planning and budget development, including developing TriMet’s $1.9 billion fiscal year 2023 budget, which went into effect July 1, 2022. Under her leadership, TriMet says its budget team redesigned the budget format to add communication about agency priorities, planning and achievements. With that, TriMet says it received its first Distinguished Budget Presentation Award from the Government Finance Officers Association for the fiscal year 2020 budget, adding that it has continued to receive the award annually.

Young-Oliver also has been responsible for TriMet’s debt management, performance reporting and analysis, fare revenue analysis and grants administration. She oversaw the issuing of TriMet’s first sustainability bonds, in October 2021, to fund projects that bring environmental and/or social benefits. According to TriMet, the sustainability bonds were so popular that there was “more demand than supply.” The bond sales generated $200 million in new money to fund capital projects, including A Better Red: MAX Red Line Extension and Improvement Project and renovations at TriMet’s Powell Operating Facility to prepare for the return of articulated 60-foot buses and the agency’s growing electric bus fleet.

Young-Oliver also spearheaded the creation of TriMet’s Clean Fuel Credits program in 2020 as part of Oregon’s DEQ Clean Fuels Program. The program, TriMet says, is designed to reduce the carbon emissions produced by the state’s transportation fuels by 10% by 2025. Young-Oliver has led negotiations for the sale of TriMet’s Clean Fuel credits to outside parties, which has resulted in an annual increase of $1.5 million in miscellaneous revenue, according to TriMet.

Public Safety Executive Charles Cato, who has almost 33 years of law enforcement and leadership experience, has been selected as DART’s new Chief of Police, effective Sept. 6, 2022. He will direct and oversee the DART Police Department, including sworn officers, emergency preparedness, security services and related functions to carry out DART’s safety, security and emergency preparedness initiatives.

As the DART Chief of Police, Cato will lead a team of more than 250 licensed peace officers, as well as 110 fare enforcement officers and 67 support staff.

Cato joins DART from the City of Mesquite, where he served as the Chief of Police responsible for leading, planning and directing a staff of 331 employees, including 243 sworn and 88 non-sworn personnel. Prior to his role in Mesquite, he served as the first Assistant Chief of Police at the Dallas Police Department. As second in command of the police department, he was responsible for planning, implementing, and directing the day-to-day operations of 3,500 sworn and 500 non-sworn personnel.

“We are very excited to welcome a compassionate leader and true public servant like Chief Cato to the DART team,” said DART President and CEO Nadine S. Lee. “His exemplary background in law enforcement, as well as his experience in developing and expanding cross-agency collaborations, provides our police department and the entire agency fresh perspectives for enhancing security in the transit system as we continue to serve the residents of the North Texas region.”

“Charles is a proven and dedicated law enforcement leader who has always had the safety and security of both the citizens and police officers under his command at the forefront of his priorities,” added DART Interim Chief of Police Matt Walling. “I’m looking forward to working with him to continue to build on the culture of proactive community policing and exceptional service that the DART Police Department provides throughout our service area.”

“I am honored to be entrusted with the opportunity to lead the dedicated women and men of the DART Police Department,” said Cato. “I look forward to continuing the DART Police Department’s community oriented policing efforts so that we can build and expand on the strong bonds we have developed with both our service area cities, as well as the citizens we serve. Together we will protect the communities we serve, and the DART passengers that rely on our services every day.”