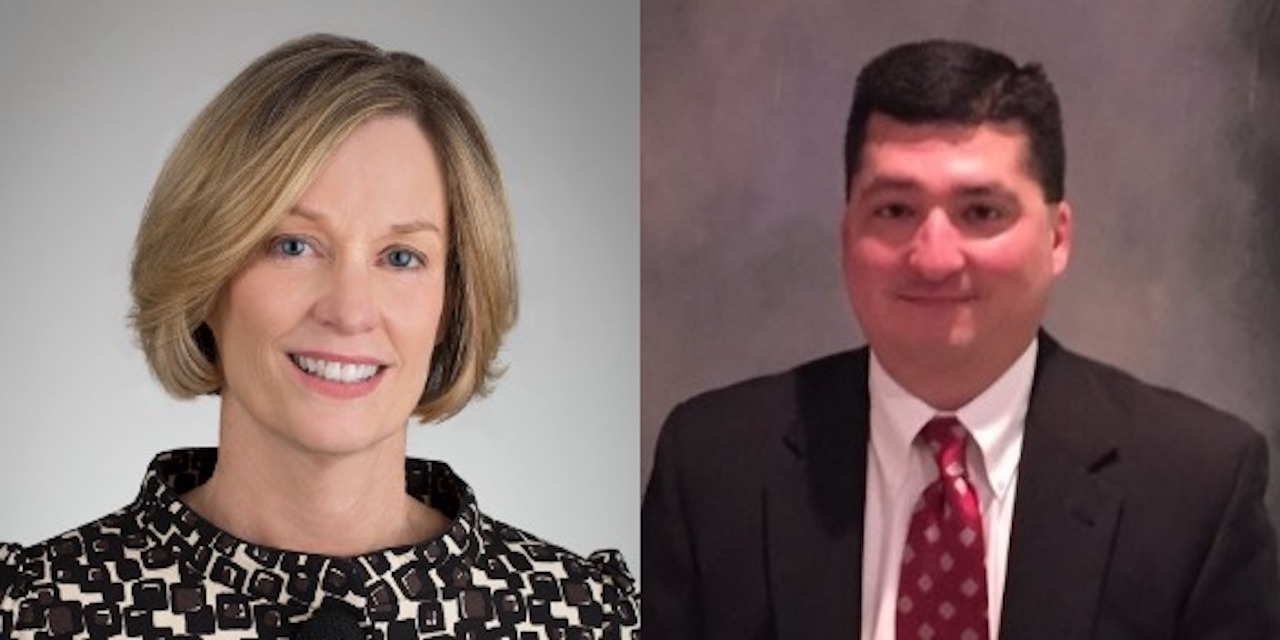 Brian L. Glassberg (right) will take over the role of GTX Executive Vice President, General Counsel and Corporate Secretary once Deborah A. Golden (left) retires at the end of November.

Glassberg joined GATX in 2011 as Assistant General Counsel and has since served in various leadership roles in the law department. As Deputy General Counsel, he is responsible for corporate governance, securities and international matters in addition to overseeing and providing legal support for all North American railcar and locomotive commercial and transactional matters. Prior to joining GATX, Glassberg was a corporate attorney at Latham & Watkins, LLP. He earned a J.D. from Harvard Law School and a bachelor’s degree in history from the University of Maryland.

“Since joining GATX, Deb has been instrumental in every facet of our business,” said GATX President and CEO Robert C. Lyons. “Her legal expertise and broad business skills contributed greatly to GATX’s success during her tenure. Importantly, Deb is one of the strongest mentors at GATX, and she has built an outstanding law department. Deb and Brian Glassberg have worked together closely for years, which will help ensure a smooth transition.”

On the promotion of Glassberg, Lyons stated, “Brian is well-positioned to assume the role of general counsel and corporate secretary. He has been a key contributor to multiple strategic initiatives at GATX over the years. Brian is highly respected by his colleagues, our customers and our partners. I am confident in his ability to lead our legal and compliance functions as GATX continues to expand globally.”

UP’s Assistant Vice President-Procurement and Supplier Performance Wendy Whalen is one of 234 recipients of the 2022 Women in Supply Chain Award from Supply & Demand Chain Executive.

According to the publication, the annual award honors “female supply chain leaders and executives whose accomplishments, mentorship and examples set a foundation for women at all levels of a company’s supply chain network.” This year’s winners include individuals from software and service providers, consultancies and academia, trucking and transportation firms, professional development agencies, sourcing and procurement divisions, and more.

As the global supply chain experiences unprecedented disruptions, 24-year-old Whalen has risen to the challenge, UP says. She leads the team and strategy responsible for the development, deployment and sustainability of UP’s strategic sourcing program. According to the railroad, UP annually spends billions of dollars across its network of almost 5,000 suppliers, which support the railroad’s operations with engineering services, construction materials and more across 23 states.

Whalen and her team are actively navigating rising costs by finding creative solutions to problems never encountered, UP says. By working with internal partners, identifying alternative suppliers and reviewing strategic sourcing wave processes, the team has generated more than $400 million of savings since 2019.

Railway Age recently announced that IntelliTrans Operations Manager Karen Howlett is also a recipient of a Women in Supply Chain Award “because she is an exemplary leader of the IntelliTrans rail services (managed transportation) team, where she proactively manages the day-to-day logistics needs of customers.”

Most recently, DiAdamo served as Executive Director of the Massachusetts Bay Transportation Authority’s (MBTA) Commuter Rail department where he was responsible for the agency’s commuter rail–the fifth largest in the U.S.–and ferry operations that provide public transportation service to the south shore of Massachusetts and around Boston Harbor.

Before joining MBTA, DiAdamo founded a transportation consulting firm with the former commissioner of the New York State Department of Transportation (NYSDOT), where he oversaw the launch of the first direct train service between Boston and Cape Cod since 1959.

Earlier in his career he served as a Deputy General Manager for the MBTA, and as General Counsel and Chief of Staff to the State Secretary of Transportation.

DiAdamo received a bachelor’s degree in history from the University of Virginia; a juris doctor degree from Boston University School of Law; and a master’s degree in public administration from Harvard University.

“We are privileged to have Rob join the WSP team, and eager to learn from his 20-plus years of public and private sector experience managing and improving transportation infrastructure,” said Denise Turner Roth, WSP USA Advisory National Business Line Executive. “Rob is critical to WSP’s strategic support of our clients in their ongoing efforts to transform the nation’s infrastructure.”