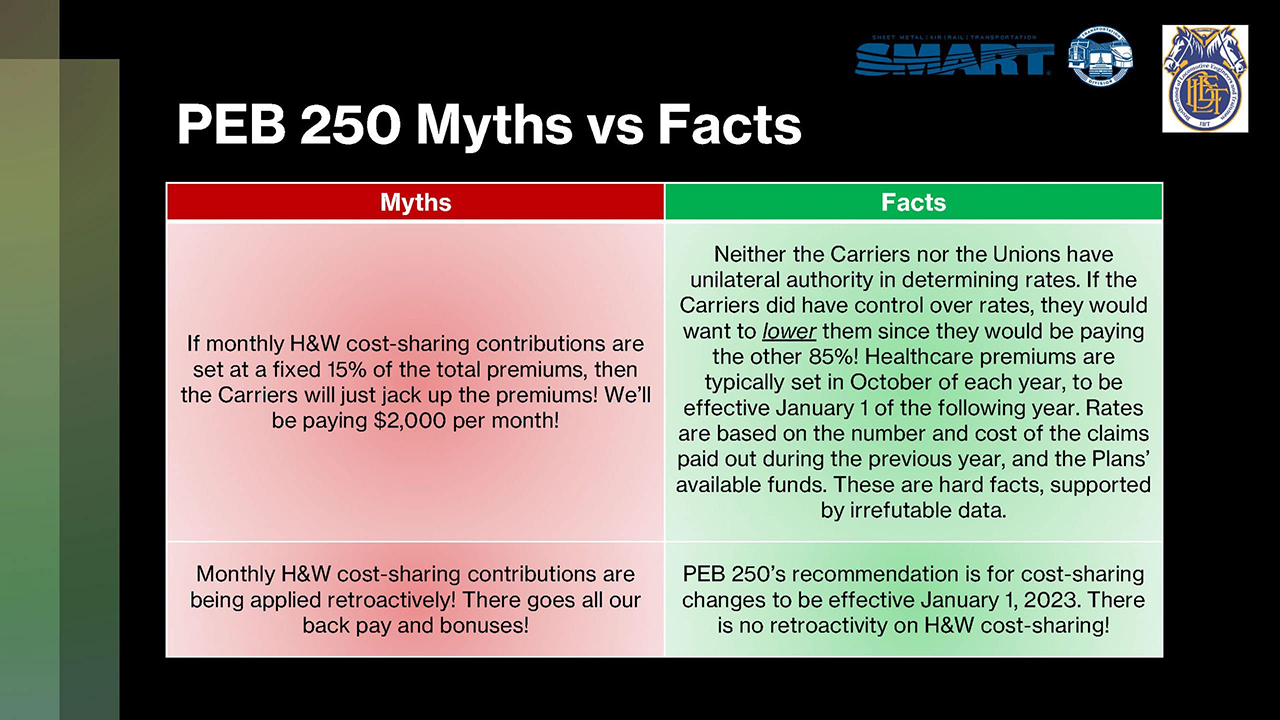 Under provisions of the Railway Labor Act (RLA), the sides have until Sept. 16 to reach a tentative settlement—subject to member ratification—after which labor may strike or carriers may lockout, which likely would prompt Congress to end any nationwide rail shutdown by imposing a third-party settlement.

If a tentative agreement is reached prior to Sept. 16—or if the two sides agree to extend negotiations beyond Sept. 16 in expectation of a settlement—that tentative contract will be provided to members of each of the 12 unions for ratification. Failure to ratify by one or more of the union memberships similarly could result in a strike.

In an effort to correct misinformation that has been spreading among members, the two largest rail unions, representing primarily train and engine service employees, have published a document, PEB 250 Myths vs. Facts, dispelling many of the myths being spread (links, below). The two unions are the Brotherhood of Locomotive Engineers and Trainmen (BLET) and the Transportation Division of the International Association of Sheet Metal, Air, Rail and Transportation Workers (SMART-TD).

Two other facts that dispel misinformation spread among members are that rail employees are quitting their jobs in large numbers and that there are few applicants for available railroad jobs. As the NRLC (National Railway Labor Conference) observes:

Following are links to the seven myth vs. facts slides BLET and SMART-TD have distributed to dispel misinformation being spread: