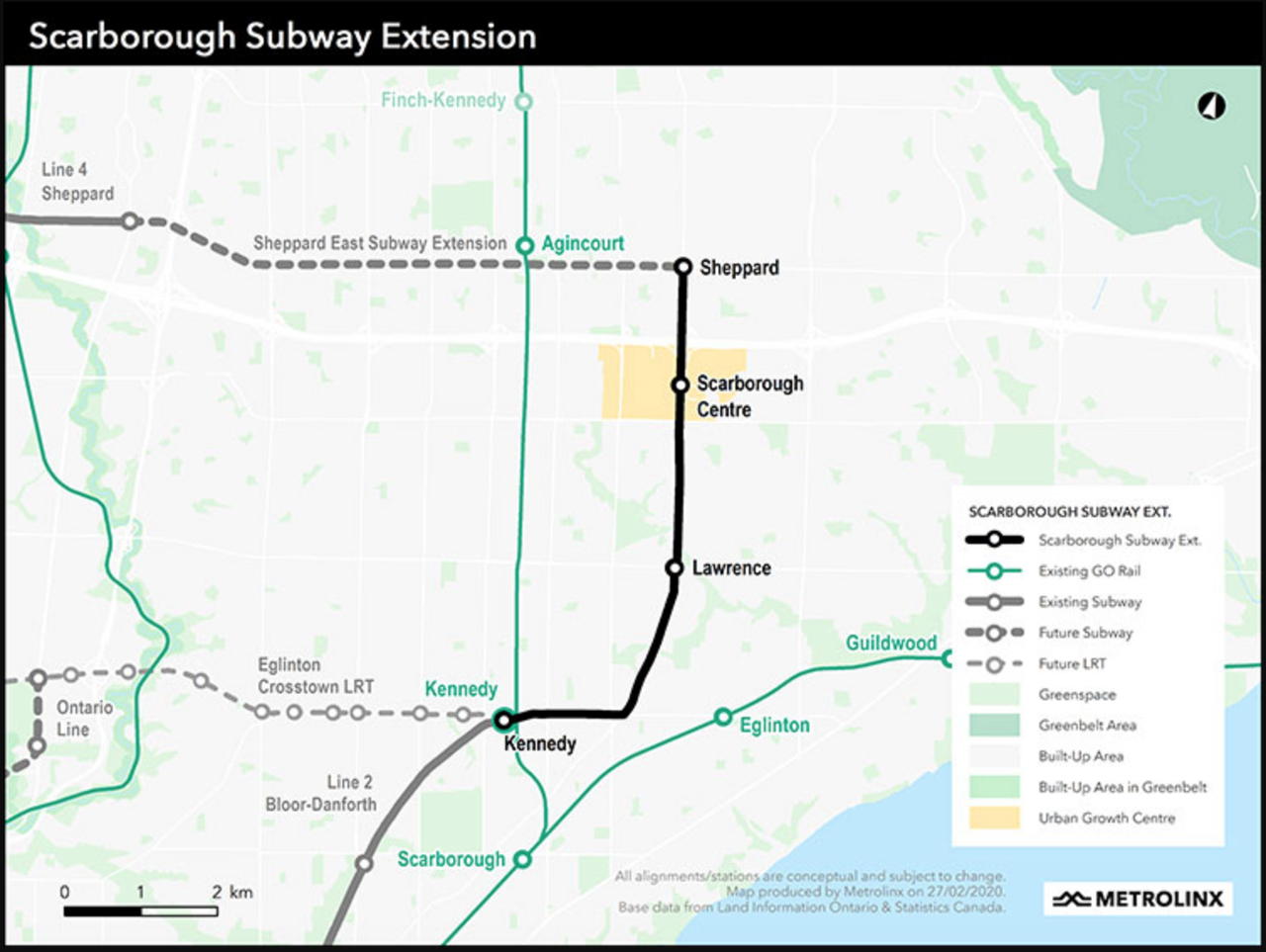 Strabag will now build the launch shaft in preparation for tunneling, which is slated to start in 2022. Tunneling will be followed by contracts for the balance of the work, according to the Office of the Premier.

The project is estimated to support as many as 3,000 jobs annually during construction, and completion is expected by 2029-30.

The Scarborough Subway Extension is part of a $23.1 billion (C$28.5 billion) subway expansion program for the Greater Toronto and Hamilton Area, which the government of Ontario announced in April 2019. The program also includes these three projects: a new Ontario Line (a nearly 16-kilometer or 9.94-mile free-standing line); Eglinton Crosstown West Extension (extending the Eglinton Crosstown LRT 9.2 kilometers or 5.72 miles); and Yonge North Subway Extension (a 8-kilometer or 4.97-mile extension, bringing TTC’s existing Line 1 subway to the cities of Vaughan, Markham and Richmond Hill). The projects are being procured and delivered by Infrastructure Ontario and Metrolinx.

“This long-awaited project will deliver reliable and modern rapid transit the people of Scarborough need,” Metrolinx President and CEO Phil Verster said. “We’re so glad that shovels are now in the ground to turn long-discussed plans into reality as quickly as possible.”