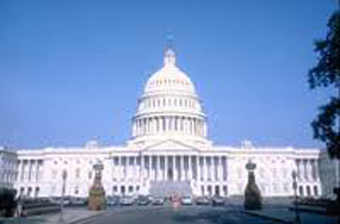 One clause in a single sentence in President Obama's second inaugural speech has potential for meaningful consequences: "Together, we determined that a modern economy requires railroads and highways to speed travel and commerce."

The word “together” is crucial, signaling the president’s second-term strategy to advance further a voter-driven grass-roots movement so enormous, ear-splitting, and effective that budget hawks cannot ignore, sweep aside or diminish an expansion of public/private partnerships such as for positive train control, the evolution of higher- (HrSR) and high speed passenger rail (HSR), continued favorable tax treatment to strengthen short line railroads, and improvement of roadways linking intermodal yards and ports.

With 84 new House members and 11 new senators (some 18% of total congressional seats), education of new members is paramount. Combined with the president’s intent — through greater grass-roots involvement — to strengthen the rail passenger and freight option, the railroad community could have much to cheer in coming months and years.

Whether incoming House Transportation & Infrastructure Committee Chairman Bill Shuster (R-Pa.), who actually rides Amtrak, will scale back the endless Amtrak attacks advanced by predecessor John Mica (R-Fla.) is unknown. Mica, in fact, remains a member of the T&I Committee, plus he is now chairman of the Government Operations Subcommittee, allowing him to initiate new attacks on Amtrak under the guise of efficiency investigations.

As for higher-speed and high speed rail, Shuster recently embraced capitalism’s guru, Adam Smith, as having recognized a “need for government to erect and maintain public works to facilitate commerce.” Still, his choice for chairman of the House Rail Subcommittee, Jeff Denham (R-Calif.), has been a loud opponent of high-speed rail construction in California. The vox populi, boosted by targeted railroad advertising, public education and effective lobbying, could make a difference.

Arguably, Transportation Secretary Ray LaHood and FRA Administrator Joe Szabo did the high speed rail effort a disservice by distributing billions of dollars intended for high speed rail so thinly — think politics and a desire for presidential electoral votes — that what could have been effective financing for a completed demonstration project was squandered. The search for electoral votes will be less prevalent over the next three years if Congress provides more funding.

As for Positive Train Control, the congressional timetable for Dec. 31, 2015, implementation may be delayed by Congress, but there are no indications lawmakers intend to scrap the mandate.

Railroad opposition to PTC implementation is intriguing. Major railroads first advanced PTC, known during the 1980s as Advanced Train Control Systems (ATCS). The Association of American Railroads asserted ATCS held business benefits beyond being a valuable safety overlay. Colleague Larry Kaufman recently quoted, in another publication, former Burlington Northern scientist Steve Ditmeyer — who designed an early PTC system — that if PTC were integrated with existing signal systems, business benefits might include better service for shippers, delivering a positive return on investment. In 2004, the FRA forwarded to Congress a study by consultancy Zeta-Tech that service improvements produced by PTC have a value of $2.5 billion annually—a towering return on a current estimated $10 billion industry investment.

The merger movement of the 1980s and 1990s sapped capital then intended for ATCS, and the program was shelved until Congress, in 2008 and acting on two decades of NTSB nudging and a deadly accident, ordered PTC implementation. For sure, PTC is an unfunded mandate, but there is compelling reason for Congress to incorporate that mandate in a public/private partnership, with federal funds provided to pay for the significant public safety benefits flowing from PTC implementation.

To its credit, a wickedly divided Congress renewed, retroactively, the tax credit for short line railroad infrastructure improvements (50 cents for every dollar invested), but those credits could again fall victim to budget slashing. As with PTC, education of lawmakers by railroads should focus on the value of public/private partnerships, including the removal of big trucks off dangerously congested highways.

Finally, there is compelling reason for Congress to use highway fuel-tax revenue to improve roadways linking intermodal terminals and ports. Container traffic at the gargantuan Long Beach, Calif., port has doubled since 1995, and is predicted to double again by 2030, with vessels capable of carrying 18,000 20-foot equivalent containers— nearly three times the current capacity—about to be constructed.

President Obama recognizes the urgency of strengthening, expanding and making heard a voter-driven grass-roots movement to enhance the efficiency of passenger and freight rail. While not mentioning rail, Chairman Shuster in January praised investment in Interstate highways as having “benefited our nation and spawned tremendous economic growth.” The same would follow for railroad public/private partnerships.

Indeed, greater public/private partnerships with the railroad industry hold a promise of unclogging our domestic arteries of commerce, putting more Americans back to work, increasing the tax rolls, enhancing productivity, and lowering transportation and production costs.

The ball in in Congress’ court. It is the vox populi that will do the coaching.