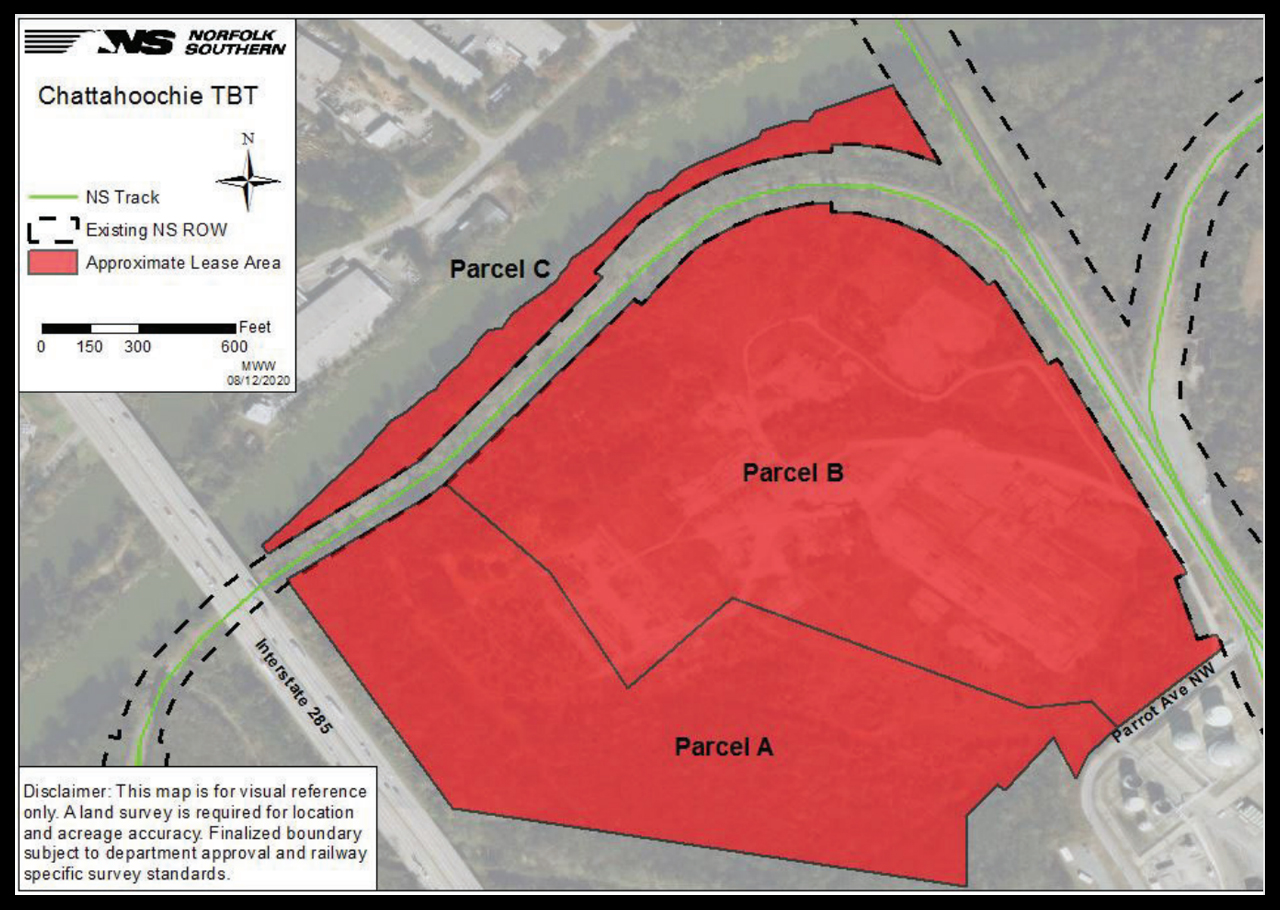 The NS facility was to be located on the former Chattahoochee Brick Co. site, which was said to have relied on convict lease labor to produce millions of bricks between the late 1870s and early 1900s.

It was to be located on the site of the former Chattahoochee Brick Co., which is said to have relied on convict lease labor to produce millions of bricks between the late 1870s and early 1900s.

The Class I railroad’s decision follows the city of Atlanta’s filing Feb. 12 of a petition for preliminary injunction with the Surface Transportation Board (Docket Number: FD 36485; Filing ID: 301626). The filing states: “Despite the historical importance of Chattahoochee Brick, the floodplain, and the environmental conditions on the site, NS and [property owner] Lincoln Terminal have commenced construction of a transload facility on the site without regard to the myriad local health and safety laws and regulations and federal floodplain requirements that apply at this site. Continued physical destruction at the site, which recent research confirms includes a burial site for workers who died while working at the plant in the late 19th and early 20th centuries, risks the total loss of a heritage site with substantial historical significance and violates City and State laws which are a legitimate and uniformly applied exercise of state and local police powers. The Board should grant the injunction requested here to prevent irreparable harm to the City of Atlanta.”

NS said that it “believes the city’s action lacks legal merit,” but it “listened to the community and has no interest in protracted litigation if the city opposes the project.” The railroad will now complete the necessary work “to stabilize and secure the site and then withdraw.”

NS explained in a Feb. 18 press release that throughout 2020, it worked closely with local elected officials, held multiple meetings to listen to the concerns of community stakeholders, and incorporated feedback into plans for the site. Additionally, it “offered to work with community representatives to design and build a memorial, at the company’s expense, to ensure the history of the site is never forgotten. The company also expressed support—and conducted site tours with stakeholders—for creating public-access trails on the site along the Chattahoochee River and Proctor Creek, as many environmental and community groups advocated.”

The railroad also said it complied with “rigorous environmental standards for site redevelopment,” and worked with “the Georgia Environmental Protection Division, through the voluntary Georgia Brownfields Program, to perform extensive environmental remediation of the property.”

Outside experts engaged by NS performed an archaeological and historical survey and archaeological excavation in certain areas, but did not find evidence of a cemetery, according to the railroad. But as development continued, “given the site’s tragic legacy, the company committed to exercise great care,” NS said.

“We accepted from the beginning that we had a special responsibility to develop this site in a socially and environmentally responsible way, given the atrocities that once took place there,” NS Chairman, President and CEO James A. Squires said. “We believe our project presented an opportunity to create a long-overdue memorial to the painful legacy of the site, and at the same time reshape its future by building new river trails and putting the long-abandoned land back into productive use in a way that benefits the regional economy.”

He continued: “We pride ourselves on being a good corporate citizen in the communities where we operate. In this case, that means walking away from the project despite our very best efforts to work with the community on the responsible development of the site.”