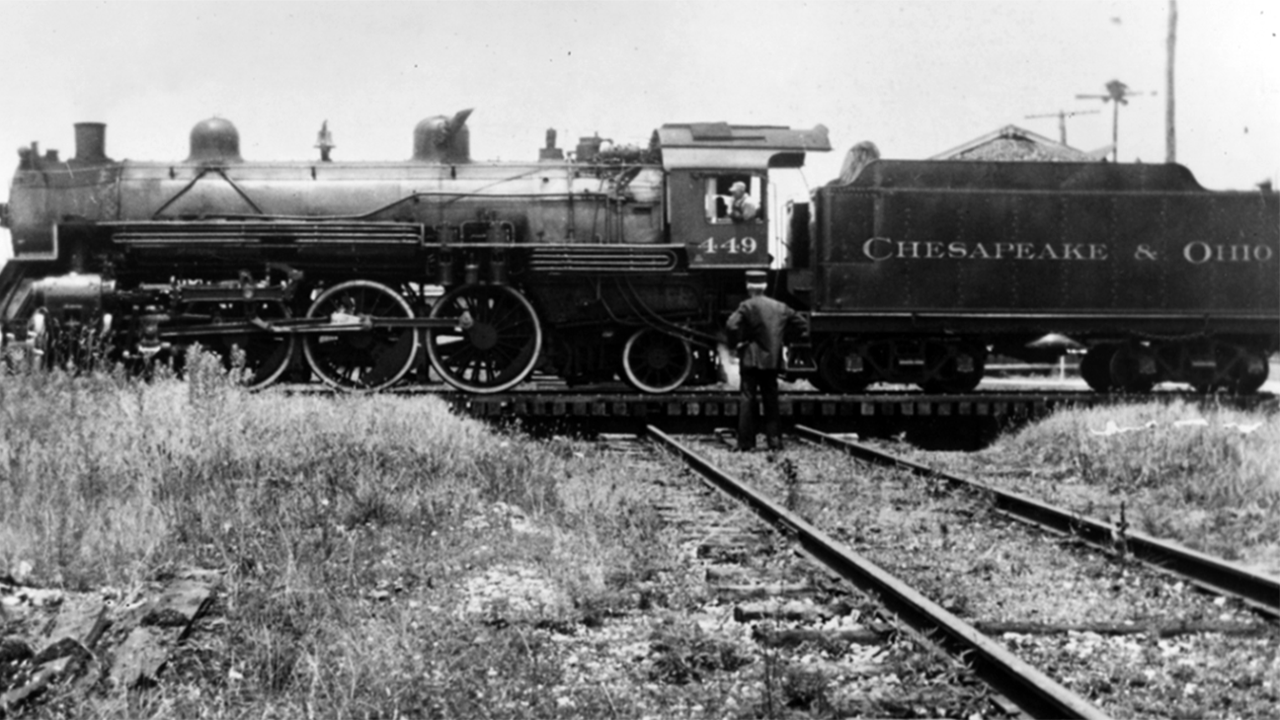 Aside from having been a locomotive engineer for 35 years, preceded by a decade in broadcasting, I have offered my insight into the ground pounder’s life on the railroad in books, magazines, and even on network television for the past 30 years. I hear regularly from readers of my first book, “From The Cab: Stories From A Locomotive Engineer,” even though it’s been out of print since shortly after its 1999 publishing. Folks tell me that they pass around old copies or purchase them on line. The most frequent response is, “I wanted to work for the railroad until I read your book and realized I wasn’t willing to sacrifice my personal life, my marriage, and my family—for whatever I was going to be paid.”

I was, I did, but I survived. My son has followed me up the grab irons into the cab of a locomotive, and he faces the same challenges—only worse. I don’t think my grandsons will become railroaders, although they initially had a fixation with trains. Times are changing, the industry has too, and if we don’t come to grips with and understand what’s causing this wave of climate change on the rails, we’re going to find ourselves up to our neck in a rising sea of problems that’s already knee deep.

My first day as a yard brakeman, I worked alongside a man who could neither read nor write. He switched freight cars with the best of them, but on payday, someone had to accompany him to the bank to witness him endorsing the back of his paycheck with an “X,” and to help count the money that was stuffed into his pay envelope. I personally was subject to much scrutiny, at first. “You’ve got a college education, and you’re going to be our boss one of these days. We don’t know if we can trust you.” They did, thankfully. I learned a lot, and I’m very grateful.

I quickly discovered from an angry old conductor that every minute counts when you are being paid by the hour—especially when you’re on overtime. We had a “toe to toe” confrontation over our release time once when our watches disagreed by a few seconds. “That was ninety-five cents you were about to throw away. And don’t forget to put in for the eighty-five cents arbitrary we’re owed for coupling an air hose.”

These men of the Greatest Generation—who scavenged for food during the Great Depression—scoured their weekly statement of earnings, checking it line-by-line for any minuscule errors or omissions. Certain that they were purposely being cheated, they immediately ran to their union rep, upon finding any discrepancy. One brakeman even insisted there was a conspiracy afoot: “Think of how much money they [the railroad] saves if they short every employee out of a single minute. It adds up to a fortune.”

Most accepted the fact, that with their level of education, even after having served in the military during World War II, they were reasonably well compensated. They coveted the free healthcare that railroad employment (at the time) provided them. To that end, their families simply had to understand that the privilege of “marking off” amounted to a voluntarily pay cut since they weren’t compensated whenever they didn’t work. Holidays were observed only when they happened to fit into a railroader’s work schedule. Neighbors had to accept that any social plans were temporary, and subject to sudden unannounced cancelation. When able to attend a high school play or sporting event, the railroader was excitedly introduced to his children’s friends as the dad they’d alluded to from time to time, just to prove that he actually existed. When the coal miners went on vacation, or the Florida tourist season ended during the summer, a drop in business meant that railroaders were furloughed—cut off. Thus, the rule of thumb for the older generation of railroaders was to make as much as they could while they could.

I began to notice the hastening evolution in the grand scheme of things as my career progressed. The old heads retired and were replaced by younger men with high school or college educations. While some were likely management candidates, most soon realized that the pay and benefits they earned as union-represented agreement-covered workers greatly exceeded what they could expect to make sitting behind a desk, Monday through Friday, nine to five. The difference was that because of seniority, the better paying jobs and preferred days off belonged to senior railroaders. It always seemed unfair to me that the time when a wife and family needed the railroader the most was when he could schedule his vacation the least. So, he marked off without pay, if he could afford to.

As women began to enter the railroad workplace in the operating crafts as well as many clerical positions from which they had previously been excluded, the dynamics of the industry changed dramatically. Time off became even more important.

By contrast, contract negotiations remained pretty much standard. The old management playbook appeared to be, “Open the cage, throw in a little meat, and watch them fight each other over it.” To the older men, who grasped every penny as if it was their last, getting a few cents more per hour was a huge victory. When the enhanced contract was finally agreed upon, the increased wages were factored in and calculated, and a long awaited back-paycheck was issued. Once in the bank, it usually meant a new car, a family vacation, or paying accrued debts. No one seemed to care that paid vacation or sick leave never remained on the table long after initial Section 6 notices were introduced. It was all about wages. Those old fellows were grateful for a job that put food on the table and a roof over their family’s head, even if it meant that they seldom got to sleep there, and most of their meals were enjoyed conversing with the waiter at some corner hash house in the middle of the night. A raise was a raise.

So what has happened?

The most prominent change has been the expectation of the new breed of employees who now work for the railroad—airline pilots, teachers, servicemen and other educated professionals. Management can’t just callously toss money on the table and expect their workers to go away with a smile on their face counting their blessings, as they did in the old days. There are so many other options for workers or job candidates, with or without higher education levels. Railroads refuse to recognize that they can’t rely on past practice to guarantee future performance.

As to the current national quagmire: Quality of life is not just a passing fad. It’s a core concern. You’re going to have to deal with it. It’s not going away.

Failure to offer some program of paid sick leave is not only unconscionable, but patently unsafe. I often went to work so sick I could hardly keep my head raised to observe the signals ahead—but I had to. For most other people, even those employed in entry level occupations elsewhere, an allotment of annual sick leave is customary. It only makes sense that most successful companies do not want sick employees in the workplace risking infection and further absenteeism to others.  Not so the railroads.

An unwise driver turned into the path of my son’s car as he was commuting to his assignment this past Christmas Eve. His car was totaled, but thankfully, he was spared, though injured. He called the proper authority to mark off as he was being transported to the hospital emergency room in an ambulance, and his train left on time. His injuries resulted in his being off from work and on pain medications for a week, which made him ineligible for duty. His employer, however, has classified this absence as “unexcused,” and he was warned by certified mail about his violation of the railroad’s attendance policy.

Trimming the workforce to the bare bone in order to cut costs has simply exacerbated the dilemma. Thanks to maximization of human resources (by whatever name you wish to call it), there no longer is ample manpower to fill vacancies, even when assigned workers are ill. Predicated on yo-yo force reductions of the past, it was assumed that after months of payless paydays, due to the pandemic, workers would be flooding sign-up locations in droves, and climbing aboard their trains. Not so. With attractive alternative options, new hires didn’t come back, and long-time workers who were qualified resigned and claimed the Railroad Retirement benefits they had earned. People are voting with their feet.

Railroad management can publicly deny that a toxic atmosphere of threats and retribution exists. The pressure to produce more has become even greater, but you can’t extract blood from a turnip. As if to add insult to injury, railroads boastfully assert that employees really add nothing to their bottom line. The unions have picked up the gauntlet that management has thrown down and has answered, “We’ll see.” They’ve done a masterful job of educating the public this time, especially the press. The media has begun to characterize the railroads and their stockholders in terms of a miserly Ebenezer Scrooge, just in time for a Christmas season work stoppage. “Bah humbug!” they are saying. “Poor Bob Cratchit.”

The C&O hired my grandfather in 1925, not long before the stock market crashed. He was furloughed until rail traffic picked up prior to World War II. He took every kind of menial job that was offered. He stoked coal into the furnace of the school my mother attended, butchered meat and was paid with the shop’s daily leftovers. His family learned to eat whatever he could hunt or plant, and relied on the generosity of others to get by. But whenever the call boy showed up, no matter how many weeks or months it had been since he last worked, he literally dropped everything to make a day’s pay on the railroad, and to maintain his hard-fought-for seniority. He had to. He had no choice.

Today’s railroad is not my grandfather’s railroad, nor is it the one I once worked for. Today’s railroaders are not the old heads. Quality of life is now front and center in contract negotiations. Like it or not, it is the driving issue, and will continue to be. It must be dealt with.

The grandson of a C&O Railroad conductor, Richmond native, and Virginia Commonwealth University mass communications graduate, Doug Riddell is a retired locomotive engineer and Amtrak company photographer, hired initially as a switchman by the Seaboard Coast Line Railroad in 1977. Riddell was a radio and television broadcaster who still does public speaking and commercial voiceover work, and is occasionally called upon to comment on railroad-related topics for network and cable television news. His exploits have served as the nexus for decades of anecdotal glimpses into the life of working railroaders that have found their way into books, magazines and documentaries. A published author, Doug’s first 1999 volume, “From The Cab: Stories From A Locomotive Engineer,” was an outgrowth of his monthly “From The Cab” column in Passenger Train Journal and RailNews. He published a poignant yet comical look at the late Eugene Garfield’s original auto-train, as well as a history of its successor, Amtrak’s Auto Train. Residing in Ashland, Va., where Amtrak and CSX trains ply the main line through the center of the picturesque southern college town, Doug and his wife, Sandy, a retired educator, are first-time grandparents of twin boys, whose father follows in his father’s footsteps at a locomotive throttle.