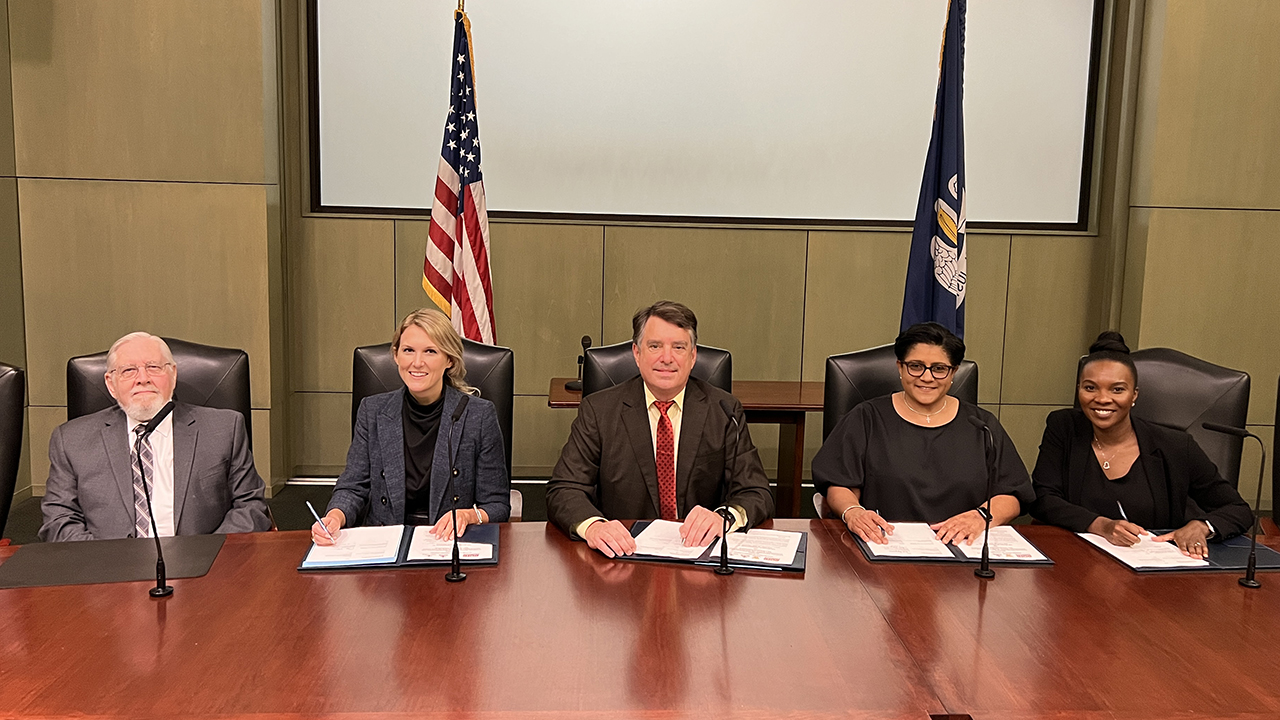 NOPB received $1.5 million to construct the NOPB Transloading Industrial Park in New Orleans East. The facility will be located on Terminal Road in New Orleans East and will serve as a site for shippers to move products between truck and rail. It is expected to serve existing and new NOPB customers and to facilitate business growth in this area “by adding cost-effective shipping options with access to new markets.,” said LADOTD Secretary Shawn D. Wilson, Ph.D. “This will be the first joint infrastructure venture between Port NOLA and NOPB as two strategically aligned organizations. The NOPB Transloading Industrial Park will allow new and current operators to enter or expand in the New Orleans market.”

Construction on the NOPB Transloading Industrial Park is expected to begin in the summer of 2023. Engineering and design work is under way.

“I want to thank LADOTD for this funding. It will help the NOPB continue to focus on growing and expanding its network, while providing our customers with excellent service and maintaining an efficient and fluid railroad,” said NOPB General Manager Tomeka Watson Bryant, a Railway Age 2022 “Women in Rail” and 2021 “20 Under 40” honoree. “This important transportation infrastructure project will bring jobs to the region and strengthen the NOPB and Port NOLA gateway.”

NOPB is a Class III railroad on the nation’s fourth-largest rail gateway that connects with six Class I railroads and serves Port NOLA and local industry. The short line operates 26 miles of main line track and 75 additional miles of track along with three classification yards and four storage yards.

LAS received $1.5 million for track, rail and bridge upgrades between Hodge and Gibsland in North Louisiana. Challenged by legacy infrastructure and the impacts of climate, LAS “was proud to submit a pilot project to the inaugural year of the LADOTD Short Line Rail Infrastructure Investment Program from DOTD, noted Roadmaster Judson Rogers. “LADOTD’s support of our railroad is a significant first step in realizing a modern short line system across the state that can handle more capacity while maintaining the highest standards of safety.” Project work is currently under way.

LAS, a WATCO-operated property since 2005, operates on 195 miles of track across rural Louisiana, serving a diverse rural customer base and moving more than 15,000 carloads annually of paper products, aggregates, oils and consumer products. The Class II connects with Kansas City Southern at three interchanges: Gibsland, Pineville and Sibley, La. Powered by 11 locomotives, it employs 39.

“With the assistance of Shortline Railroad Priority Program grants, this department can continue to construct infrastructure projects that enhance safety, providing seamless links across corridors, congestion mitigation relief and a sense of hope in Louisianans as we work to move our state forward,” said DOTD Commissioner of Multimodal Commerce Renee Lapeyrolerie. “Our state freight rail receives 47% transit movement a year, and funding from this grant will help in providing a reliable rail network.”