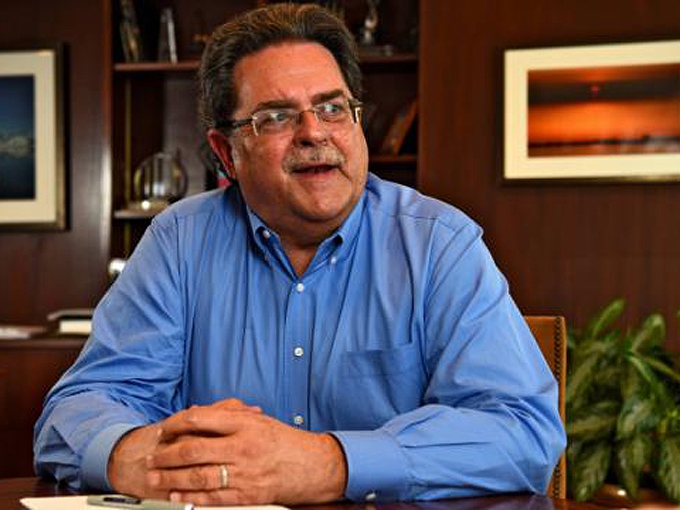 Now that Michael Ward has retired as CEO of CSX, he will remain in Jacksonville and continue the work that he loves as much as running a railroad—giving back to the community.

Ward, 66, Railway Age’s 2009 Railroader of the Year, will focus his efforts on running the Michael J. Ward Foundation. According to the Florida Times Union, when Ward was named CEO in 2003, “he decided to share the wealth and, since taking over at CSX, has personally or through his Michael J. Ward Foundation given about $30 million to various education, domestic violence prevention and veterans causes. ‘This is a well-paid job. I started earning all this money,’ he said in a recent interview. “I am a relatively simple man—nice house, nice car, nice wife—what else do I need? What am I supposed to do with it? I probably had been given this to make a positive difference,’ he said.”

Ward revamped CSX’s corporate philanthropy, the Times Union noted: “The company’s giving had benefitted only the company’s headquarter cities—then in Richmond, Va., and Jacksonville—but he shifted focus to the communities where CSX trains run. Also, he created philanthropy budgets for each of the company’s divisions. ‘There was a bias toward what I call the more elite organizations, the symphony, museums. We run trains in 23 states and most of the time the railroad does not run in the best part of a community. We needed to have philanthropy where we run our trains,’ he said. Ward said he hopes the incoming CSX management will follow the same philosophy, of network-wide philanthropy and volunteerism. He encouraged other wealthy Jacksonville residents to ‘get off their dime’ and support worthy causes. ‘They can’t take it with them,’ he said.

I hope that Hunter Harrison, now that he is CEO of CSX, will continue what Michael Ward started. When Harrison took over Canadian Pacific, he supported the railroad’s two Holiday Trains, which over the years have collected and distributed millions of dollars in food and clothing for poor communities in CP’s operating territories in Canada and the United States.