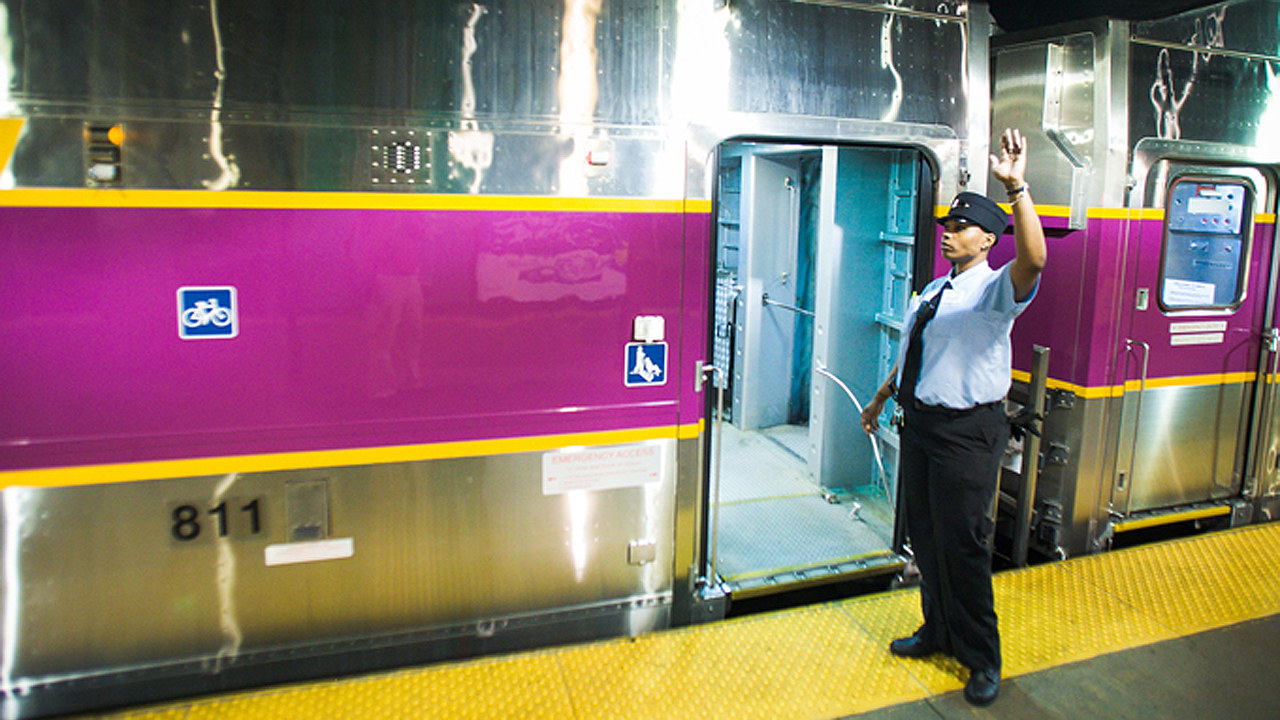 The Massachusetts Bay Transportation Authority is restoring some service in and around Boston in the wake of strong criticism by members of Congress and rider advocates. There are improvements planned for local rail transit and some bus lines. Starting in April, some commuter rail riders will benefit from improved mid-day service, while others will have to keep waiting before they have weekend service.

MBTA’s March 22 announcement came only eight days after service was slashed for spring schedules on local transit. State House News Service reported March 23 that the agency “would provide full funding for pre-COVID service levels on bus and subways,” but added, “However, the full slate of service will not return immediately when the new fiscal year begins July 1.”

The latest round of cuts slashed service on the Orange, Red and Green Lines 20%, while service on the Blue line was reduced 5%. With recent cuts, commuter rail is running at levels between pre-COVID weekday and Saturday service. On the bus side, several routes were eliminated, others were consolidated, and mid-day service was increased on a few others.

The agency’s original plan was to hold some of its share of federal COVID-19 relief grants for future use, rather than restoring service now. Transit managers have now changed that policy, in light of a strong backlash. The Boston Globe reported on March 19 that the MBTA “is backtracking on planned budget cuts in the face of criticism from the state’s congressional delegation over the agency’s decision to reduce service despite recently receiving more than $1 billion in federal pandemic relief.”

While MBTA General Manager Steve Poftak said March 19 that the agency would accelerate service recovery, advocates remain skeptical. The Globe quoted Jared Johnson, director of Transit Matters, as saying, “The devil’s going to be in the details. For a lot of advocates, this is what we’ve said the whole time: We’re amenable to conversations about service levels, but ending routes or not having services is a red line.” Mela Myles, director of the T Riders Union and a member of the RUN (Rail Users’ Network) board, told WGBH: “The immediate, emergent needs right now are not to cause crowding and not to pack people onto buses when they’re running at a less-frequent schedule.” She also criticized the agency for not using COVID-19 relief funds for their intended purpose.

Dennis Kirkpatrick, also a member of the RUN board, told Railway Age: “There was a substantial amount of public pressure from individual riders, as well as from elected officials from every city and town in the service area. The cutbacks that are in place have increased crowding, and social distancing is out the window.” He added that employees are not challenging riders who do not observe social distancing practices or do not wear masks, because of recent assaults on them.

Part of the T’s announcement was that 40 crew members on the commuter rail system will not be furloughed indefinitely, as had been planned. Still, not all riders will benefit from the new schedules, which will take effect April 5. They include service improvements for many mid-day riders, some loss of peak-hour service historically designed for commuters (and no longer needed, at least in the agency’s opinion), and no improvement for weekend riders, who were particularly hard-hit by the most recent series of cuts, which went into effect Jan. 23. Weekend service survives only on the Providence, Middleborough/Lakeville, Fairmount (Dorchester), Worcester, and Newburyport Lines (the Rockport Line will be served by buses instead), the latter the only line on the North Side of the system that will still run on weekends. The new schedules will not change that, at least until summer schedules take effect.

On Jan. 19, service on most lines was reduced to approximately weekend level, mostly with about two hours between trains. Service to Stoughton and to Wickford Junction (in Rhode Island, beyond Providence) was reduced to only two trains into Boston in the morning and back in the late afternoon. The new schedule trims the number of trains by 11 from pre-COVID levels. There will be no more trains to Plymouth; all trains will go to the alternate terminal at Kingston. Still, most of the changes to weekday schedules call for better service in some respects than had been offered before the virus struck last year.

Much of the returning service will run during the mid-day period, as hourly service will become the mid-day standard on several lines. There will also be more-frequent departures elsewhere, as trains on the Dorchester Branch will run every 45 minutes, rather than hourly. There a new service pattern that was not practiced recently: short turns at Beverly. That town has historically been the junction for service going northeast to Rockport or Newburyport, but the new schedule calls for some trains to turn there and go back to North Station.

Uncertain at this point are if the MBTA’s plans call for the enhanced weekday mid-day service to be permanent; if and there are plans to restore weekend trains on the seven lines that lost them in January; and whether there are any planned changes in the fare structure, n response to the new riding patterns of fewer commuters at traditional peak times and a higher percentage of ridership at other times. These are still important issues, as the nature of regional rail travel is changing as the nature of commuting changes. The improvements coming soon at mid-day on several lines might serve as a useful model for the apparent transition to more-balanced, all-day service on the entire network.

Also uncertain are when the improvements are coming to local subways, light rail on the Green Line, or the historic PCC cars that still connect with the Red Line at Ashmont and run to Mattapan. With the promise of pre-COVID-level funding levels, though, this could happen with the summer schedules. But overall, Bostonians and their neighbors are patient. Recall that after 1918, they had to wait until 2004 before the Red Sox won another World Series.