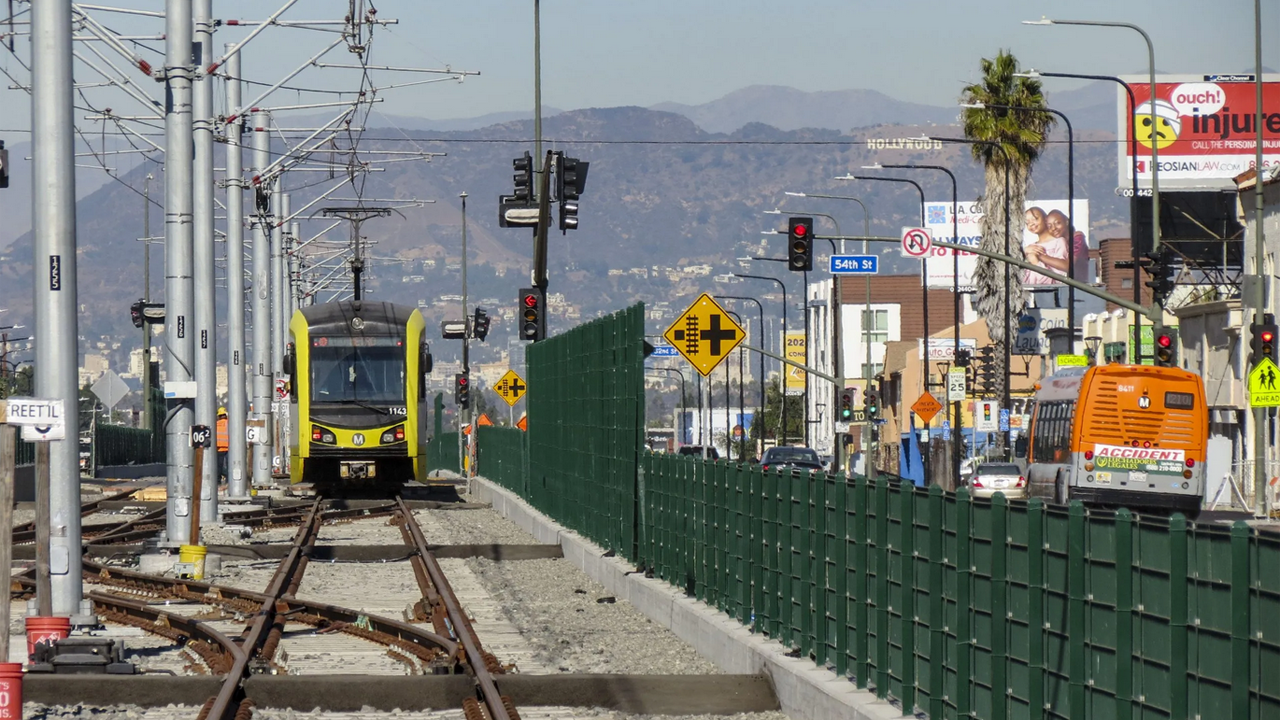 “It has been an honor and privilege to work alongside the incredible women and men of the Los Angeles Department of Transportation,” Reynolds said. “Under the leadership of Mayor Garcetti and the City Council, we have made traveling in L.A. a safer, more equitable and dignified experience for Angelenos. I could not think of a better place to build on this work than at Metro, supporting a bold leader and board with an ambitious agenda to tackle the region’s biggest challenges with creativity and a steadfast commitment to advancing opportunity for all.”

“My vision is for Metro to be Angelenos’ first choice in transportation. This team will help me deliver on that vision,” said Wiggins. “Los Angeles is a world-class city, a global capital of creativity, trade and culture. Angelenos want and deserve a world-class transit system. At Metro, we are committed to operating and building a system that puts the customer experience at the center of everything we do. I am excited about the exceptional talent we have attracted to innovate and lead the agency into the future.”

Reynolds, joins Metro from the LADOT, where she has been General Manager since 2014, “championing rider-serving innovations, including the introduction of mobile ticketing and free transit for students, development of the nation’s largest electric vehicle carshare program and the pilot of the nation’s largest universal basic mobility plan. Previously, Reynolds served at the San Francisco Municipal Transportation Agency, leading the Livable Streets Unit.

Reynolds published four articles in Forbes magazine and a key article in the Eno Center for Transportation regarding the adaptation of “Los Angeles for Urban Mobility in our Digital Age.” She earned a Bachelor of Arts in American History from Brown University.

Vides is Metro’s first Chief Customer Experience Officer, with oversight over Customer Care, Communications, Marketing and CX. In this role, she will “advance a customer-first culture and ideate and launch new initiatives that improve the customer experience.” Vides joins Metro from Southern California’s regional rail service Metrolink, where she launched high-touch customer programs, including the SoCal Explorer loyalty program, the 5-Day and 10-Day Flex Passes targeted to those now telecommuting since the pandemic, and a customer opinion panel to put customers at the center of decision-making. At the same time, she repositioned the agency’s brand from commuter rail to a regional passenger rail operator that connects people to work, family, friends and fun. Vides holds a Bachelor of Science in Communications from the University of Miami.

Gookin joined Metro in May 2022 as Deputy Chief Executive Officer and is responsible for providing daily support and oversight of long-term planning and build-out of the transit system, driving Metro’s public-private partnership initiatives and overseeing the Metro Audit Services Department.

A 30-year veteran with engineering firm the Fluor Corporation, Gookin began her career as a Design Engineer, and has served as a Deputy Project Director for Maryland’s Purple Line Light Rail Transit Project, Virginia’s I-495 Express Lanes Project (Virginia) and Texas’s State Highway 130 Highway Project. She served as the Chief Engineer, leading the execution of all engineering within the Infrastructure Business Line. Most recently, Gookin served as the Design-Build Project Director for the $4.9 billion LAX Automated People Mover Project. A licensed Professional Engineer in California, Gookin holds a Bachelor of Science in Architectural Engineering from Cal Poly San Luis Obispo and a Master of Engineering, Civil Engineering from UC Berkeley.

As Metro’s Chief Operations Officer – Mobility Services & Development, Cheung, who was appointed in April 2022, is responsible for the operations and maintenance of the Metro bus and rail system, ExpressLanes, Metro Micro and bikeshare. He also oversees capital project start up, resource and service planning, scheduling, intelligent transportation systems (ITS) and highway programs. Cheung has also served as Metro’s Executive Officer of Finance and Budget and as Senior Executive Officer of Service Development, Scheduling and Analysis.

Prior to Metro, he was the Director of Planning and Scheduling with San Diego Metropolitan Transit System and worked in the San Francisco Bay Area for various transportation planning organizations. Cheung received a Bachelor of Science in Urban Planning and Public Administration from the University of Southern California (USC), and a Master of Arts in Urban Planning from University of California, Los Angeles (UCLA).

As Metro’s first Chief Safety and Security Officer, Osborn, who was appointed in February 2022 and has 28 years of experience in law enforcement, oversees system safety and law enforcement and risk, safety and asset management. According to Metro, the job is “vital to ensuring that the Metro system is operated safely and that riders are safe on buses, trains and Metro facilities.”

Osborn previously worked as a Counterintelligence Special Agent/Staff Sergeant in the U.S. Army before becoming a Special Agent in the Federal Bureau of Investigations (FBI), where she served in various leadership positions, including leading the investigative oversight of the 2014 security breach at Sony Pictures. She holds a Bachelor of Science in Psychology from the University of Maryland.

Bonner, appointed in January 2022, is the first Chief People Officer at Metro and leads a department that oversees Metro’s labor and employee relations, talent acquisition and development and Information Technology.

He brings more than 25 years of leadership experience in the city, county and state levels, and came to Metro from Marin County, where he was the Assistant Director of Human Resources, overseeing labor relations, job classification and compensation. Bonner graduated from California State University, Sacramento, with a Bachelor of Arts in History and he holds a J.D. from Lincoln Law School.