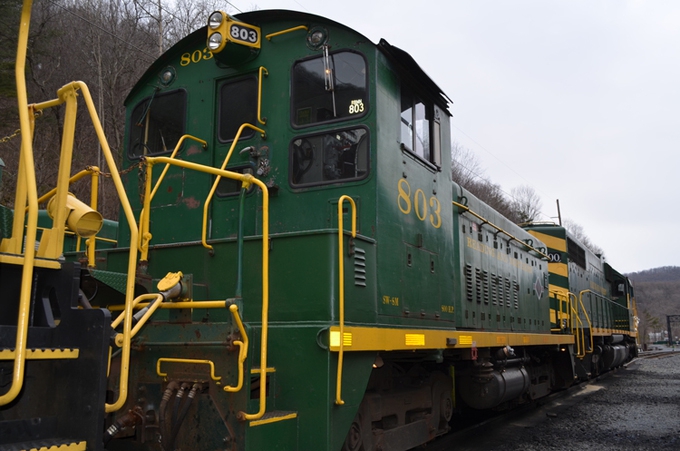 ”Overruling objections from the JRA, North Shore Railroad and Carload Express, Judge Saylor found that the Reading & Northern (RBMN) could proceed with its lawsuit to establish that JRA did not follow proper competitive bid procedures as set forth in Commonwealth law,” RBMN said in a statement. “[We] intend to prove that JRA acted illegally in the design and implementation of the competitive bid process, and that it went out of its way to keep RBMN out of the process because of the railroad’s well-known support of privatization.”

In a statement, the SEDA-COG JRA countered that Judge Saylor’s ruling “rebuffed all but one of RBMN’s claims. The railroad had sought to be the JRA’s private freight rail operator, but was disappointed when it was not invited to proceed to the final selection process. Judge Saylor’s ruling allows RBMN to attempt to prove that it was treated unfairly. The court was bound at this stage of litigation to treat all allegations in RBMN’s complaint as true, which is why RBMN is allowed to make its case on the single narrow issue of alleged unfairness in the selection process.”

The SEDA-COG JRA said that the court “threw out anti-competition claims raised by RBMN because the JRA was established in 1983 and RBMN was incorporated in 1990; the private railroad cannot sue on the basis of illegal competition when the JRA existed [previously]. [Judge Saylor recognized] that the JRA was formed for a good purpose and has fulfilled its industrial development mission for [more than] 33 years. [His] ruling stated that the JRA was formed to ‘carry out a laudable and necessary vital function.’”

“RBMN also alleged that state law required the JRA to bid out the railroad operations like a construction contract, which would go to the ‘lowest responsible bidder,’” the SEDA-COG JRA said. “The judge roundly rejected that argument, saying, ‘It is inapplicable and not subject to further analysis.’ This means that the ‘lowest responsible bidder’ requirement does not apply to a Request for Proposals for rail operations.”

“The JRA’s process to select a rail operator was designed to be fair, and the facts will show that to be the case,” said Chair Jerry Walls.

The SEDA-COG JRA noted that “no taxpayer dollars support the JRA’s administrative operations, which solely are supported by an operating fee paid from freight revenue from its private operator, which is currently North Shore Railroad.”