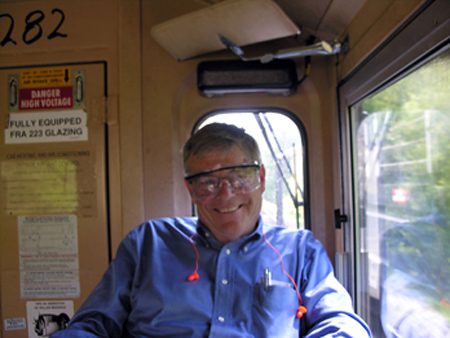 Throughout a career in the railroad industry that spanned almost a half-century, McClellan worked at Southern Railway, New York Central, Penn Central, the Federal Railroad Administration, Amtrak, the U.S. Railway Administration, the Association of American Railroads and Norfolk Southern in marketing, planning and policy roles. He retired from NS in 2003 as Senior Vice President Planning.

McClellan is best known for his strategic behind-the scenes work in the mid-1990s during the split of Conrail between NS and CSX. He is credited with NS’s so-called “go crazy” strategy that ultimately prevented CSX, whose chairman at the time was John Snow, from acquiring 100% of Conrail.

McClellan was among the core group of people in the U.S. Railway Administration who created Amtrak and laid the groundwork for Conrail, and later was a part of the teams that created Norfolk Southern from a merger of the Norfolk & Western and the Southern, in addition to his later involvement in the split of Conrail between NS (58%) and CSX (42%). Executives and planners relied on his railroading knowledge and interpretations of railroad system maps and rail traffic flows.

McClellan is the focal point of several chapters in Rush Loving Jr.’s 2006 book, “The Men Who Loved Trains: The Story of Men Who Battled Greed to Save an Ailing Industry.” Loving, a long-time friend of McClellan, referred to him as “The Forrest Gump of Railroading.” He was honored with Railway Age’s W. Graham Claytor Jr. Award for Distinguished Service to Passenger Transportation, and was named one of “75 People You Should Know” in the November 2015 issue of Trains magazine. McClellan’s own book, “My Life with Trains: Memoir of a Railroader” is slated for a May 2017 release, according to Amazon.com.

A self-professed life-long rail enthusiast, something that began at age five (the Atlantic Coast Line ran next to his backyard), McClellan was a rail photographer for almost 60 years. Post-retirement from NS, he joined Woodside Consulting as a Vice President. He gave numerous speeches dealing with railroading’s past and future. He was also a painter, a model railroader, and a passionate boater (both sail and power). He spent much of his time traveling the world, “photographing people, places and animals, and trains,” in his own words.

McClellan was a 1961 graduate of the University of Pennsylvania’s Wharton School of Business, where he earned a B.S. in Transportation Economics. He served as an officer in the U.S. Navy, with the Atlantic Fleet Destroyers. 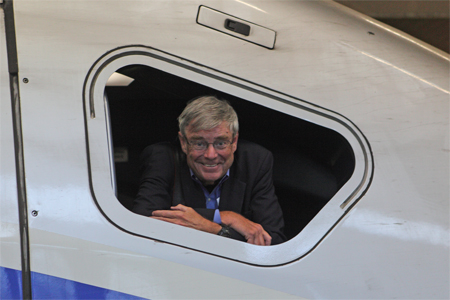 “America’s rail industry has lost a true visionary, someone who passionately navigated railroading through a difficult operating period and whose contributions helped make the industry the powerhouse it is today,” said Association of American Railroads President and CEO Ed Hamberger.

“Jim foremost and always was a visionary, and his enthusiasm made tomorrow an exciting place to be. He drew the roadmap for modern railroading and never stopped asking, ‘What’s next?’” said NS Chairman, President and CEO Jim Squires. “Jim’s friends and colleagues at Norfolk Southern join railroaders around the country as we mourn his passing.”

McClellan is survived by his wife, Joanne; a son, Mike (Vice President Industrial Products at NS); a daughter, Susan Abagnale; and several grandchildren.