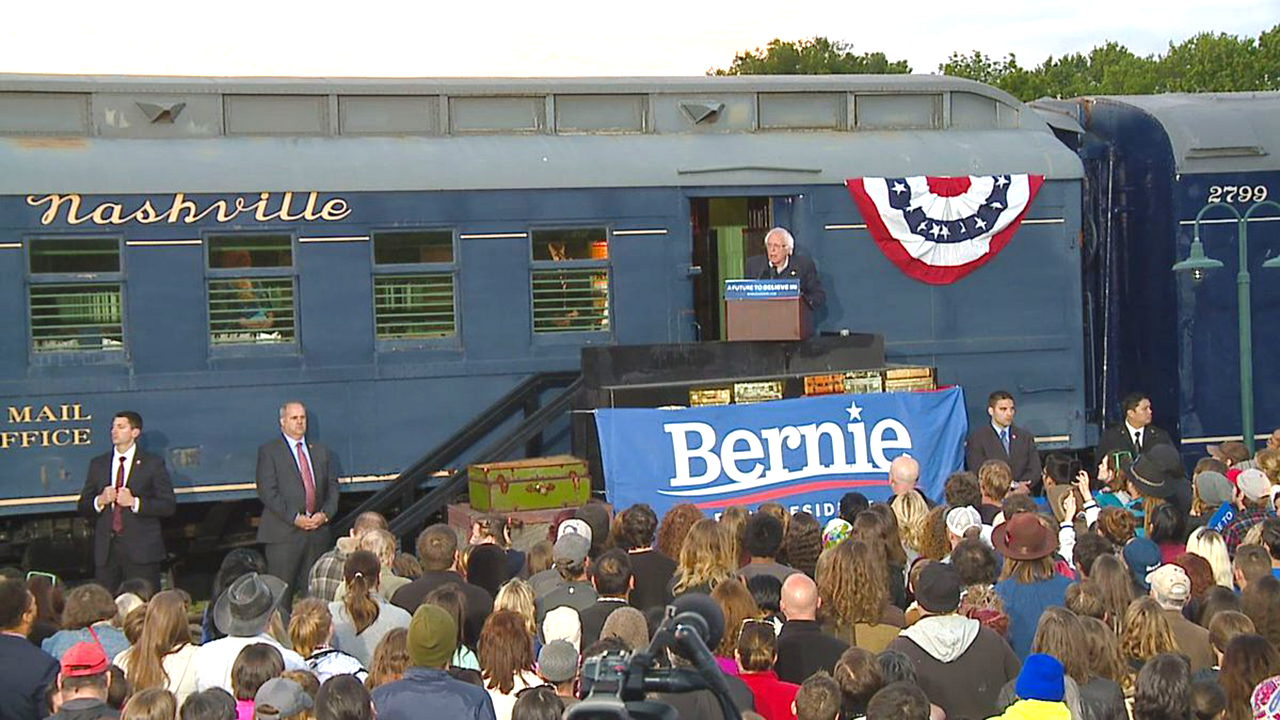 News Item: The Surface Transportation Board (STB) has found that among seven Class I railroads, five—BNSF, CSX, Kansas City Southern, Canadian Pacific (CP)-owned Soo Line, and Union Pacific—were revenue adequate for 2020. Norfolk Southern and CN-owned Grand Trunk Western were within a fraction of a percentage point of making the cut.

Revenue adequacy means a railroad earns enough to cover total operating costs, including depreciation and obsolescence, plus a competitive return on invested capital sufficient over the long term to attract capital to maintain a railroad’s large and costly infrastructure, including locomotives and rolling stock.

Back when railroads were serially revenue inadequate, even by better-trusted Wall Street calculations, many a scrap dealer stood in the bid line—a dismembered carcass appearing more valuable than the whole.

Indeed, when the Chicago, Rock Island & Pacific Railroad went bust and was liquidated in 1980, its largest single stockholder, Henry Crown, was quoted in the March 5, 1980, New York Times that he “recognized many years ago that the Rock Island was worth more dead than alive.”

No more, no more. Just follow the money trail. Notwithstanding a COVID-infected 2020 that spread gloom across wide swaths of the global economy, five Class I railroads still were deemed by the STB to be revenue adequate—the other two so barely short of the achievement that non-math majors wouldn’t recognize the difference.

Other investment funds—although unsuccessful in bagging their railroad prey—similarly performed a version of the peacock mating ritual, flashing plumes of colorful currency during courtship. Who knows what the final acquisition premium will be for mini-Class I Kansas City Southern once its hungry-for-profit shareholders decide between CP and CN? Already, KCS is owed a $1 billion break-up fee from CN following the STB’s rejection of CN’s proposed voting trust.

While acquisition premiums deliver impressive paydays for stockholders of the target railroad, it is shippers who stand to suffer. The transfer of cash—including if the transaction is aborted and break-up fees are paid—may initiate a period of deferred maintenance and a delay of capital investment essential to medium- and long-term service quality.

Especially at risk are captive shippers—those lacking effective transportation alternatives to rail—as they may receive less rate relief or be precluded altogether from challenging the reasonableness of rail freight rates increased as a result of an acquisition premium being paid.

• First, there is the risk that maintenance will be deferred and capital investment delayed owing to cash shortages or a need to reward investors with dividends and buybacks.

• Third, an acquisition premium can cause an otherwise revenue adequate railroad to appear revenue inadequate and immune from protection as provided by a 1985 ICC decision (still in force) known as Coal Rate Guidelines. The guidelines included a Revenue Adequacy Constraint—that upon achieving revenue adequacy, a railroad is constrained from taking further rate increases unless it demonstrates its need for higher revenue, the harm it would suffer if it could not collect higher revenue, and why a shipper should pay higher rates.

So, what might an aggressive STB do to protect captive shippers?

Unlike the unfolding CP or CN and KCS transaction, the Berkshire Hathaway transaction was immune from regulatory approval so long as Berkshire Hathaway owned no other railroads. When it was discovered it already owned two short lines, the STB ordered the investment base adjusted downward by the amount of the acquisition premium for a three-year period, pending sale of those short lines—at which time the transaction again became immune and the investment base increased, over a four-year phase-in period, to reflect the acquisition premium.

The practice of including acquisition premiums in a railroad’s investment base followed 1987 recommendations of a congressionally created Railroad Accounting Principles Board (RAPB). But the STB has in the past detoured from GAAP (Generally Accepted Accounting Principles), as in ignoring the positive impact on revenue adequacy of a $1.5 trillion tax cut enacted by Congress in December 2017. Prior to the RAPB’s recommendations, historical costs (when assets were first dedicated to public service) were used to compute a merged railroad’s investment base rather than acquisition costs. Notably, the Federal Energy Regulatory Commission (FERC) does not allow an acquisition premium to result in higher rates, absent a demonstration of offsetting customer benefits.

Alternatively, the STB can eliminate the impact of acquisition premiums in determining market dominance—the threshold for advancing a captive shipper’s rate reasonableness complaint.

Or, the STB could create a corresponding customer benefit to offset the negative shipper impact of acquisition premiums. It can condition merger approval on systemwide competitive access to assure two-railroad competition at sole-served terminals. In fact, when CP sought to acquire Norfolk Southern in 2015, CP CEO E. Hunter Harrison said he was open to allowing competing railroads to utilize the merged railroads’ track to reach sole-served customers and would quote line-segment rates in bottleneck situations.

Meanwhile, there lurks another bogeyman—legislation bringing railroads more fully under the antitrust laws and shifting to the Department of Justice authority to rule on rail merger applications.

In 2001, after the STB imposed a 15-month rail-merger moratorium to allow it to write New Merger Rules—an action that aborted a proposed merger between BNSF and CN—BNSF CEO Robert D. Krebs told an annual meeting of the Transportation Research Forum, “Several years ago … I favored shifting jurisdiction over railroads to the Justice Department. Today, I wish I’d worked harder to make that happen.”

Then in March 2009, attorneys general from 20 states signed a letter urging Congress to revoke the railroads’ antitrust exemption where STB oversight exists, and grant federal agencies and state attorneys general authority “to challenge anticompetitive business practices and mergers and acquisitions in the railroad industry.”

Revenue adequate railroads must now further contend with activist STB Chairman Martin J. Oberman, who told a North American Rail Shippers conference in Chicago Sept. 8 that the statute guiding STB actions “mandates that the STB consider the best interests” of the shippers and the public “as well as railroad owners.”

Positions of the four other STB members—Democrat Robert E. Primus and Republicans Ann D. Begeman, Patrick J. Fuchs and Michelle A. Schultz—are unknown to stakeholders, but could, and should, be revealed if Oberman would only hold open voting conferences in lieu of largely in-camera notation voting.

The urgency of hearing directly from other STB members is more pronounced, given Oberman’s other comments Sept. 8, which were nothing less than a change-agent’s dagger aimed at Class I railroads. Citing STB data, Oberman said that since 2010, Class I railroads paid out $53 billion more in stock buybacks and dividends ($191 billion) than was spent on infrastructure ($138 billion).

“Where would rail customers, rail workers and the public be if a meaningful portion of that $191 billion had been re-invested in expanding service and making service more predictable and reliable?” asked Oberman rhetorically—and, to railroad ears, surely sounding much like Sen. Bernie Sanders (I-Vt.) suggesting redistribution of wealth.

Since partial economic deregulation of railroads in 1980—and probably even before, during the age of more heavy-handed regulatory oversight—no ICC or STB chairman has taken to a bully pulpit to disgorge such anti-railroad rhetoric. With lame-duck Republican Begeman awaiting a Democratic successor, Karen Hedlund, giving Democratic Chairman Oberman’s STB a 3-2 Democratic majority, railroads are on notice from Oberman’s strong signal to revisit, reconsider and revise their business plan.

“During my time at the Board, I grew concerned that the rate regulation process is so flawed that there is no path to fixing it. In order to even begin the process, a shipper has to vacate its contract shipping rate and accept a tariff rate. Not only will the tariff rate be substantially higher than the contract rate, making it a very costly change, but railroads can easily raise the tariff rate without the need of any approval, so the shipper has to put itself in a very financially vulnerable position before even beginning the rate review process.

“And we should be clear that the process requires shippers to build a hypothetical stand-alone railroad at today’s costs, or what has been termed replacement cost. How can anyone build a railroad today and compete with a railroad that was built over the past 150 years? They can’t.”

Apprehend the echo of Bob Dylan—“The times they are a-changin.’”

Frank N. Wilner is Railway Age’s Capitol Hill Contributing Editor. His seventh book, “Railroads & Economic Regulation,” will be published in early fall by Simmons-Boardman Books. For two decades, Wilner was the principal drafter of rail industry policy positions and congressional testimony at the Association of American Railroads. He later held a White House appointment as a chief of staff at the STB and was director of public relations for the United Transportation Union and its successor, the Transportation Division of the International Association of Sheet Metal, Air, Rail and Transportation Workers. A former president of the Association for Transportation Law, Logistics and Policy, Wilner also edited its law journal. He has written for the Heritage Foundation and was a columnist for the Cato Institute’s Regulation magazine. He earned undergraduate and graduate degrees in economics and labor relations at Virginia Tech. Among Wilner’s other books are “Understanding the Railway Labor Act,” “Railroad Mergers: History, Analysis, Insight,” and “Amtrak: Past, Present, Future.”