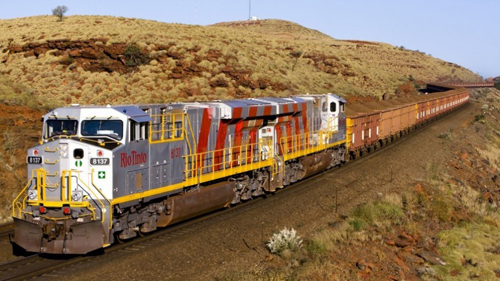 An assistant to the president of the Westinghouse Air Brake Company once said, “… let us direct our thoughts toward what would be required in the way of equipment or system for the safe operation of a train with no person at the controls. It is obvious that such a step must be made if we are to approach crewless train operation. It is equally obvious that the crewless train would have no one to look at wayside signals and therefore we should begin thinking in terms of an overall system that does not require wayside signals.”

Those words appeared in an essay titled Step By Step Approach to the Crewless Train, written by G.W. Baughman, who served most of his career at the Union Switch & Signal Division of WABCO, and who earned degrees in electrical engineering from Ohio State University and held roughly 100 U.S. patents. It might surprise just a few that Baughman’s piece was published clear back in 1962, in the Financial Analysts Journal. But it becomes less surprising that this far-into-the-future (some might say far-fetched) topic was under consideration at that time once you realize how closely the rail industry and agencies in Washington, D.C., were studying the balance between labor, productivity and technology.

In August 1963, the National Academy of Sciences-National Research Council published Science and Technology in the Railroad Industry – A Report to the Secretary of Commerce. Its lengthy summary of the unmanned train operations of the period is textbook history by now, but it bears repeating in order to fully recognize that widespread application of crewless railroading is by no means unthinkable in the present day and age.

To quote: “Trains without crews are being operated in the United States by Kentucky Power Company, E.I. du Pont de Nemours, Indiana Public Service Company, and by Consumers Power Company at their plants. And in a southern state, a small transportation company operates remote-control coal trains on a half-mile track from a railroad siding to river-barge terminals. In western Labrador, the Iron Ore Company operates four wholly automatic, dispatcherless and crewless ore trains, each comprising 18 cars carrying 55,000 tons of ore per day, propelled by a diesel locomotive over a six-mile track. The operation of this line is, for all its specialization, relatively complex because it involves the scheduling of meets between units traveling in opposite directions and thus involves the precise synchronization of siding moves. In the western United States, a mining company operates a 75-car ore train automatically over approximately 75 miles of track that includes 12 miles of 2.2% grades, curves, and grade crossings, and interchanges at one of its two terminals.”

According to Baughman, wayside signals would serve little use on a railway where trains have no eyes watching from the cab. But what about eyes watching through an in-cab camera that’s transmitting the view in real time to an operator or manager seated in some faraway office? No, more likely than that, the appliance that could play a larger role in crewless railroading may well be the now-familiar PTC (Positive Train Control) antenna, which has sprouted up by the thousands along rail corridors in the U.S.—that, along with related onboard gear and software, plus a communications network capable of reading and feeding all the data required to monitor, predict, and execute train movement.

In a June 2011 presentation at the Union Pacific Historical Society convention in Spokane, Wash., Assistant Vice President-Transport Systems Jeff Young outlined UP’s progress in its implementation of PTC technology on the 138-mile Spokane Subdivision between Spokane, Wash., and the Canadian border interchange point of Eastport, Idaho. The Spokane Sub met two criteria qualifying it for early PTC testing: it involves mostly “dark” (un-signaled) operating territory, and it carries a large volume of what the FRA, DOT, and UP refer to as Toxic Inhalation Hazard (TIH) traffic. With that in mind, Young said PTC will certainly enhance safety on such routes, but equally important, he said a more robust, enhanced version of PTC can ultimately deliver significant cost savings and service improvement through smarter spacing of trains en route, computer-prompted applications of throttle and brake, and so forth. For the record, Young did not make any official remarks regarding crewless or unmanned operations.

Commercial aviation makes routine use of autopilot. Autonomous (self-driving) automobiles are already operating on public roadways. In mid-2015, Daimler subsidiary Freightliner unveiled an autonomous tractor-trailer rig, which Nevada authorized for testing on its highways. Automation of transportation seems inevitable in a world where technology and machinery are increasingly doing the work once done by humans.

A critical examination of this trend was published by MIT Technology Review in June 2013. Among the report’s findings was something a pair of researchers from MIT’s Sloan School of Management referred to as “the great decoupling,” that being the point on a historical graph where, beginning in 2000, the line representing worker productivity continues to rise sharply but the line representing employment suddenly flattens in a way not seen since World War II. One of the MIT authors said, “Productivity is at record levels, innovation has never been faster, and yet at the same time, we have a falling median income and we have fewer jobs. People are falling behind because technology is advancing so fast and our skills and organizations aren’t keeping up.”

That recent analysis reads like a carbon copy of another report from the past. Technological Trends in Major American Industries, released by the U.S. Department of Labor in 1966, contained a chapter on railroads that credited more powerful locomotives, mechanized m/w, automated sorting of cars in classification yards and tracking of cars en route, development of unit trains and TOFC, etc., for the rapid increase in output per man-hour between 1949 and 1965, even as railway employment was in gradual decline. That report also said, “One railroad vice president claims that computerized control of crewless trains will be possible within 5 to 10 years.”

A half-century later, the industry appears to be no closer to running trains with nobody on board. Or is it? Today, there are all manner of crewless or driverless trains shuttling commuters, airport customers and captive freight traffic from Point A to Point B. The use of unmanned trains in long-distance, heavy-haul service is expected to begin soon on Rio Tinto’s network of iron ore-hauling lines in the Pilbara region of Western Australia. A live test of a train utilizing new AutoHaul® technology was performed late last year. Rio Tinto describes AutoHaul® as “the world’s first fully-autonomous heavy haul, long distance railway system, a key part of our Mine of the Future™ program. We have invested $518 million in autonomous trains for our Pilbara rail network. AutoHaul® will facilitate the additional capacity required during rapid expansions, without needing to make a substantial investment in additional trains, as we grow our iron ore business to produce 360 million tonnes a year.  As well as improving productivity, AutoHaul® will bring significant safety benefits for our people and the community. Subject to regulatory approval and the successful completion of the project stages, we expect AutoHaul® to be operational by early 2015.”

This Labor Day weekend was a time to reflect on the insights provided by a railroad friend who has decades of train service experience, and a knack for noticing things overlooked by others. Based on the hardware he’s observed being installed along the right-of-way, operating practices being implemented across his territory and the technology that’s now housed onboard many of the locomotives under his care, he foresees a day when companies might choose to run certain routes as medium-velocity, high-capacity, highly efficient conduits, where a small workforce assembles and inserts trains at one end, the trains then travel autonomously under a prescribed set of parameters for optimum speed, timing and spacing, and they emerge at the other end into the waiting arms of employees who disperse unit trains or individual cars toward their final destination. Our railroad friend says he’s looking forward to retiring long before that futuristic world arrives.

What once sounded like science fiction on the verge of fact may very well be on the not-so-distant horizon. It was only a year ago that BNSF made a serious bid to introduce one-person train operations across a limited section of its Northern Corridor. How much longer before railroads seek to run trains in line-haul service with no one in the cab at all? Roving conductors were said to be the solution should a one-man train malfunction en route. How that person would replace a broken knuckle or reconnect air hoses on a crewless train in a remote river canyon or snow-covered mountainside where there’s no road access remains anyone’s guess. Jet pack? Maybe. Some day. Perhaps by the time unmanned trains have become commonplace. Whether by design or coincidence, the government-mandated system that has a primary goal of preventing trains from colliding into one another could just as easily lay groundwork for changes to the railway workplace and workforce on a scale that’s not been seen since the elimination of the caboose or the transition from steam to multiple-unit diesel-electric locomotives.