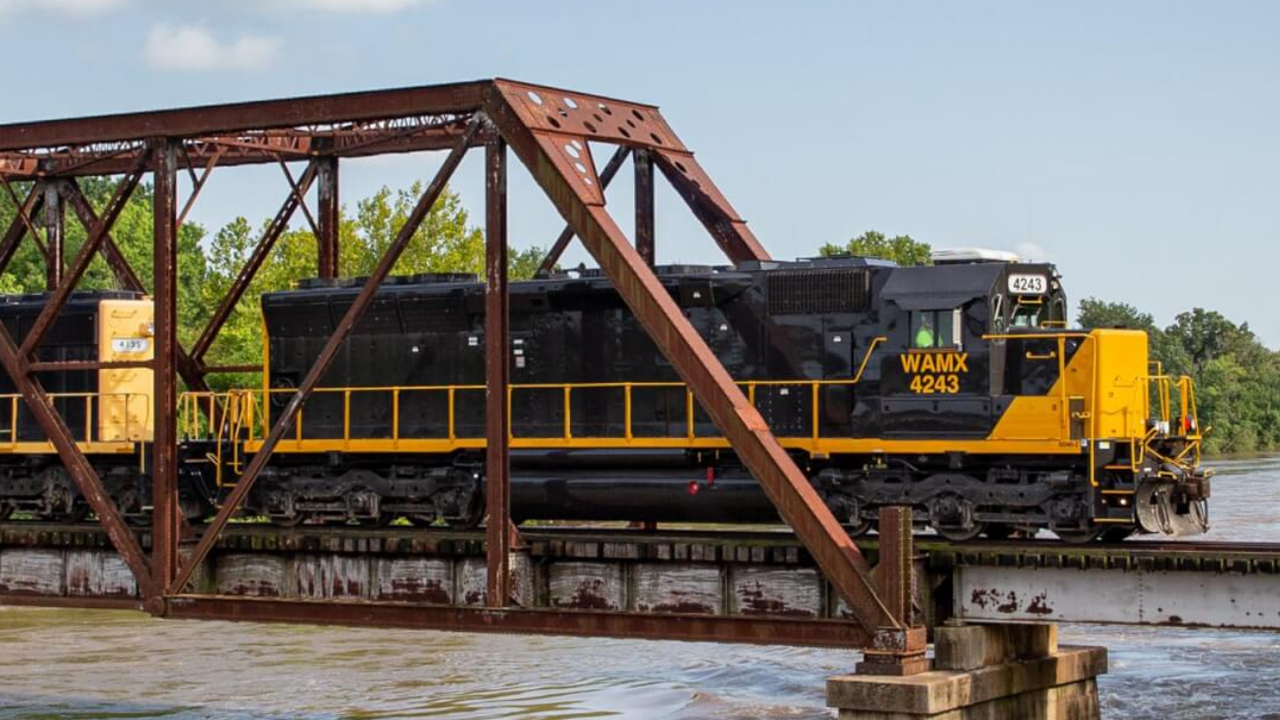 Intermodal service provider Tiger Cool Express will develop a logistics center at the former Union Pacific Cold Connect warehouse in Wallula, Wash. In addition, CSX has designated a third Tennessee property as a CSX Select Site; Bartlett, a Savage Company, will build a $325 million soybean crushing facility in Kansas, to be served by Watco; and the U.S. Economic Development Administration is awarding CARES Act Recovery Assistance grants for the construction of a new industrial rail spur in Arkansas and improvements to the Lubbock Rail Port in Texas.

Overland Park, Kans.,-based Tiger Cool Express has signed a letter of intent for Tiger Cool to purchase the former UP Cold Connect warehouse and develop an adjacent intermodal ramp. The new Tiger Tri-Cities Logistics Center will initially offer service between Wallula and the Northwest Seaport Alliance on-dock facilities for dry and reefer exports (in ISO equipment), as well as between Wallula and Chicago, Ill., (and beyond) with Tiger Cool Express refrigerated domestic containers and UP refrigerated boxcars. Service is expected to eventually expand into other markets, such as the I-5 corridor and Mexico, according to the company.

The move will enable Tiger Cool Express to “add export, boxcar and temperature-controlled consolidation services to our current portfolio,” CEO Steve Van Kirk said. “It will also allow us to expand our support to local farmers and families by improving the economics of exporting frozen French fries, apples, hay, pulses and other agricultural commodities.”

“It will also allow us to offer boxcar service to commodities that are best served by that mode,” Tiger Cool Express Chief Commercial Officer Leslie Baird said. “We are looking forward to handling this new business in 2022.”

The 316-acre Highway 223 East Site in Jackson, Tenn., has been designated a CSX Select Site, a development-ready property on the CSX network where standard land use considerations have been addressed and comprehensive due diligence has been performed, the Class I railroad reported. Just over an hour’s drive northeast from Memphis, it is located one-half mile south of Interstate 40 on the west side of the city of Jackson.

It is the 25th site to receive Select Site designation, according to CSX, which launched the program in 2012 “to better serve new and existing customers on its network and those of its short line partners.” The railroad works with Austin Consulting to screen candidate sites and assist communities with the application and certification process.

The Highway 223 East Site “is nearly flat and surrounded by a four-lane divided highway and an established industrial park served by a CSX branch line,” Austin Consulting Senior Director Jonathan Gemmen said. “The property is capable of providing a significant amount of electricity for a large rail-served manufacturing operation.”

“Tennessee continues to offer a strong value proposition for businesses,” said Tom Tisa, who is the head of business development at CSX.

In December 2020, the Columbia Tennessee Rail Site was the second property in the state to receive CSX Select Site designation.

Bartlett has obtained approval from the Board of County Commissioners of Montgomery County to receive county-issued industrial revenue bonds to support the development of a new soybean crushing facility, parent company Savage reported. Tax credits available through the state of Kansas’ High Performance Incentive Program (HPIP) will also help with the infrastructure investment.

Construction is slated to begin in early 2022, with plant operations starting in 2024.

The new Bartlett plant will be capable of handling about 38.5 million bushels of soybeans annually to crush into soybean meal and refined soybean oil, feedstock used in producing renewable fuels, food products, and animal feeds.

“With easy access to highways 160, 166, 169 and 400, the plant will create strong local demand for soybeans and provide a consistent and competitive source of soybean meal, hulls and oil for the feed, food and renewable fuel industries,” Savage said. “This project also will encourage rail improvements benefitting Southeast Kansas. The South Kansas & Oklahoma Railroad, owned and operated by Watco, will provide rail services for the facility, connecting the plant to a network of Class I carriers.”

In related news, Savage on Sept. 1 celebrated the grand opening of the Savage Railport-Southern Idaho terminal at Union Pacific’s (UP) rail yard in Pocatello.

U.S. Secretary of Commerce Gina M. Raimondo on Oct. 14 announced that the Department’s Economic Development Administration (EDA) is awarding CARES Act grants to the city of Wynne, Ark., ($2 million) to construct a new industrial rail spur and to the Lubbock (Tex.) Economic Development Alliance ($1.2 million) for enhancements to the Lubbock Rail Port.

“This investment in Wynne will improve rail access for local manufacturers and better prepare the region for future economic disruptions by offering alternative means of transportation of supplies and goods,” Assistant Secretary of Commerce for Economic Development Alejandra Y. Castillo said.

The project was made possible by the regional planning efforts led by the East Arkansas Planning and Development District (EAPDD).

The Lubbock Rail Port project’s EDA grant, to be matched with $1.2 million in local funds, will be used to make capacity-boosting infrastructure improvements. It is expected to create 38 jobs and generate $5 million in private investment.

“The Lubbock Rail Port is an incredible local asset and is critical to food processors, light manufacturing and heavy industrial companies in need of access to a rail line,” Castillo said.

This West Texas project was made possible by the regional planning efforts led by the South Plains Association of Governments (SPAG).

Both projects are funded under the CARES Act, which provided EDA with $1.5 billion for economic assistance programs to “help communities prevent, prepare for and respond to coronavirus. EDA CARES Act Recovery Assistance, which is being administered under the authority of the bureau’s flexible Economic Adjustment Assistance (EAA) (PDF) program, provides a wide-range of financial assistance to eligible communities and regions.”