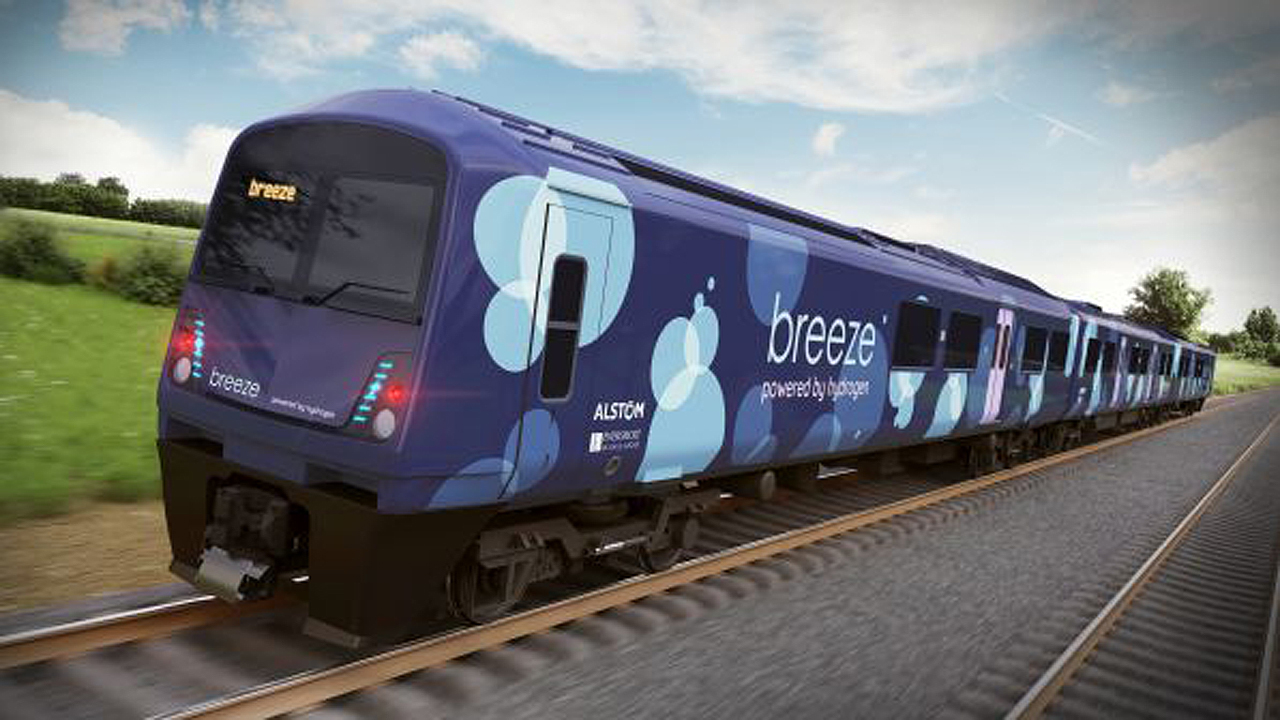 Alstom and rolling stock leasing company Eversholt Rail have unveiled a concept for a hydrogen multiple-unit (HMU) for the British market that involves converting existing EMUs (electric multiple-units) for operation on non-electrified routes. The concept, dubbed Breeze, involves reengineering class 321 EMUs originally built by British Rail Engineering Limited in 1988-1991. Most of the fleet of 117 trains is due to come off lease within the next few years due to the delivery of new equipment.

Alstom and Eversholt Rail say they are working closely with industry stakeholders to develop the business cases and evaluate detailed introduction plans for the trains and fueling infrastructure. An initial engineering study has been completed and the design concept has been finalized.

The Breeze conversions will be carried out by Alstom at the company’s Widnes facility in northwest England, and the manufacturer says the first completed train could be in operation by 2022. 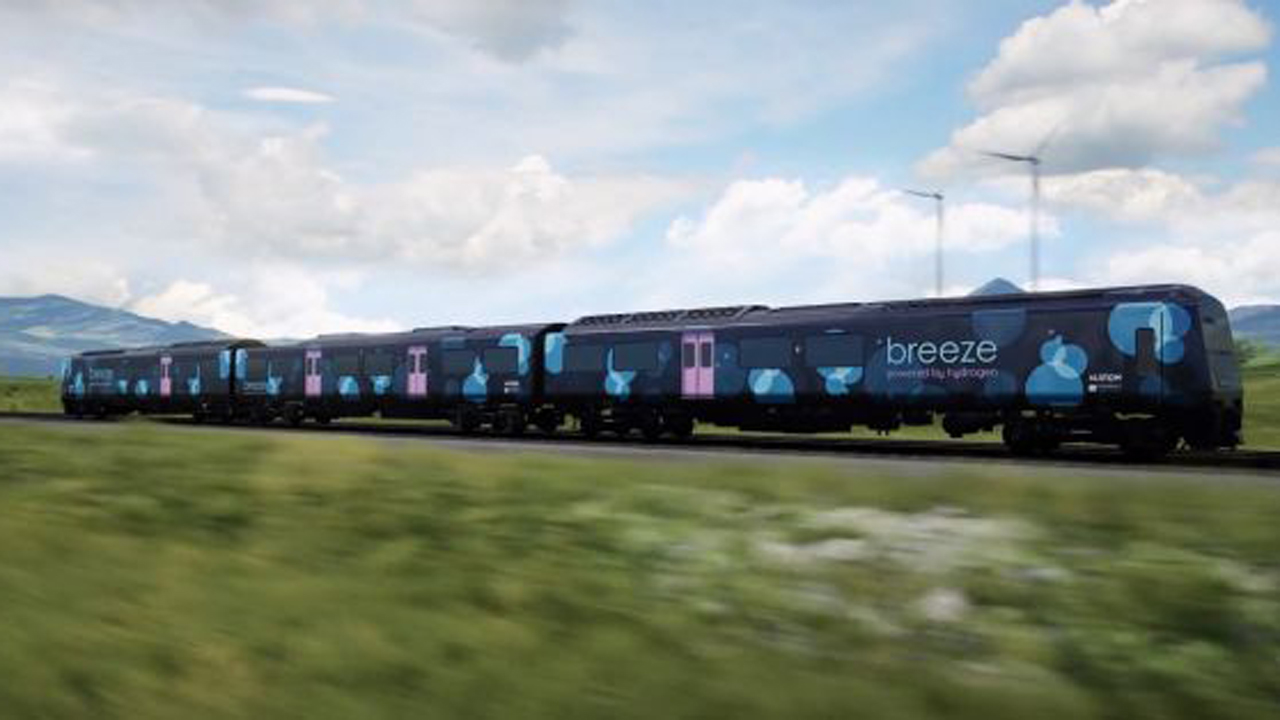 The news follows the introduction in September 2018 of Alstom’s Coradia iLint hydrogen trains in Germany, where they now operate in regular daily passenger service. “There is growing interest in Alstom’s hydrogen technology worldwide, including in France where the President of the Occitanie region, Carole Delga, recently announced a proposal to introduce the technology on trains there,” the company said.

“Hydrogen train technology is an exciting innovation that has the potential to transform our railway, making journeys cleaner and greener by cutting CO2 emissions even further,” said UK Rail Minister Andrew Jones, MP. “We are working with industry to establish how hydrogen trains can play an important part in the future, delivering better services on rural and inter-urban routes,”

“Transport in the UK has evolved over centuries from the world’s first steam train to the tens of thousands of electric vehicles on our roads today thanks to our nation of innovators,” said UK Minister for Energy and Clean Growth Claire Perry, MP. “This new hydrogen-powered train, which will only emit water, is further proof of the UK’s continued creativity to transform the way we travel as we continue to move to a greener, cleaner economy. The UK is on track when it comes to growing a world-leading hydrogen economy, and through our modern Industrial Strategy, we are providing £23 million to power our ambition to be the ‘go-to’ place for first-class hydrogen transport.”

“The Breeze will be a clean new train for the UK with a stylish, modern look,” said Alstom UK & Ireland Managing Director Nick Crossfield. “The railways need to decarbonize and the government has rightly set out a goal to eliminate diesel rolling stock by 2040. Hydrogen trains offer an ideal solution for routes that are unlikely to benefit from electrification, and our innovative engineering solution means they can now fit within the UK loading gauge and can quickly be ready to roll on Britain’s railways. In Germany, Alstom’s hydrogen trains are already transporting passengers in the comfort and quiet that is characteristic of these trains. The Breeze offers British rail users the opportunity to share in the pleasure that is a journey on a hydrogen train.” 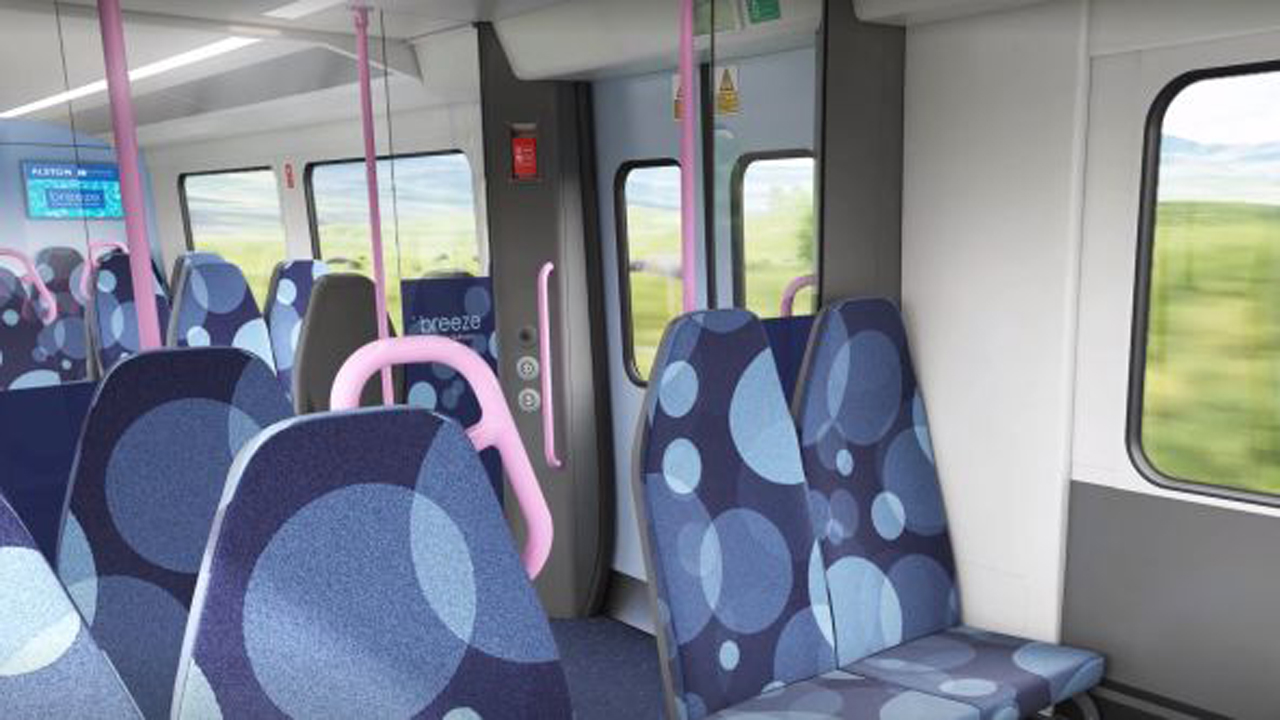