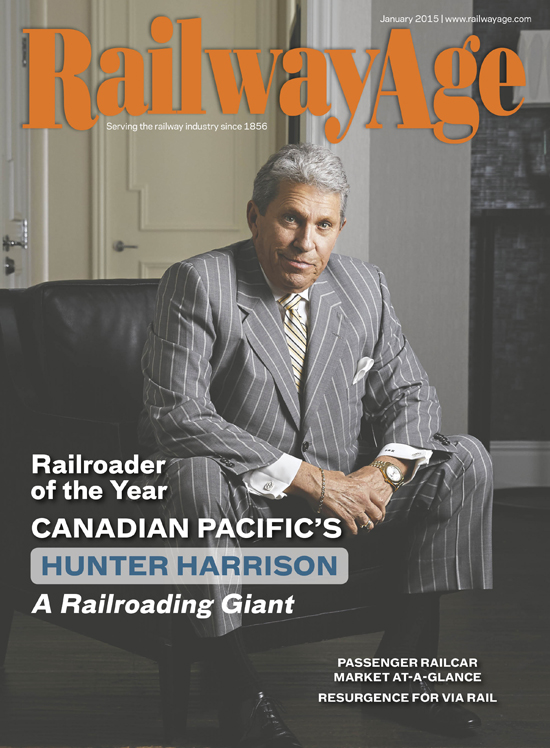 National Transportation Policy mandates that railroads be managed efficiently. While railroad performance is reflective of improvement, some railroads excel, with the reasons increasingly under digital scrutiny by activist money managers entrusted with investments of foundations, endowments and pension funds seeking superior returns.

• At Illinois Central, CN and CP, Harrison improved the profit margins (net profit as a percentage of revenue) from worst to among the best of Class I railroads. Says Amin: “There is no evidence that during his 12 years at CN, Harrison skimped on maintenance or capital expenditures while reducing costs by hundreds of millions of dollars. For every ton-mile CN moves, its market value is 1.5 times that of CSX, NS and UP, creating 50% more value than its peers.”

• Harrison improves profit margin through more efficient use of assets, such as scheduling trains to smooth operating peaks and troughs. At CP, he parked 600 locomotives—almost $2 billion in the previous management’s capital investment—while handling more traffic. Says Amin: “Throwing money at problems, such as purchasing more locomotives, and their attendant additional crew and maintenance costs, is the easy, short-term way to address congestion. It’s also expensive. It’s better to use what you have more efficiently, but that requires hard work and an ownership mentality.” • Since his 2012 arrival at CP, Harrison improved CP’s operating ratio (operating expenses as a percentage of revenue) from last place (77%) among Class I’s to second (61%). Industry best is CN (58%), where Harrison trained his successor, Claude Mongeau. By contrast, NS (73% in 2012) barely improved, finishing last among Class I’s in 2015 (72%).

• “Only after CP sought merger with NS management did it feel sufficiently challenged to begin streamlining and offering investors future guidance on management targets,” Amin says.

He cited similar actions after TCI challenged CSX by seeking to install new board members possessing railroad backgrounds and beholden to shareholders, not the railroad’s chairman and CEO. “As the largest minority shareholder, we felt entitled to have the board listen to us,” Amin said. “We met fierce resistance. We become activists—investors with an ownership mindset—to challenge the status quo.”

Amin says CSX, NS and UP managements “are not being adequately challenged because they do not separate the roles of chairman and CEO as do BNSF, CN and CP. An independent, industry-knowledgeable chairman, responsible to shareholders, should be challenger-in-chief of the CEO. Combining the titles allows the chairman/CEO to handpick a board of directors, encouraging perpetuation of the status quo and compensation less reflective of results. The best performing railroads have separate chairman/CEO roles. I don’t think that is a coincidence.”

Pershing Square’s effort to place Harrison in charge of a merged CP-NS was called off, but a non-railroad investment consortium—similar to Berkshire Hathaway—could emerge to take CSX or NS private without regulatory approval, and install Harrison or the Harrison template.

Curse Hunter Harrison and one may as well curse steam power that replaced wind, or internal combustion engines that replaced steam. Harrison embodies the economic concept of creative destruction, a disruptor of the status quo substituting the more efficient for the less efficient—the free market’s messy means of delivering progress. It’s also the stuff of National Transportation Policy.