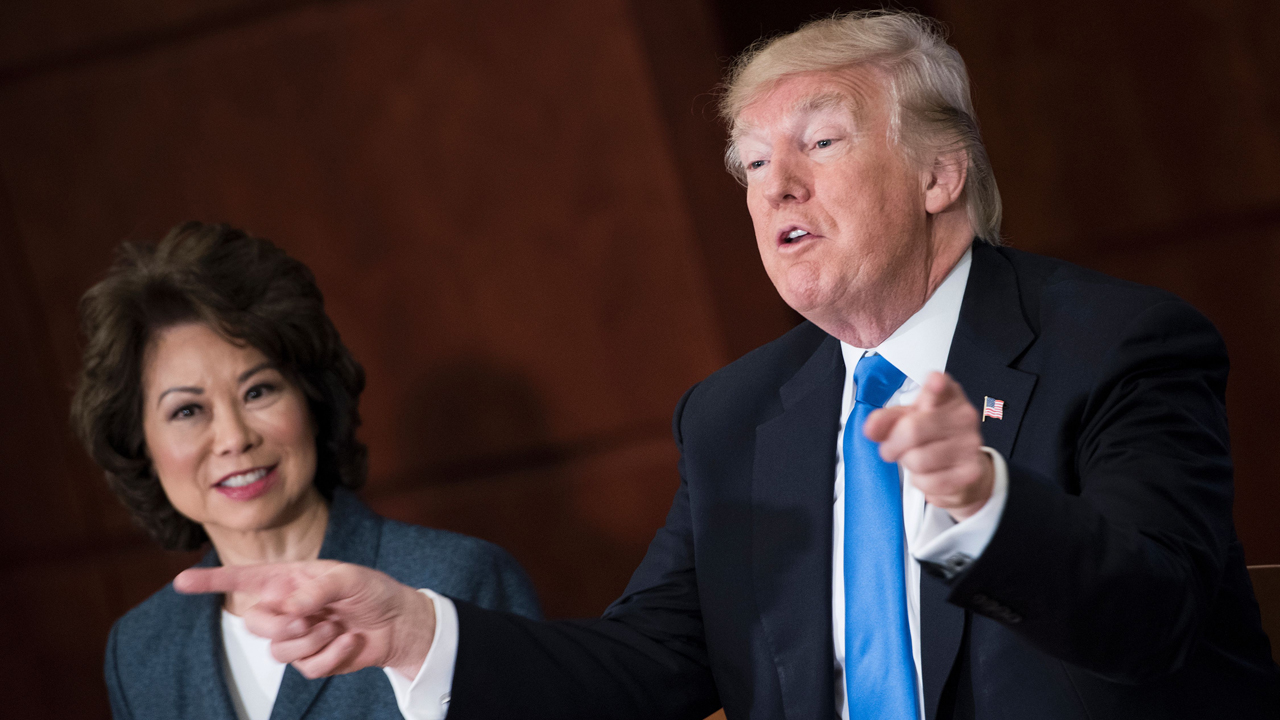 The shutdown of most federal government agencies is over, at least until Feb. 15. Everybody knows that it wreaked havoc on many government workers, who were either laid off for the duration, or forced to work without pay until the entire government came back to life. One question that the general-circulation media did not ask: How did the shutdown affect transit and its users?

The nation is breathing a collective sigh of relief that the 35-day suspension of many federal government departments is over, but there remains a gnawing fear that these three weeks are only a reprieve, and that the ongoing political battles in Washington will bring a return of the deadlock that brought financial woes to 800,000 government workers and collateral damage to millions of other people.

It began on Dec. 21; Engineering Editor Paul Conley gave Railway Age readers a preview on Dec. 26. He predicted: “The effects of the partial shutdown of the federal government on the rail community appear not to be significant, at least for now.” Capitol Hill Contributing Editor Frank N. Wilner added more detail on Jan. 2, when he commented about the government agencies concerned with rail: “Quite literally, there’s nobody there.” This writer learned the truth of Wilner’s comment on Jan. 25, when calls to the Federal Railroad Administration and Federal Transit Administration concerning another story demonstrated that, indeed, nobody was there. At that time, few knew that at least temporary relief was only hours away.

Even though it appeared to outsiders that FRA activities were suspended, the experience of one transit provider showed that some people at the agency were still on the job. TEXRail, the new commuter rail operation in Fort Worth, opened for service on January 10, as reported that day by Keith Barrow here in Railway Age. After a celebration with special runs on Dec. 31, revenue service was scheduled to begin on Jan. 5. The official start was postponed for five days, and the FRA was involved. There was a short segment of track in downtown Fort Worth that had to be inspected, and a last-minute problem occurred the day before the scheduled start of service. All signals on the 27-mile line went red, and the cause was eventually traced to an installation error in a wayside cabinet.

Paul J Ballard, President of Trinity Metro, which operates the buses in Fort Worth and TEXRail, gave the FRA employees who arrived on the scene high marks for making the inspections and helping prepare the line for service, despite the shutdown. “The FRA did the best they could with limited staff” he said, and added: “They didn’t have the support staff, so it was hard to communicate with people in the field.” Ballard said that his agency delayed the opening as a precaution, but reiterated: “The FRA was on the job, and did a tremendous job.”

Trinity Metro said that more than 55,000 people rode TEXRail in its first twelve days of operation. If the FRA had shut down completely, it is unlikely that service would have yet begun at this writing. Those riders and thousands more, who have ridden since then, would not have been able to ride their new rail line.

Otherwise, Conley’s prediction at the beginning of the shutdown was correct, except for Washington D.C., where many federal employees work and live. While many were not working, other riders on Metro (officially the Washington Metropolitan Area Transit Authority or WMATA) had the benefit of getting a seat at peak commuting hours. Metro felt the heat, though; it lost almost one sixth of its weekday riders during the shutdown. In a letter to the Senators from Maryland and Virginia dated Jan. 17, General Manager Paul J. Wiedefeld reported that the agency suffered an average 16% weekday ridership loss on Metrorail and an 8% loss on Metrobus, comparing numbers from the week of Jan. 7-11 with the week of Dec. 10-14, 2018. He also reported that Metro was losing approximately $400,000 in fares and parking revenue for each weekday during the shutdown. The letter did not address ridership losses on weekends.

Wiedefeld expressed concern about grants from DOT funding sources, a concern common to many transit providers. He reported that the shutdown had left the agency with $33 million of unreimbursed expenses through Jan. 10, and anticipated a funding gap of approximately $50 million through the end of the month. The transfer of safety oversight from the FTA to the newly formed Washington Metrorail Safety Commission could also be jeopardized if the shutdown resumes. If the transfer is not certified by April 15, a statutory deadline, the FTA will not be allowed to release needed funds.

Local commuter rail agencies felt the pinch, too. Maryland MTA spokesperson Paul Shepard said that MARC trains saw a decline of approximately 18% in monthly pass sales for January, but that the agency will evaluate the actual ridership loss in mid-February. Virginia Railway Express (VRE) spokesperson Joe Swartz said that the first two weeks of the shutdown occurred during the holidays, which is an unusual period for ridership, but also said that ridership after that had declined by 20-25%. He also said that about 70% of the railroad’s ridership is federal employees, but the government funds the commuting costs for many of them, which limited revenue loss to 10-12%. He added that some of the federal employees who ride continued to commute and work during the shutdown.

The American Public Transportation Association (APTA) expressed similar concerns for the industry in a letter to President Trump and Congressional leaders on Jan. 18 that urged an end to the shutdown and the re-opening of the Department of Transportation. The letter and APTA’s press released issued that day reported that, in a survey conducted between Jan. 9 and 15, 36% of agency members indicated that the shutdown was “substantially impacting their operations and/or capital programs.” The letter continued: “Agencies report cutting back service, delaying hiring, transferring capital funds to operations, using reserve funds, and other direct impacts.” APTA specifically cited Metro’s difficulties, the need for the FTA to certify state safety oversight programs by April 15, and progress on completing PTC installation.

There was speculation that New Jersey Transit (NJT) and its rail riders would also be caught up in the shutdown, prompted by the Executive Director Kevin Corbett mentioning the shutdown in a statement, as well as Transportation Commissioner Diane Guiterrez-Scacchetti mentioning the shutdown on Jan. 4 and saying: “The FRA has our paperwork” in her capacity as Chair of the NJT Board. That speculation was fueled by an announcement by NJT on Jan. 25 that neither of the lines that were shut down or trains on other lines that were removed from the schedule to facilitate PTC installation will be restored until the second quarter of this year, but the 10% discount offered to riders ostensibly “for the duration” will be revoked at the end of January—an announcement that drew fire from riders and their advocates.

The Atlantic City Rail Line, which branches off the Northeast Corridor at Shore Interlocking (located north of the old North Philadelphia station) and runs to downtown Atlantic City, and the “Dinky,” a short branch line connecting the NEC at Princeton Junction Station to downtown Princeton via a shuttle train, were shut down in early September. That, along with the Executive Director’s and Commissioner’s statements about the shutdown, prompted speculation that the FRA must inspect those lines before service can be restored.

On Jan. 22, Newark Star-Ledger transportation reporter Larry Higgs said that both Corbett and New Jersey Gov. Phil Murphy had mentioned the need for FRA approval before service could be restored where it is currently not running. Three days later, NJT spokesperson Nancy Snyder said that such inspections would not be needed, but added that the shutdown will delay FRA action on NJT’s application filed on Dec. 14 for approval of sequencing on the remainder of the PTC installation process.

Snyder explained that the FRA issues an interim order 45 days after and a final order 90 days after the filing date of the application. A spokesperson for the FRA confirmed that no such inspections are needed, said that the agency has not suspended its work with the railroads on safety issues and PTC installation, and added: “We are always available to provide technical assistance. The shutdown did not change that.”

NJT is not alone in requesting a scheduling order for PTC installation. A number of other transit providers applied for and received extensions of time to complete the PTC process. For all of them, the deadline is Dec. 31, 2020, enough time for the FRA to catch up on its paperwork and issue sequencing orders without significant impacts. The FRA spokesperson told Railway Age, “We’re not behind on that.”

Meanwhile, the FTA is working to catch up on grant applications. According to an FTA spokesperson, the agency is working on approximately $531 million in grant requests submitted “during the lapse in appropriations.”

Amtrak spokesperson Jason Abrams did not express serious concern about the effects of the shutdown there, but reported that ridership between New York and Washington, D.C. had declined by 5%. How much of that decrease directly attributable to the shutdown in unclear.

At this juncture, it appears that transit riders did not feel the shutdown, except in the Washington, D.C. area. Transit providers did, because the FRA and FTA were not processing grant applications or other similar matters. The best-case scenario is that the regulatory agencies can catch up on applications with no detriment to the transit providers. Riders in Fort Worth benefited because TEXRail opened for service with minimal delay, thanks in part to FRA employees who stayed on the job despite the situation.

A worse-case scenario could ensue if the shutdown resumes on Feb. 15 and lasts long enough for commitments from lenders who are financing capital projects for transit agencies to expire, much as a mortgage commitment for the purchase of a house usually expires after 60 days. In that event, project financing could become more expensive, which would increase the overall cost.

Unless that happens, most transit agencies and their riders should be able to ride out the effects of the shutdown. The one exception could be at WMATA, which has suffered financial and other difficulties for several years. The ridership loss during the shutdown, and the revenue that those riders would have contributed, will exacerbate Metro’s woes. It is too early to tell precisely how badly, although Metro managers believe that the agency can recover.