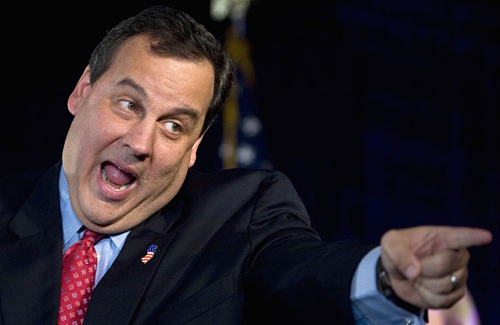 Christie’s trifecta of transportation related troubles is enough to make a preacher cuss, a monkey wail and tabloid headline writers momentarily put down the bottle for the typewriter.

Recall that Christie angered legions in 2010 with a dummkopf decision to cancel state participation in constructing desperately needed new rail tunnels under the Hudson River. In 2013, he was enveloped in a politically motivated George Washington Bridge lane-closing, gridlock-inducing kerfuffle whose stench, no matter the denials of Christie’s involvement, will stick to his hide as “Bridgegate” longer than Hillary’s Benghazi foofaraw.

Now Christie reportedly is pressing a New Jersey Transit (NJT) board of directors that he appoints* to precipitate a strike or management lockout of some 4,200 NJT rail-union members March 13 that would inflict economic mayhem on the region and unpardonable discomfort on some 300,000 daily riders dependent on NJT commuter trains to reach their jobs.

This is the same Christie who recently lectured Florida Sen. Marco Rubio on how the job of governors is to “plow the snow”—and, by extension, improve the daily commute of state residents.

Hizzoner, term-limited as governor and now out of the presidential race, is not necessarily out of politics, and certainly covets a positive legacy. Yet after involvement in two previous high-profile transportation snafus, Christie appears now to be energetically nailing himself to a self-constructed cross of intransigence inlaid with ineptness.

Here’s the deal: NJT, an interstate passenger railroad, is immune from state labor law and subject to the federal Railway Labor Act (RLA), whose core mission—aptly described as a manual of peace rather than war—is to prevent interruptions in rail service. So serious is that objective for interstate commuter railroads that the RLA provides for a series of lengthy cooling-off periods punctuated by the intervention of two White House-appointed, fact-finding Presidential Emergency Boards (PEB).

Both PEBs recognized rail labor’s demands as more closely aligned with recent commuter rail settlements in the Northeast—patterns as they are known in labor negotiations, and perennially treated by PEBs with deified respect.

If NJT, at Christie’s urging, refuses the non-binding recommendations of two PEBs—recommendations acceptable to labor—NJT will shut down at 12:01 a.m., March 13. NJT may hope to run some trains with management at the throttle, but interstate railroad train and engine workers require federal licenses tied to extensive safety training standards. Such licenses are not willy-nilly handed out by the Federal Railroad Administration—notably an executive branch agency of a currently labor-friendly White House.

Should NJT shut down, expect Congress to legislate a new and binding contract—typically imposing the recommendations of a PEB. Christie may haughtily assume that because his fellow Republicans hold control of Congress, they will ignore PEB recommendations and impose a Christie-favorable settlement.

His standing with the right-wing congressional leadership is not so chummy. More relevant is that congressional lawmakers of every political stripe abhor in election years having to cast controversial votes that invite nationwide media attention and voter interest. Congressional embracing of PEB recommendations also is better assurance that President Obama will sign the legislation into law quickly and move the issue out of Congress and off the front pages. Gov. Christie will not be wearing the white hat in this gunfight. 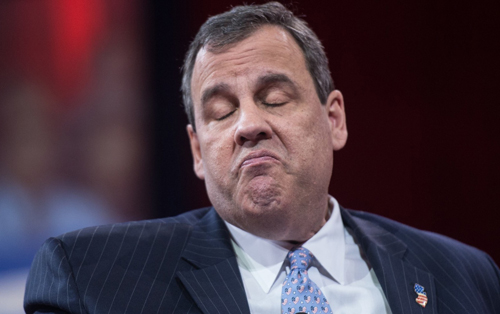 Hizzoner must ask himself if a strategy leading to an NJT shutdown makes political sense when the most probable outcome is that Congress will impose a solution that NJT itself could accomplish immediately, avoiding unnecessary and widespread economic pain and suffering.

In the 1971 movie, “Dirty Harry,” Clint Eastwood, as cop Harry Callahan, presented just such a choice: “I know what you’re thinking. ‘Did he fire six shots or only five?’ Well to tell you the truth, in all this excitement, I kind of lost track myself. But being that this is a .44 Magnum, the most powerful handgun in the world, and would blow your head clean off, you’ve got to ask yourself one question: ‘Do I feel lucky?’ Well, do ya …?”

*The following (under “history and structure”) is from NJT’s website: “As stakeholders in NJ TRANSIT, State residents are represented by an eight member Board of Directors, appointed by the Governor. Seven members are voting members; four members are from the general public and three are State officials. One non-voting member is recommended by the labor organization representing the plurality of the employees. The agency is structured to encourage broad public participation in the formation of transit policy for the State. NJ TRANSIT’s board meets monthly at NJ TRANSIT headquarters in Newark. The Governor can override board actions by vetoing the board meeting’s minutes.”