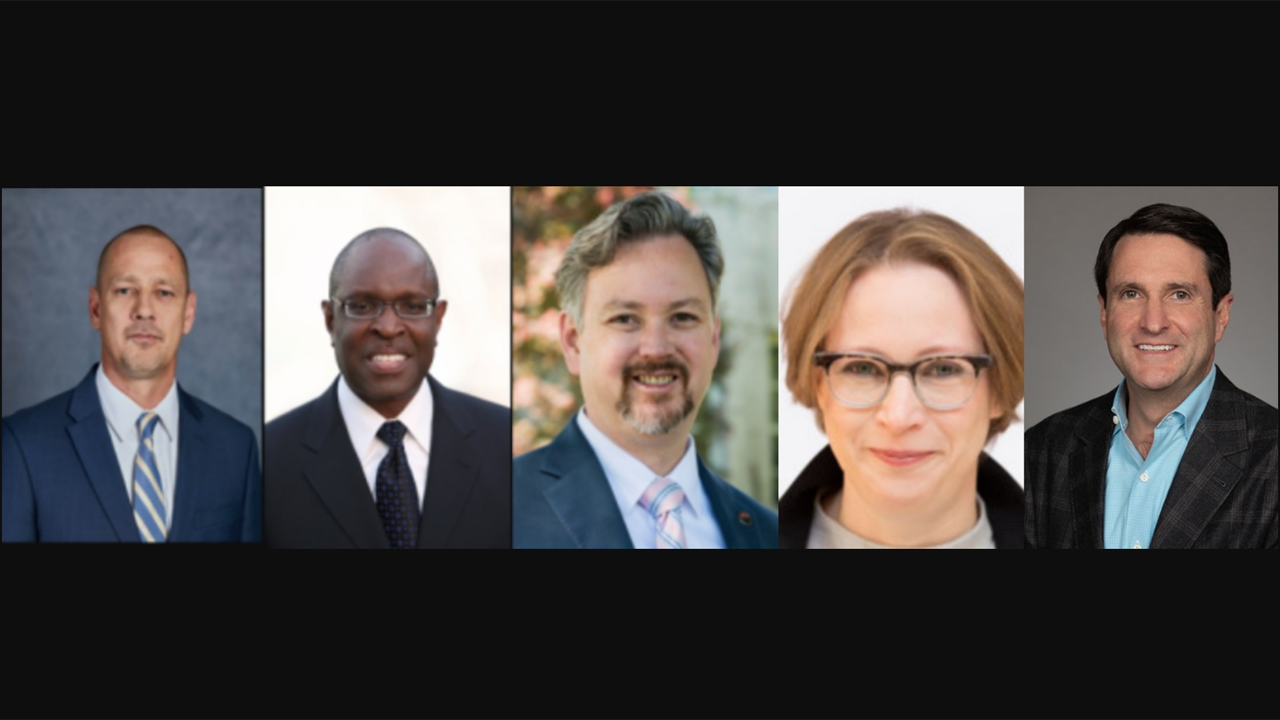 Filippi has nearly 27 years of freight and passenger rail experience from both the public and private sectors. Before assuming the interim chief operations role, he was overseeing Metrolink’s safety, security and compliance program. Filippi joined Metrolink in 2018 from the North County Transit District (NCTD), where was COO and Chief Safety Officer. He also served for five years at the California Public Utilities Commission, rising to the position of Superintendent, Rail Transit Safety Section, and for 14 years at Union Pacific (UP), where he rose from Switchman to Locomotive Engineer to Manager of Operating Practices.

Hackett joined Metrolink as a Technology Consultant in May 2019, and subsequently held several interim executive roles, including Chief Financial Officer from March 2020 through May 2021. In May 2021, Hackett was selected by the Metrolink Board of Directors as interim CEO following the departure of Stephanie Wiggins, who in May 2021 stepped down to become CEO of Los Angeles County Metropolitan Transportation Authority (Metro). When Kettle assumed the CEO position in September 2021, Hackett was tapped as interim Chief Strategy Officer.

Hackett spent more than 30 years of experience in the private technology industry at Xerox Corporation, where he served as Vice President and General Manager of Alliance and Partnership Management.

Hubler will join Metrolink on Feb. 28 as Chief Strategy Officer, providing executive oversight and leadership for planning, government and community relations, sustainability initiatives, and railroad services. With more than 25 years of experience in transportation policy and legislative and public affairs, he served most recently as Director of Government and Community Relations for the San Gabriel Valley Council of Governments. He was responsible for securing grant funding for the Alameda Corridor-East rail infrastructure construction program in Los Angeles County.

“We have ambitious plans to transform Metrolink into the backbone of the region’s transportation system – one that enables people to connect to opportunity, family and fun across all six counties,” said Metrolink CEO Darren Kettle, who took on the leadership role in September 2021. “Achieving our vision as we emerge from the pandemic will require a strong leadership team that brings both focus and innovation. We are thrilled with Don’s and Arnold’s vital contributions to the team from their previous interim roles and look forward to the fresh perspectives, ideas and connections that Paul will bring as he joins our dynamic team.”

The Board of Sound Transit, which serves Washington state’s Central Puget Sound region, has appointed Brooke Belman acting CEO, following Peter Rogoff’s previously announced May 31 departure. (Rogoff in September 2021 informed Sound Transit Board members that “he did not foresee remaining in his role beyond the end of 2022,” and agreed to remain in his position through May 31, 2022.) She is currently the agency’s Chief of Staff, a role she will return to once the Board selects a permanent CEO.

Since joining Sound Transit in 2004, Belman has served as Deputy Executive Director, Land Use Planning and Development; Chief of Staff of the Design Engineering and Construction Management department; and Director of Community Engagement. She previously held consultant roles in communications and politics.

“Sound Transit will not miss a beat as Brooke steps forward to lead during the final phase of our CEO search,” said Sound Transit Board Chair Kent Keel, a member of the University Place City Council. “Brooke brings seasoned leadership, deep knowledge of Sound Transit’s work, and a strong commitment to our riders and the public as we advance the nation’s largest transit expansion.”

A subcommittee of the Board, headed by Keel, is leading the national search for a new CEO and is scheduled to identify finalists this spring.