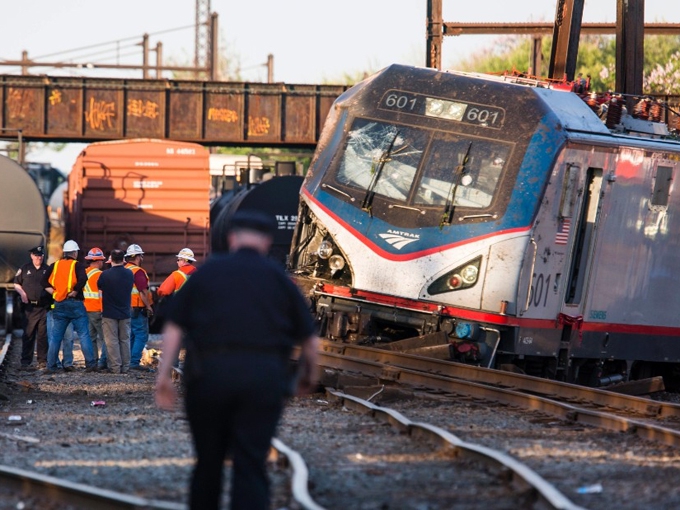 Editor’s note: Joe McMahon is a retired Amtrak locomotive engineer. His career in engine service spanned 1963 to 2014, beginning with the New York, New Haven & Hartford and concluding with Amtrak in 2014. McMahon says he “experienced many different forms of railroad management techniques at five railroads, and Amtrak is at the bottom of the list.” Following is his opinion on Amtrak’s hiring and training practices, which he describes as unsafe.

Amtrak is another accident waiting to happen. It is still employing the hit-and-miss, trial-and-error tactics utilized since its inception, accompanied by ineffective managerial practices. Until recently, Amtrak has trundled along, despite its inadequacies, because a veteran workforce was there to “bail them out.” That resource is now dwindling, and it is showing in recent mishaps.

It is time to improve Amtrak’s hiring and training practices. In recent years, major incidents, one with fatalities, have occurred that I believe resulted largely from inadequate hiring and training procedures coupled with poor supervision. Since 2001, and right through to my retirement and beyond, I have implored Amtrak management to review training and hiring practices and use the knowledge and input of its dwindling veteran workforce, but to no avail.

With only two exceptions, I was largely ignored. One high-ranking operating officer patronized me with a visit to Philadelphia with those responsible for the training program. These people very politely nodded their heads in faux concern at my presentation. Sensing their disinterest in what I had to say, I called an end to the meeting, citing that I felt it was an exercise in futility.

I stated repeatedly to all who would listen, and to those who would not, that management has mostly ignored all warning signs of impending disasters. There was an incident in November 2013 of an inexperienced, poorly trained crew wandering six miles in the wrong direction on a foreign railroad. Still, Amtrak did not review its training and qualification procedures.

Then came Frankford Junction. I try to refrain from telling anyone “I told you so,” but after the Frankford Junction wreck, I felt that it was appropriate to do so in an effort to drive home the fact that Amtrak’s training and hiring programs are failures, even dangerous.

Here’s another example: On my former home division, there was a stop signal violation. The individual involved had a dismal work record in his three-year career as an engineer. It was his second stop signal violation in 13 months. There were other incidents: A forgotten passenger station stop. Overshooting other stops due to misjudgment. Running through a derail on a track belonging to another railroad. Many other miscues were overlooked. Where was supervision?

Amtrak has the unknowing teaching the unknowing. If one were to check the background of many instructors, one would find they have minimal experience. All the technology in place—Positive Train Control, cab signal, etc.—is not a substitute for proper training and experience. If those systems fail—and they do—90% of the present operating workforce, including supervision, would not know how to operate.

I stand behind all I have stated, and can prove or qualify all of it. Fellow veteran railroaders support me. Hopefully, this missive will find its way to Amtrak managers who are willing to take action, so an oversight committee of experienced operations employees can be established to set proper, effective hiring and training guidelines and practices.