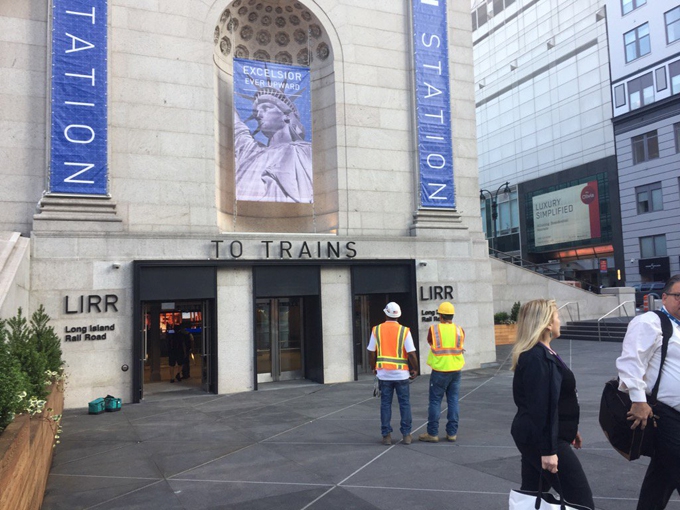 Commuters arriving at New York Penn Station Friday morning were greeted by a pleasant change – reaching their destinations without having to walk through Penn Station.

That’s because the new concourse at the Farley Post Office building connecting to Penn Station tracks opened for the first time.

The concourse and new entrances and exits on Eighth Avenue marked the completion of the $300-million, first phase of the Patrick J. Moynihan Station, just west of Penn Station.

The new 400-foot-by-400-foot, brightly-lit concourse provides direct access to the western end of platforms for 17 of Penn Station’s 21 tracks, including all those used by Long Island Rail Road trains.

The new space features escalators and large, high-definition digital screens providing schedule and track information; new signage directing passengers to trains of the LIRR, NJ Transit and Amtrak, which share the station. Portals funnel passengers to track level and are designed to keep crowds from forming on the concourse – a major issue at Penn Station. Large windows also give passengers a view of the tracks.

The opening comes as Penn Station landlord Amtrak prepares to take several tracks out of service for planned summer-long repairs at the west end. The LIRR earlier announced it would operate more and longer trains during the repairs.

New York State was expected to shortly complete a deal with developers on the $1.6-billion second phase of the Moynihan station. That phase includes a 300,000-square-foot train hall with another concourse for LIRR customers, retail space and a 92-foot-high skylight roof. Completion is planned for late 2020.