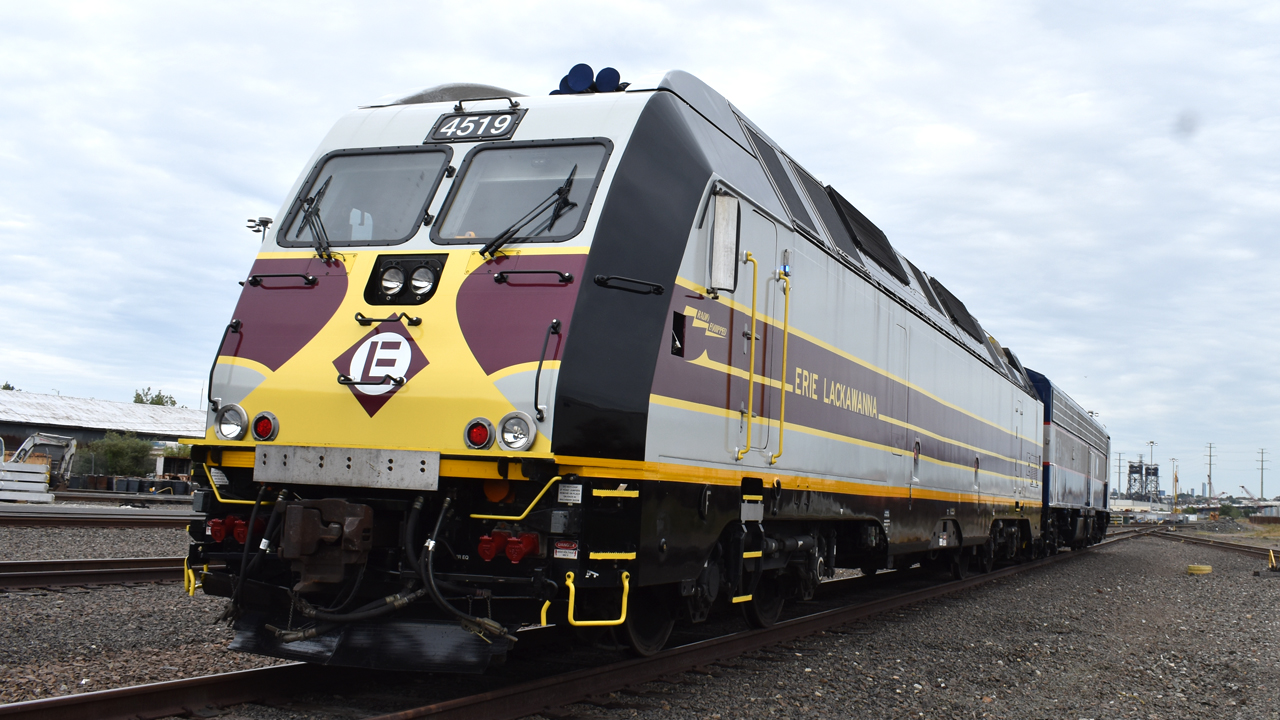 New Jersey Transit has exercised an option worth approximately $70.5 million with Bombardier for eight ALP45-DPA dual-powered (electric-diesel) locomotives. The acquisition is based on a contract awarded in 2008 for 26 initial ALP-45DPs, with an option to purchase up to 63 additional units. In July 2009, NJT purchased nine more ALP-45DPs, increasing the fleet 35 units. In December 2017, 17 upgraded ALP-45DPAs were ordered, upping fleet size to 52. This latest option, the first unit of which is expected to arrive in first-quarter 2022, will bring the NJT fleet to 60 units when delivery is completed.

“By contrast, even if overhauled, the PL-42’s EMD 710 diesel engine cannot be upgraded to Tier IV,” NJT noted. “Additionally, the ALP45-DPAs can take advantage of operating in electric mode whenever overhead catenary is available, which is more cost-effective and environmentally friendly than diesel operation. Replacing a Tier I locomotive with a Tier IV locomotive can result in an estimated emissions reduction of 52.0 NOx tons annually, which supports NJ Transit’s goal of a reduced carbon footprint. They offer an increase in horsepower, acceleration and available head-end power over the locomotives they will be replacing, and will increase mechanical reliability, improve on-time performance and provide operational flexibility.”

NJT said that other benefits of the ALP45-DPA are “self-rescue capability by changing power modes, redundancy by having two engines instead of one, improved diagnostic capabilities and an upgraded pneumatic system.” When placed in revenue service in 2011, following a joint order with Montreal’s Exo (then known as AMT), they were the first of their type in North America, designed to operate push-pull passenger train service on both AC-catenary electrified and non-electrified lines, at speeds of up to 125 mph in electric mode and up to 100 mph in diesel mode.

“This important purchase aligns squarely with our recently released 10-Year Strategic Plan and 5-Year Capital Plan,” said NJT President and CEO Kevin Corbett, the subject of a Railway Age Rail Group On Air podcast sponsored by the Commuter Rail Coalition. “Improving service reliability and the customer experience are among the chief goals in both plans. These new locomotives … will reduce the average age of our fleet, which ultimately results in improved reliability and on-time performance, and reduces service interruptions for customers. They will join hundreds of new railcars and buses the agency has ordered since 2018 to modernize the fleet and replace older equipment, including purchase … 113 new [Bombardier MultiLevel III] railcars, and, joining our fleet this year, 119 new cruiser buses and 110 new articulated buses.”

See the ALP45-DP in action on the NJT North Jersey Coast Line, including the transition from diesel to electric mode at Long Branch, in this Railway Age video: