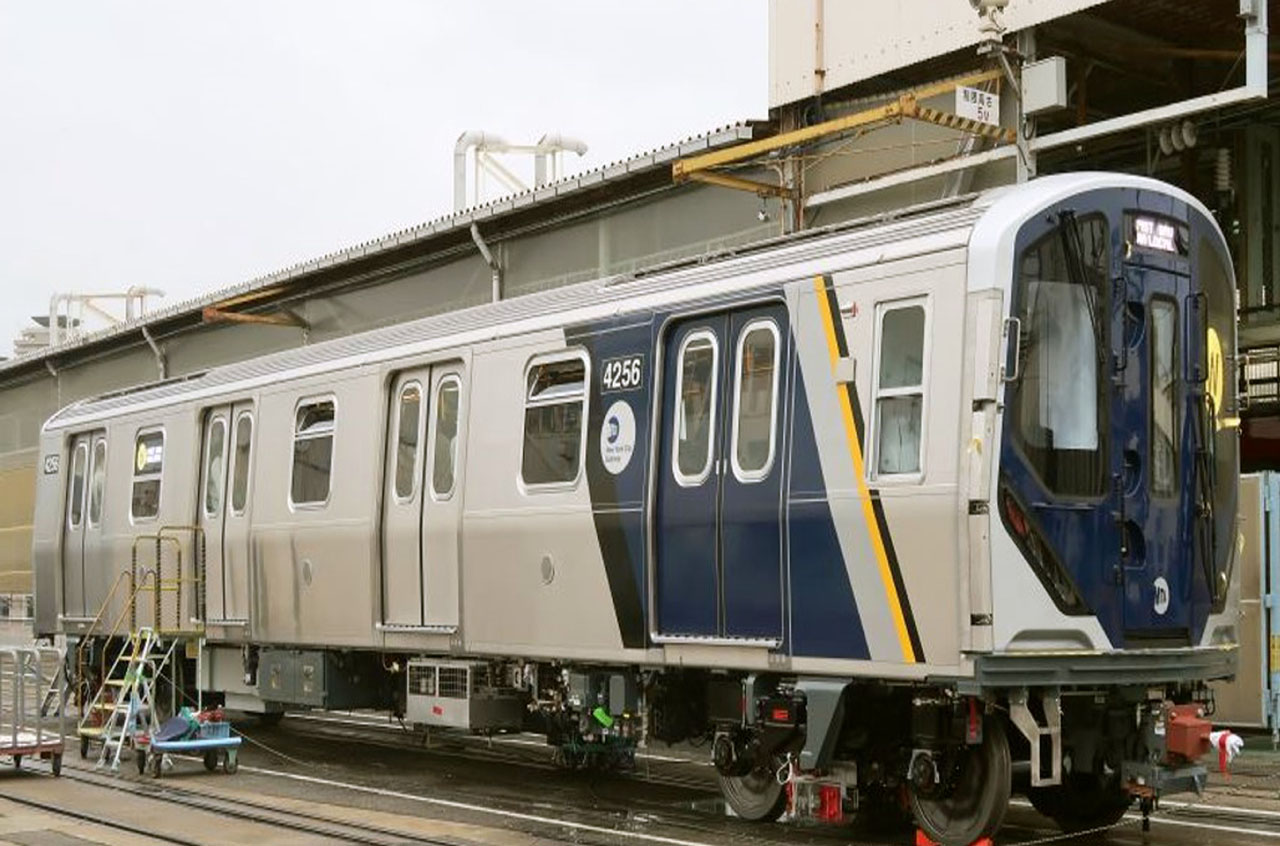 In 2018, the MTA approved a $1.4 billion contract award for 535 R-211 cars to Kawasaki for service on MTA’s B Division and Staten Island Railway. Delivery of the first test cars is scheduled for later this year. This initial contract is part of an overall order for up to 1,025 cars, 750 of which will be the R-211, with open gangways expected to reduce station dwell time and increase capacity.

The R-211s, configured as 150 five-unit trainsets, replaces the doors between cars with a diaphragm that creates longer, open spaces. These cars have become an international standard, MTA says. In London 31% of the Underground fleet will be Open Car End by the end of the year. In Paris, RATP’s figure will climb to 37%; and in Toronto, TTC’s will reach 100%, as Bombardier Rocket cars replace the older fleet.

The door width of the R-211 is expanded from the current MTA standard of 50 inches to 58 inches. “Wider subway doors can reduce delays by allowing customers to enter and exit more quickly, and have also become an international standard,” MTA notes. “According to a computer simulation of passenger flow conducted on behalf of the MTA, in crowded scenarios wider doors can reduce a train’s station dwell time by 32%.”