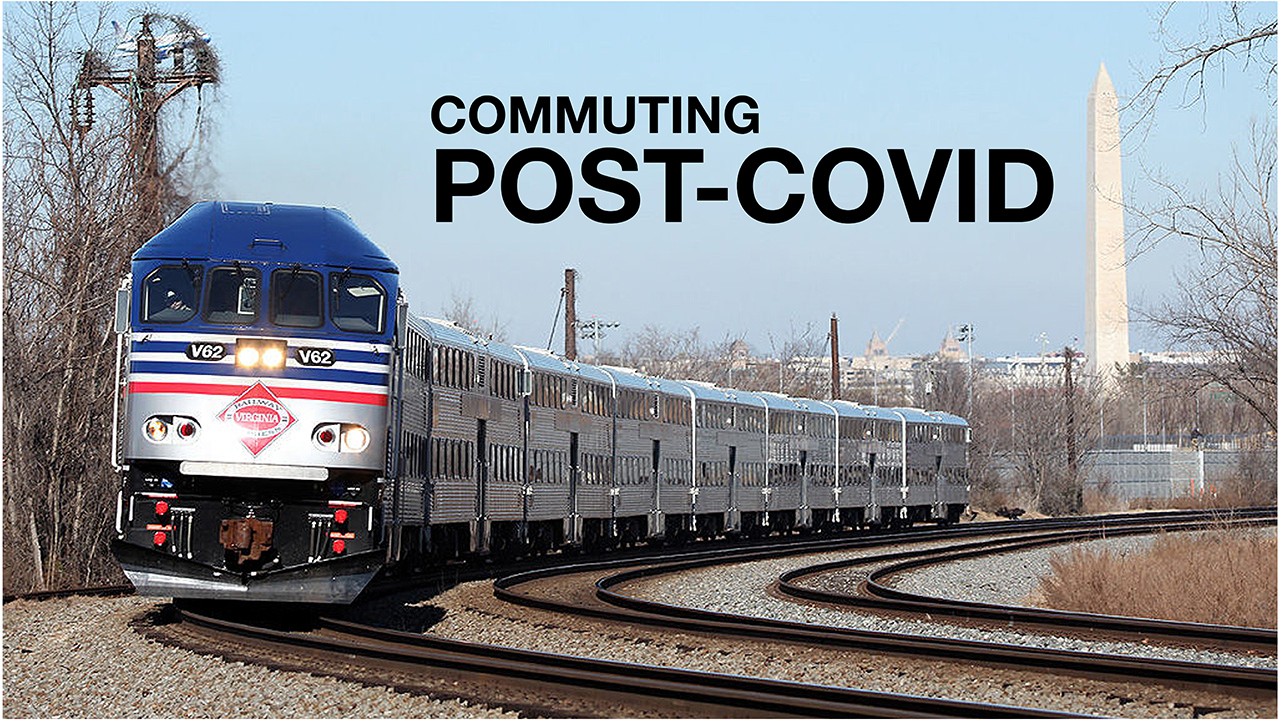 With all due respect to Shakespeare’s characterization of Hamlet and his potential life-terminating decision, today’s rail commuters are facing a less-final but still life-altering question. Will they resume their old commuting habits once the emergency stemming from the COVID-19 virus is over, or will their work lives continue to incorporate the drastic changes that have occurred during the past year?

For more than 150 years, employees have headed toward their offices or other workplaces in the cores of the cities on the train, often at the same time on every workday; once six days a week and now five. Many probably suffered the “slings and arrows” of an “outrageous” experience, especially when their train was late. Maybe they thought it was “nobler in the mind” to find another way to get to work, but they were not in a position to do so until the virus hit the nation last year. Today, some of them don’t worry about going to the office anymore. They are working “remotely” at home and have no commute at all.

I last reported to you about changes in commuting brought by the virus ten months ago, on July 22, 2020. It is now time to take another look, as millions of newly vaccinated individuals are bringing the country back to life. That is what I will do in this series.

In this, Part 1, I will examine commuting by train and how new, recent work patterns are changing it. We will also look at how these emerging work patterns could change cities, which serve as the destinations for most commuters. Part 2 will focus on the “commuter railroads,” especially the large “legacy” systems, to see how they are adjusting their schedules in light of the decline in ridership since the virus hit. With fewer riders, the local railroads run the risk of losing their relevance, and maybe even their purpose. In Part 3, the final in this series, I will examine what the railroads can do to serve themselves and their riders effectively, and make some recommendations toward that goal.

If we consider seats on “commuter trains” as a product, it appears on the surface that there is little relationship between the supply of such seats and the demand for them. Even though commuters pay for the use of those seats during their ride, it is employers who set the level of demand. We will consider the supply in Part 2, but demand was in free-fall after the virus struck last year and is only now beginning to recover. That is not to say that rail ridership generally has not recovered; it has recovered more at other times than during traditional peak-commuting hours.

Commuting by train began shortly after railroading itself started. According to Chicago rail historian and advocate F.K. Plous, a man who lived along the Chicago & North Western Railway planned to take the train into Chicago every workday to get to his office. In return for such frequent riding, the railroad agreed to “commute” his fare, much like a governor or the President “commutes” a prisoner’s sentence by reducing it. Over time, the meaning of the word changed. The daily riders became “commuters” and “commuting” became the act taking the train every day to go to work. One thing that has never changed: It is still less expensive to buy a commutation ticket than to pay separate fares for every trip.

The big change is where people are working today, more than how they are getting there. Many former commuters are working from home, at least some of the time. How many will return to their former routine when the dust settles? We don’t know, but some of them certainly will. It is also likely that necessity and technology have combined to create a cultural change so strong that it has become very difficult to believe that most or all of the pre-COVID commuters will return to their old daily commute.

For about 14 months, at this writing, much of the nation has been involved in a huge experiment: working “remotely,” mostly from home. Some employees have not seen the inside of their workplaces since Friday the Thirteenth of March, 2020. The shutdowns came suddenly, so everybody had to improvise. The phone and e-mail came to the rescue, as did social media and an array of applications like Zoom that host meetings in lieu of traditional in-person encounters.

People adapted to the new reality, and some quickly came to enjoy not having to spend the time and money needed to catch the early morning train into the city five days a week. There are still commuters in the traditional sense, but far fewer than there were at the beginning of last year. Some employees still go into the office, but less-often; once or twice a week for meetings may become the new standard. In the tech sector, future policies may require almost everybody to work in front of the computer screen at home, a phenomenon that is already beginning to catch on.

With more people working at home, their employers receive a benefit, too. They will not need as much office space as they did when everybody showed up in person for work, which means a lower rent bill. When I was in business school, “futurists” would talk about a new work culture: open office configurations, flexible working hours, and more employees working from home. Those ideas sounded like fantasies slightly more than a half-century ago, but now they are beginning to happen. The new paradigm may contain many employees with “hybrid” schedules: going into the office some days and working from home other days. A new custom of “going in only for meetings” would add flexibility, too, and decrease the need for office space that is full during “business hours” and empty at other times.

How much could an employer save if the company could optimize the percentage of employees who work from home on any given workday? We don’t know yet, but there is anecdotal evidence that appears credible. The New York Times reported on April 9 that Jamie Dimon, CEO of JP Morgan-Chase, told shareholders that more employees working remotely would “significantly reduce our need for real estate,” maybe to only 60% of the space required in pre-COVID times.

While JP Morgan-Chase is a huge company, smaller employers would also experience the same phenomenon. If Dimon’s expectation holds for them, too, they could reduce the space for their operations from five floors to three, for example. While that change would make it difficult for local shops and eateries that serve office workers at lunchtime, it would save employers a great deal on the monthly rent. It is difficult to believe that many employers would recall all of their employees to their former daily commutes, when they can go along with Dimon’s expectation and reduce their rent and some other overhead by 40%-50% or more

Another benefit for the employer, although employees hate it, is that some computer software can keep track of every keystroke an employee accomplishes—a level of surveillance that could never be approached in an office setting. The subject is unpleasant, but it is perhaps another reason why some employers would want at least some of their employees working from home.

On the other hand, employees are getting tired of the isolation at home, the current lack of personal interaction, and the loss of a daily change of environments. Are these factors, along with “Zoom fatigue” and others, rendering employees less-productive than they were before the virus? That is what employers are now attempting to learn.

With employers embracing new technology and at least some employees glad to be rid of their old commuting routines, it is reasonable to expect a new scenario, where people work remotely some days and go into the office on other days. The percentage of each will vary from one company to another, but it appears certain that there will be some decline in demand for seats on the train into the cities during the times that have historically been called “peak-commuting” hours.

At the start of the pandemic, when the shutdowns were beginning, I predicted that the number of seats needed to take the remaining riders into New York City at peak-commuting hours would decrease by 30% to 35%. That may have been an underestimate, if Jamie Dimon’s recent prediction is any indication. We don’t know how many five-day-a-week commuters there will be when the dust settles or how often former commuters will go to the office, on average. We also don’t know how many of the remaining trips to the office will be taken later in the day, rather than in time for the traditional start of the business day.

The answers to these questions are still “blowin’ in the wind” as Bob Dylan said, but time will deliver those answers. It is not clear that the commuter railroads are fully prepared to deal with the reality that is almost certainly coming soon. If the speed of Dylan’s proverbial “wind” picks up sufficiently, it could threaten to blow the local railroads way off course. That goes for the legacy systems in the Boston, New York, Philadelphia and Chicago areas, as well as for newer providers in places like Los Angeles.

I will conclude this series with some recommendations about how the railroads can serve their remaining commuters and other riders must effectively in the post-COVID future, one that appears to be getting closer at this writing. First, though, I need to look at what the railroads are doing today to serve their riders, and just to keep going, during the current crisis. There have been some big changes among the local railroads, and there may be more coming soon, because the railroads may lose some of their relevance without them. I will examine those changes more closely in Part 2.