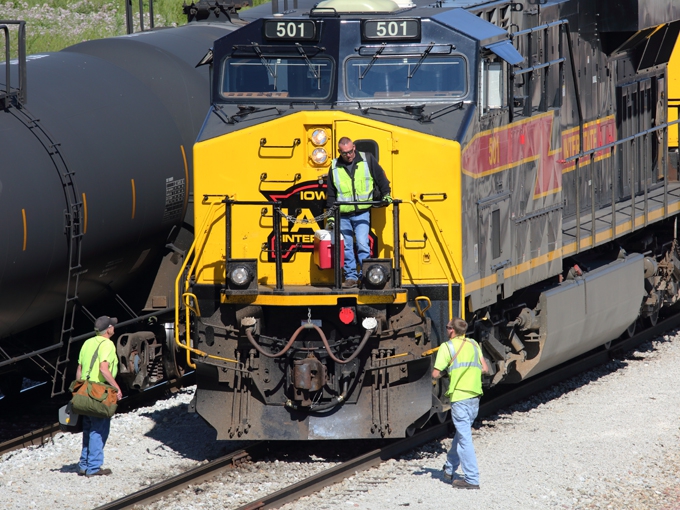 It was an accessory to the jailing of three labor union presidents. It may encourage bad decision-making by rail managers. Its lottery-like jury awards seduce plaintiff attorneys. It can send an injured rail worker to the poor house. And it encourages adversarial relationships in the workplace.

Railroads abhor it; labor leaders adore it. The most senior and conservative Republican in the U.S. Senate is its staunchest supporter.

Say hello to the 109-year-old Federal Employers’ Liability Act (FELA), which has nothing to do with federal workers and everything to do with rail employee on-the-job injuries.

FELA permits rail employees in interstate commerce to recover from their employer damages for workplace injuries. Superseding state laws, FELA is an exclusive remedy. It is unique in requiring the injured first to prove employer negligence, and then subjects monetary awards to reduction proportionate to the employee’s failure to follow workplace safety edicts.

While some 85% of railroad workplace injury settlements are voluntary, the 15% meandering through the judicial system for five years or more are fodder for FELA’s riddance owing to the awards’ monetary size, the railroads’ legal defense costs and the adversarial atmosphere created.

An alternative is folding railroads into the no-fault workers’ compensation programs of the 50 states that protect virtually all other workers, including interstate airline, bus and trucking employees. Also, a free-standing, no-fault rail program could be created, or binding arbitration could be used. Were it so simple. It’s not, as no-fault programs and all manner of arbitration similarly are problematic.

To understand FELA, gaze back to the industrial revolution, when railroads emerged as America’s first large-scale enterprise. Common law generally barred financial recovery for workplace injuries unless the employee was completely free of blame. New hires were forewarned of the inherent dangers of railroading—told their wages covered all risks of injury in an era of link-and-pin couplers and train braking that required a human balancing act atop moving railcars in all weather conditions.

Nineteenth century railroad casualty numbers were horrific. More than 2,000 railroaders died on the job annually, and one in every 35 suffered a workplace injury. President Benjamin Harrison likened the casualty rate to that of war. Safety laws and regulations were in their infancy; medical insurance fanciful. Employee benevolent associations often were the sole financial assistance for families of killed or seriously injured rail workers.

Public awareness—most every family then had a member employed by a railroad—stimulated Congress to pass legislation in 1893 requiring safety features for locomotives and rolling stock, but phase-in was sluggish, and the carnage continued.

Recognizing the limitations of non-uniform state laws, all favoring employers, Congress, with support from President Teddy Roosevelt, crafted FELA in 1908. It demolished the common-law doctrine that employees assumed injury risks, and that their contributory negligence, no matter how slight, barred recovery. FELA did permit awards to be reduced in proportion to an employee’s negligence—the comparative negligence doctrine.

While FELA allows injured railroaders to sue in state courts rather than federal, uniformity is assured by requiring state courts to obey the federal statute.

Creation of FELA was as progressive then as the notion today of universal healthcare insurance. It was not until after FELA’s passage that no-fault workers’ compensation programs proliferated in states. FELA remains the exclusive remedy for injured rail workers.

Unlike FELA, no-fault programs were designed to avoid legal fisticuffs over blame by presupposing joint responsibility for an injury. And where FELA permits unlimited monetary awards for pain, suffering and mental anguish, no-fault programs are capped, with awards limited to lost wages and medical expenses. FELA defenders say that the more severe nature of railroad injuries—frequently career ending or fatal—justify higher awards

Attempts to create a no-fault federal program exclusively for rail workers, or dismantle FELA and fold railroads into the state no-fault programs, were opposed by rail labor organizations and FELA attorneys. Yet rail labor leaders have acknowledged problems.

In 1931, AFL-CIO official Donald R. Richberg said that “the relief afforded by FELA is limited largely to those cases in which an employee is so severely injured that he is willing to gamble …” This complemented a 1928 observation of the Brotherhood of Locomotive Firemen and Enginemen that “in a vast number of [FELA] cases, no relief is afforded [owing to unsympathetic juries].”

Alternative state no-fault programs, however, provide lower monetary awards, which would discriminate against rail workers whose compensation is in the top 7% of the domestic workforce. State programs also ignore the greater wage replacement needs of younger permanently disabled workers versus those closer to retirement. However, railroaders have more extensive health insurance plans than most workers, and Railroad Retirement provides annuities for disabled workers.

Existing contract-interpretation arbitration administered by the National Mediation Board is so riddled with costs, delay and other disgruntlement that it is a problematic replacement for FELA.

Another concern with FELA is monetary awards as divergent as the juries deciding them. In one example, among four accidents resulting in a leg amputation, jury awards ranged from $2 million to $450,000. Voluntary settlements offer greater uniformity as FELA attorneys and carriers utilize confidential matrixes to establish settlement amounts.

The tradeoff between FELA and state no-fault programs, wrote a scholar, is that “the right of the employee [under FELA] to seek a full recovery is removed in exchange for the certainty of more limited benefits [under a no-fault program].”

In seeking FELA’s elimination, railroads say safety laws and regulations are sufficient incentive to provide safe working conditions. FELA defenders say “nothing focuses railroads on safety more than the threat of monetary damages for employee injuries.” FELA also is said to be an effective deterrent to rogue supervisors, in quest of bonuses tied to improved productivity and lower injury rates, from coercing employee violations of safety edicts and intimidating them not to report minor injuries.

Railroads say FELA discourages collaboration to improve workplace safety by creating an adversarial relationship where each party blames the other. But requiring injured workers to establish carrier negligence is said to discourage fraudulent claims.

Evidence is inconclusive that a shift to a no-fault program would save railroads money, although railroads cite the high costs of hiring claims examiners and inside- and outside-counsel to defend against FELA lawsuits. Even no-fault awards are challenged in court; and nearly 99% of FELA cases are settled without going to trial.

While railroads have complained that FELA lawyers engage in so-called forum shopping—suing in locations along the railroad’s routes where jury pools tend to be anti-employer—the Supreme Court recently imposed more strict limits on such filings, generally requiring them filed in states where the injury occurred. A FELA attorney calls it “ironic” that railroads, which invoke the benefit of laws in the many states they operate, balk at having to defend a case wherever they do business.

Whether FELA creates a problematic symbiosis between rail labor unions and personal injury attorneys is open for debate.

Most labor unions promote the use by injured members of so-called designated legal counsel (DLC), who are made honorary union members and solicited to subsidize union gatherings, although they contemporaneously provide educational lectures and respond to legal questions. And where personal injury attorneys frequently charge 40% of a jury award, DLC pledge to limit their fee to 25%. Their knowledge of FELA and railroading is said to justify their preferment. But there are problems.

A former DLC, piqued that his designation was revoked, alleged union officers were improperly accepting sporting event tickets and meals from other DLC in contravention of one rail labor union’s ethics code—a code created following a DLC corruption scandal culminating in the jailing of two former union presidents. Another union ceased sponsoring DLC after its president was jailed for an attempted shake-down of DLC.

Perhaps FELA’s most significant flaw is that injured workers, in taking their claim to trial, risk losing most or all of a monetary award if a jury concludes their own negligence was substantial. But absent unexpected labor-union support for an alternative, it will be arduous in the extreme for railroads to convince even this perceived anti-union Republican-majority Congress to scrap FELA.

Complicating any effort to ditch FELA is that many state no-fault programs specifically and unconditionally exclude rail workers.

A more formidable roadblock, for now, is 83-year-old Sen. Orrin Hatch (R-Utah). Despite his being the most senior U.S. senator and possessing the most solid conservative credentials, Hatch stands as a forbidding bulwark against FELA reform—perhaps because he once represented injured workers in FELA lawsuits, and his son is a DLC.

Railroads may despise FELA, but its durability likely protects it no matter that conservative Republicans control the Executive and Legislative branches of government.