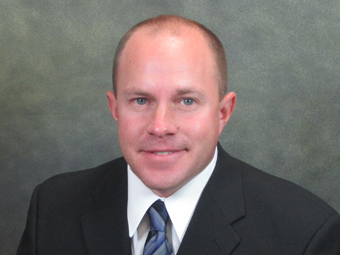 Representing the “best of the best,” these rising stars are making an impact in their respective fields.

“I enjoyed taking part in the judging and am impressed to see so many good, younger people in the industry today; it bears well for the future,” said Little. “The quality of submissions this year was even better than last year and competition was very tough. I continue to be amazed by the competencies, leadership skills, and capabilities demonstrated. The quality of entries indicates that the future leaders for the rail industry are continuing to develop in their areas of expertise and experience. Additionally, we saw great evidence of their impact on both the industry and society as a whole through service to the community at large and developing their colleagues. A common theme was apparent success at work achieved in many cases alongside a carefully managed work/life balance, which is not easy to achieve in this industry.”

Entries, who had to be under the age of 40 as of Jan. 1, 2017 and located within the 50 states, Washington, D.C., Canada and/or Mexico, came from freight and passenger railroads, suppliers and consultants/contractors. They were judged on criteria that included industry experience and education, leadership skills, industry contributions, and community service involvement.

Aaron Adams is a Project Manager at Herzog Contracting Corp., which is involved in new track construction, track maintenance and rehabilitation, station construction, signals and communications, bridge construction, and earthwork. He accumulated more than 20 years of experience in the rail construction industry, where he is an expert in preconstruction services with owners and stakeholders. He began in the field as an operator and has matured in the industry via his hands-on experience and temperament. He has an innovative and creative air about him that allows for endless outside-the-box thinking, which has led to safer, more cost-efficient, schedule-saving and problem-solving ideas. His strong partnering mentality with clients and stakeholders on both current and past projects has and will add value to any Project Management Team. Adams manages people and projects with a fair and balanced mindset. 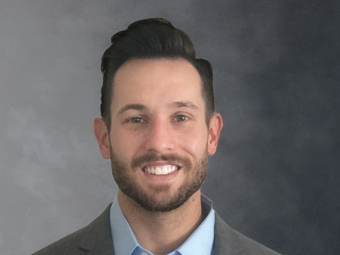 Kyle Baker started with Bergmann Associates, a consultant engineering firm located in Jacksonville, Fla., that specializes in structural/geotechnical projects for the United States Department of Transportation, Army Corps of Engineers, and several waterfront/heavy civil engineering contractors. During this time he was employed as a junior structural engineer working on several projects throughout Florida while pursuing his Master’s Degree in Structural Engineering through the University of North Florida. In 2013, he joined Genesee & Wyoming Railroad Services where he worked for two years as a senior structural design engineer, then assumed the role of Manager of Structures. In this role, he is responsible for all G&W structural/geotechnical design related projects across the U.S. This encompasses approximately 8,500 bridges along with several hundred miscellaneous structures. 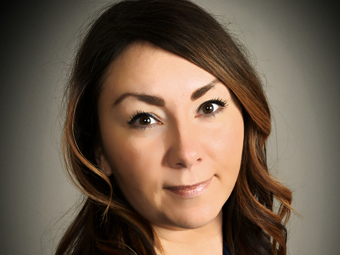 Anastasia Austin is assistant vice president business excellence for Kansas City Southern (KCS) (NYSE, KSU). Headquartered in Kansas City, Mo., KCS is a transportation holding company that has railroad investments in the U.S., Mexico and Panama. KCS’s North American rail holdings and strategic alliances are primary components of a NAFTA Railway system, linking the commercial and industrial centers of the U.S., Mexico and Canada. In her current role, which she has held since September 2016, Austin leads a team supporting operations process improvements and efficiency initiatives. She joined the company in 2008 and has held a variety of accounting and finance roles, including leading the team responsible for providing all aspects of financial decision support services to the company’s operations groups. Prior to KCS, she spent five years in internal audit roles in the financial services and telecommunication industries. Austin holds a master of business administration-finance, master of science in accounting and bachelor of business administration degrees from the University of Missouri-Kansas City.

Michael A. DiArenzo, Manager of Asset Planning and Administration, Conrail 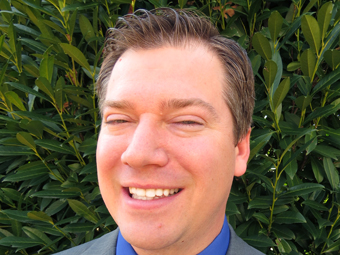 Michael DiArenzo is a second-generation railroader, both parents having worked for Penn Central and “Big Conrail.” This past January, DiArenzo celebrated his ten-year anniversary with the company, having started out as a field employee in engineering, and worked his way up the corporate ladder as a track supervisor in the Camden and Philadelphia sub-divisions, to the current position he holds today. DiArenzo is a dedicated employee who is responsible for supporting Conrail’s engineering field operation, managing the engineering contract services and material purchasing for routine maintenance and major projects. He also handles a major portion of Conrail’s capital program, which includes shared state and federal funded track infrastructure projects. DiArenzo currently lives in Springfield, Pa., with his wife, Jennifer, one year-old daughter, Hailey, and chocolate Labrador, Sheldon. In his spare time, he enjoys playing golf, working on home projects, being an active member of his local church, and spending time with his family. 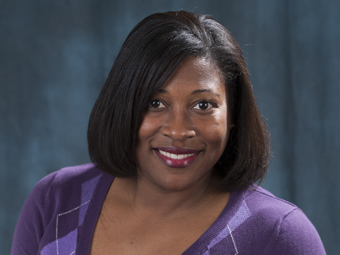 Elaina Blanks-Green is a general tax attorney who evaluates and advises on the tax treatment of various matters, some of which may have tax implications into the millions of dollars. Specifically, Blanks-Green engages with members of numerous departments to analyze potential tax implications for a diverse range of matters including buying and selling real and personal property, leasing and licensing various property including track and improvements, reviewing tax submissions from vendors for compliance, reviewing and drafting agreements and contracts, providing illustrations regarding the tax impact of proposed deal structures, and analyzing and interacting with various public entities regarding grants for improvements. In addition to the above, Blanks-Green also interacts with and oversees various controversy matters including government examinations of income, property, sales and use, business license and employment returns. As a devoted community servant, she has volunteered in a number of capacities to many organizations. 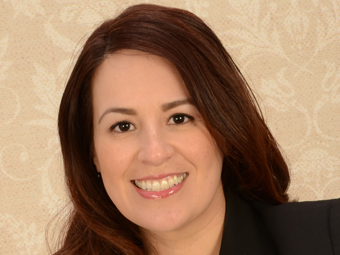 Luisa Fernandez-Willey is a senior economist for the Association of American Railroads (AAR). She is responsible for conducting quantitative and qualitative research and analysis on economic and policy issues affecting freight railroads, their customers, and their competitors in response to the needs of various AAR departments, committees, and its constituent railroads. Additionally, she is responsible for assisting with the data collection, processing, editing, and production of several AAR publications and databases. Most recently, she managed the analysis for the Economic and Fiscal Impact Analysis of Class I Railroads and conducted webinars where she discussed economic data and railroad traffic trends. Fernandez-Willey’s professional experience prior to joining the AAR includes financial management consulting, economic research supporting government and private sector clients, and academia. She is also a published economist. Fernandez-Willey holds an M.A. in Economics from the University of Missouri-Kansas City. 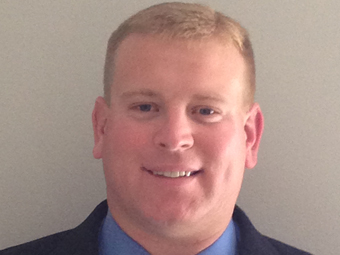 A former captain of the Michigan Tech football squad, Derek Harter started in railroading in 2009 as an engineering intern at CN. In November 2011, Harter joined Canadian Pacific as a project engineer out of Bensenville, Ill. In 2012 he was promoted to division engineer in Chicago, responsible for the entire engineering group from Chicago to Milwaukee and across Wisconsin, accountable for track, production, signals and communications, and structures. Harter managed all of these responsibilities at a time when the company was undergoing a significant overhaul, changing the safety and operating cultures across the entire territory. A new president and CEO arrived at CP with a mandate to improve the railroad’s standing. This meant an all-inclusive change to how the railroad operated, from resource levels to operating practices, requiring a complete culture shift. As a talented but young leader, Harter found himself having to help bring these changes to life on the front line, motivating people who were in some cases 20 to 30 years his senior. 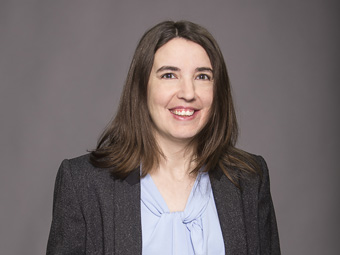 Over the past decade, Nicole Jackson has become one of the industry’s most respected grade crossing safety experts, focusing on traffic signal and railroad system design. She has conducted preemption training sessions across the U.S. and Canada; contributed peer-reviewed articles to professional journals; and helped design and implement grade crossing safety systems for noted transportation organizations. Jackson’s professional goals center around her desire to make grade crossings safer for everyone. She is driven to share the knowledge gained over the last 16 years to help improve safety for the traveling public, as well as to educate and mentor people in the industry who share her passion to make the world a better and safer place. Jackson is a registered professional engineer in 32 U.S. states and two Canadian provinces, as well as a registered Professional Traffic Operations Engineer. Prior to working for CTC, she held the position of Senior Traffic Engineering Specialist with the Missouri Department of Transportation. 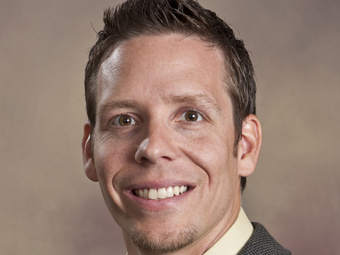 Greg Dreeszen of Jacobs is helping lead the way for high speed rail as the Structures Design Lead for the pursuit and delivery of the $1.3 billion 65-mile California High Speed Rail Construction Phase 2-3 Project through California’s Central Valley. He uses his strong leadership and communication skills to manage a talented group of almost 80 structural engineers from offices across the country. As structures design lead, Dreeszen works closely with the contractor and develops innovative solutions to project challenges as they appear. He also provides the main interface with the High Speed Rail Authority, its review teams, and many third parties. Dreeszen continually gains an understanding of each party’s needs and, when conflicts arise, strives to find agreement. Prior to working on the high speed rail, he helped deliver the EAGLE P3 Project, part of the Denver RTD FasTracks program, as lead structural engineer. 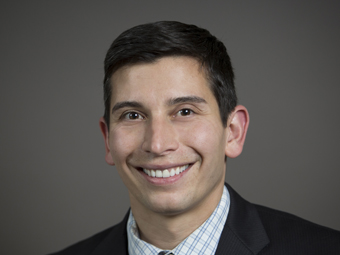 Evan Sevel began his career with Schaeffler Group USA, holding positions spanning the mining, construction, rail, gas, automotive, and industrial industries. Today, he holds a key leadership seat within Harsco Corp. as a member of the company’s Rail Leadership Team serving as Global Director of Equipment. His pursuit of drone technology, vision and collision avoidance systems addresses one of maintenance-of-way’s most critical pressure points: safety. Sevel and his team are focused on developing equipment and solutions that optimize network utilization and network availability, creating the progressive infrastructure that helps protect the human equation in railway technology, keeping individuals out of harm’s way. He holds a B.S. in mechanical engineering from Ohio State University and an M.B.A from the University of Chicago. Sevel is a board member of the product management consulting firm Sequent Learning. 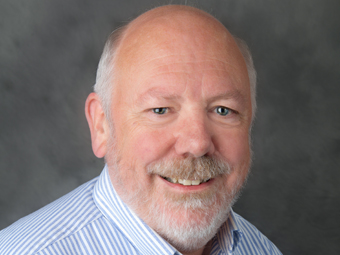 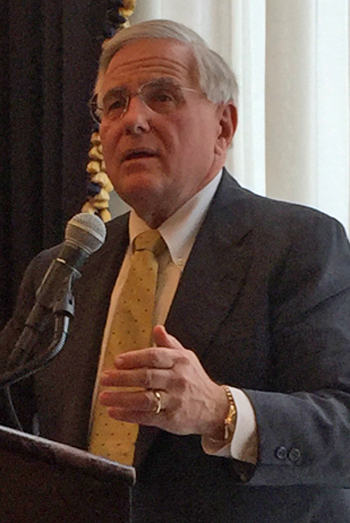 Ronald L. Batory is a career professional with more than 45 years of line and staff experience in the railroad industry, serving in various administration and operating management positions of considerable responsibility. He spent the first 23 years of his career working for eastern and western Class I railroads in addition to assisting a court-appointed trustee’s successful oversight of a regional railroad bankruptcy. In 1994 he was appointed President of The Belt Railway Co. of Chicago, a jointly owned switching and terminal subsidiary of the then-nine Class I’s. His leadership in serving BRC’s owner railroads in the Chicago Gateway led to CSX and Norfolk Southern recruiting him to Conrail in preparation of its STB-approved partitioning and establishing what is now known as the Shared Assets Areas. Providing a plain of equality for joint competition later favored him for being appointed to his current position.